According to Unity Biotechnology, its trial for the small molecule inhibitor of Bcl-xL found improvement in visual acuity and central subfield thickness observed in diabetic macular edema and wet age-related macular degeneration patients treated with UBX1325.

Unity Biotechnology Inc. has announced positive data from its Phase 1 safety study of UBX1325 in patients with advanced disease from DME or wet AMD for whom anti-VEGF therapy was no longer considered beneficial.

UBX1325, a small molecule inhibitor of Bcl-xL and the first senolytic therapeutic evaluated in an ophthalmological clinical study, was well-tolerated with no treatment-related adverse events or dose-limiting toxicities.

In a new release, Unity announced that the first patient has been dosed in a Phase 2a clinical study to assess the safety and efficacy of UBX1325 in a broader population of patients with DME, and data is expected in the first half of 2022.

In addition, Unity announced that it is enrolling additional patients with advanced wet AMD in the Phase 1 study to gather additional data to support a Phase 2a study in wet AMD.

These studies are expected to generate data to inform the efficacy of UBX1325 in a wider range of patient populations, including those who are refractory to anti-VEGF treatment.

According to Anirvan Ghosh, PhD, chief executive officer of Unity, the team is pleased with the initial efficacy in UBX1325, including “improvements in vision and structure in advanced patients, which suggest that UBX1325 may benefit a wide range of patients suffering from DME or wet AMD.”

“UBX1325 targets an entirely novel mechanism to eliminate senescent cells in the retinal and choroidal vasculature, a potential root cause of disease progression, and could provide a valuable alternative or adjunctive treatment option to anti-VEGF therapies,” Ghosh said in a statement. “We look forward to several important data readouts in the coming year that will further inform the optimal treatment regimen for UBX1325 in patients with DME and wet AMD.”

Jeffrey Heier, M.D., director of the Vitreoretinal Service and Retina Research at Ophthalmic Consultants of Boston, the imaging data demonstrating structural improvements in the retina are compelling at this stage of clinical development and represent defined endpoints for disease improvement.

“Importantly, UBX1325 is an entirely new treatment modality for eye disease and is particularly exciting for this patient population for whom new therapeutic options could provide significant additional benefits alone or in combination with anti-VEGF agents,” he said in a statement.

According to the company, the Phase 1, first-in-human, open-label, single-ascending dose study included 12 patients with advanced DME or wet AMD who were no longer expected to benefit from anti-VEGF therapies.

The clinical trial found that UBX1325 was well tolerated in this patient population and demonstrated a favorable acute safety profile supporting further clinical development. There were no dose-limiting toxicities observed, with two nonserious, nondrug-related adverse events reported. In addition, patients treated with UBX1325 had improvements in vision and retinal structure as summarized below.

Treatment of patients with UBX1325 resulted in the following clinical changes:

Jamie Dananberg, MD, chief medical officer of Unity, pointed out that patients enrolled in the study had advanced disease for whom anti-VEGF therapies, the standard of care for DME and wet AMD, were no longer thought to be of benefit.

“Seeing treatment-related improvement in these difficult-to-treat patients is very promising and supports the investigation of UBX1325’s potential as a differentiated, disease-modifying treatment option for a broad patient population,” Dananberg said in the statement. “We look forward to further exploring the efficacy of this novel mechanism to alter the course of disease progression in DME patients in the recently initiated Phase 2a study.” 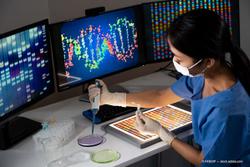 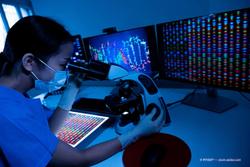