If the BLA is approved, the company could receive 12 years of marketing exclusivity for an FDA-approved alternative for the most frequently used anti-VEGF treatment in wet AMD patients in the United States. 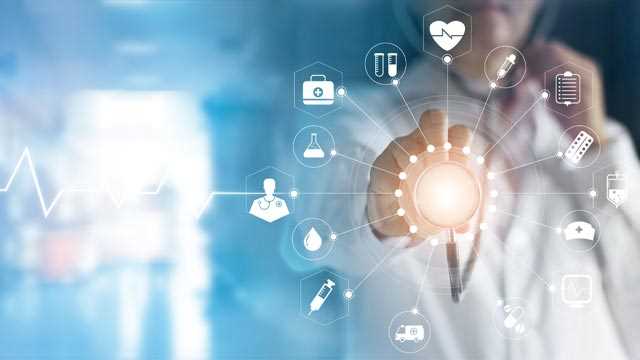 Outlook Therapeutics Inc. today announced it has submitted its Biologics License Application (BLA) to the U.S. Food and Drug Administration (FDA) for ONS-5010, an investigational therapy which, if approved, will be branded as LYTENAVA (bevacizumab-vikg), for the treatment of wet age-related macular degeneration (wet AMD).

If approved, ONS-5010 could replace the current practice of using unapproved repackaged IV bevacizumab sourced from compounding pharmacies for the treatment of wet AMD.

Russ Trenary, president and CEO, Outlook Therapeutics, noted that the BLA submission for the company’s investigational ONS-5010 not only marks a very significant moment for Outlook Therapeutics, but represents a real step forward for potentially providing an on-label, FDA-approved alternative for the most frequently used anti-VEGF treatment in wet AMD patients in the United States.

“If approved for marketing, we hope to see our ophthalmic bevacizumab become a valuable on-label therapy offering clinicians and their patients a safe and effective ophthalmic formulation of a treatment whose value has been proven over many years of clinical practice,” he said in a statement. “We are excited for the potential to offer an ophthalmic bevacizumab formulation that ships straight from our factory partners to distribution centers while avoiding the risks of using unapproved repackaged IV bevacizumab that is approved for intravenous use but not for intravitreal administration.”

In anticipation of potential FDA marketing approval in late 2022 or early 2023, Outlook Therapeutics has begun commercial launch planning, including best-in-class partnerships with FUJIFILM Diosynth Biotechnologies for drug substance, and with drug product manufacturer Aji Biopharma Services for finished drug product. The Company also is actively building out its distribution and commercial team structures.

Terry Dagnon, COO with Outlook Therapeutics, noted that the significant efficacy results we are submitting from our NORSE TWO Phase 3 pivotal trial demonstrated the 1-, 2- and 3-line visual acuity responders one would hope for in a pivotal wet AMD trial.

“Additionally, given the need to address the potential public health concerns related to repackaged IV bevacizumab, we are submitting the important integrated safety data from our NORSE registration clinical program,” Dagnon said. “While noting reported ocular inflammation safety data from other recent product development efforts in wet AMD, we are very excited to be submitting our safety dossier. We observed a total of one ocular inflammation adverse event (iritis) reported from our three completed NORSE clinical studies. When normalizing this single event to the large number of ONS-5010 injections in our clinical trials, it occurred at a 0.05% incidence.”

“The retina community is very excited about a potential on-label treatment option of bevacizumab and the data we have seen from Outlook Therapeutics makes this a real treatment option for us upon FDA approval,” Firas M. Rahhal, MD, Retina-Vitreous Associates Medical Group, Assoc. Clinical Professor of Ophthalmology, UCLA School of Medicine, said in a statement.
NORSE Registration clinical program for wet AMD

According to the company, the BLA submission is based on the totality of data from Outlook Therapeutics’ wet AMD clinical program for ONS-5010, which consists of three completed registration clinical trials: Norse I, Norse II and Norse III.

NORSE I was a clinical experience trial involving 61 wet AMD participants at nine trial sites in Australia. It compared ONS-5010 to ranibizumab (LUCENTIS) as a treatment for wet AMD. NORSE ONE showed the first markers of efficacy and safety in humans for ONS-5010 ophthalmic bevacizumab. In the trial, ONS-5010 efficacy and safety data were consistent with historical published studies of bevacizumab in ophthalmology. Norse I also supported the trial design and inclusion criteria established for Norse II, the pivotal Phase 3 registration clinical trial.

The Norse II Phase 3 pivotal trial enrolled a total of 228 wet AMD patients at 39 clinical trial sites in the United States. It was a superiority trial design comparing the safety and efficacy of ONS-5010 ophthalmic bevacizumab dosed monthly against ranibizumab (LUCENTIS) dosed according to the PIER dosing regimen in the LUCENTIS label. The trial data met both their primary and secondary endpoints with high statistical significance and clinical relevance. For its primary endpoint, 41.7% (p = 0.0052) of patients gained at least 15 letters of vision, and for its secondary endpoints 56.5% (p = 0.0016) of subjects gained ≥ 10 letters of vision and 68.5% (p = 0.0116) gained at least 5 letters. The key secondary endpoint was also met: mean change in BCVA from baseline to Month 11, which was 11.2 letters gained (p = 0.0043). The NORSE TWO data also showed a strong safety profile consistent with previously reported data for ONS-5010 and prior research.

Norse III was an open-label safety study of ONS-5010 in 197 patients conducted in the United States to provide the necessary number of retina patients dosed with ONS-5010 to complete the requirements of the BLA.
Safety results across the three NORSE trials demonstrated a strong benefit-to-risk safety profile. Across all 3 ONS-5010 registration trials, there was only 1 ocular inflammation adverse event, which was reported in NORSE TWO; the event was treated topically and resolved without sequelae. The most common adverse reaction (≥ 5%) reported in patients receiving ONS-5010 was conjunctival hemorrhage related to the injection procedure (5%). These safety findings continue to support minimal ocular inflammation and safety signals consistent with what was previously reported in the 2011 CATT trial (National Eye Institute) and other large adequate and well-controlled ophthalmic studies of bevacizumab.

About ONS-5010
ONS-5010 is an investigational ophthalmic formulation of bevacizumab under development to be administered as an intravitreal injection for the treatment of wet AMD and other retinal diseases. Because no currently approved ophthalmic formulations of bevacizumab are available, clinicians wishing to treat retinal patients with bevacizumab have had to use unapproved repackaged IV bevacizumab provided by compounding pharmacies, products that have known risks of contamination and inconsistent potency and availability. If approved, ONS-5010 can replace the need to use unapproved repackaged IV bevacizumab from compounding pharmacies for the treatment of wet AMD.

Bevacizumab-vikg is a recombinant humanized monoclonal antibody (mAb) that selectively binds with high affinity to all isoforms of human vascular endothelial growth factor (VEGF) and neutralizes VEGF’s biologic activity through a steric blocking of the binding of VEGF to its receptors Flt-1 (VEGFR-1) and KDR (VEGFR-2) on the surface of endothelial cells. Following intravitreal injection, the binding of bevacizumab-vikg to VEGF prevents the interaction of VEGF with its receptors on the surface of endothelial cells, reducing endothelial cell proliferation, vascular leakage, and new blood vessel formation in the retina.