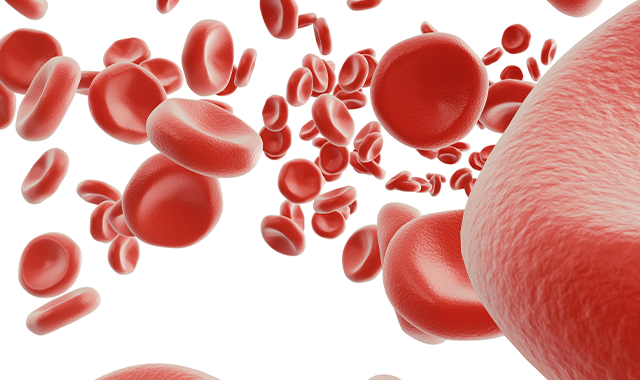 Reviewed by Jennifer Irene Lim, MDSpectral-domain optical coherence tomography (SD-OTC), an interferometric technique that provides depth-resolved tissue structure information encoded in the magnitude and delay of the back-scattered light by spectral analysis of the interference fringe pattern, is offering ophthalmologists another way to battle the wide range of issues patients can present on a daily basis, including sickle cell retinopathy. AD-OTC and microperimetry offer new options for physicians.

“The era of advances in retinal imaging allows observation of subclinical sickle cell retinopathy even when no findings are visible clinically,” said Jennifer Irene Lim, MD, the Marion H. Schenk Chair Professor of Ophthalmology, and director of the Retina Service, University of Illinois at Chicago, Illinois Eye and Ear Infirmary, Chicago. “These findings add to the clinical staging system described by Mort Goldberg, MD.”

The value of SD-OCT is clear in the case of a 26-year-old patient with sickle cell disease. A fundus photograph showed retinal whitening, and five weeks later OCT showed retinal thinning corresponding to the areas of retinal infarction.

In 2011, Dr. Lim and her colleagues reported sickle cell thinning in the maculas of 42 patients who had excellent vision. The foveal depression sign was observed in some patients, while others had no clinical findings.

These findings prompted the investigators to conduct a prospective study that included 513 sickle cell eyes of 260 patients and 75 control eyes of 39 patients (age range from 18 to 75 years), most of whom had good vision. “We found that at baseline, the retina was thinner in sickle cell eyes compared with controls,” Dr. Lim said. “In addition, the measurements obtained by SDOCT were significantly lower in the sickle cells eyes compared with the controls both in the central subfield and the four inner subfields, and the thinning worsened with aging.”

Interestingly, Dr. Lim pointed out, in addition to the correlation of the ocular findings with thinning, systemic diseases are as well, which she explained, indicates that severe sickle cell disease is correlated with the macular and inner subfield thinning.

“This was true for avascular joint necrosis, seizure disorder, hypertension, pulmonary embolism, and deep vein thrombosis,” she said. “It appears that SD-OCT imaging adds useful information because eyes with the same Goldberg stage can be differentiated based on retinal thickness.”

Dr. Lim also noted that longitudinal studies are underway to determine the predictive value of these findings. The retinal nerve fiber layer is also affected in these eyes, and they were shown on OCT to be thinner. The degree of the thinning was correlated with the severity of the temporal macular thinning.

“This has indications for glaucoma development and monitoring, suggesting a lower threshold for damage in these eyes requiring more aggressive treatment,” Dr. Lim said.

In a study of 18 sickle cell eyes and nine controls, OCTA was more sensitive than fluorescein angiography and identified abnormalities mostly in the temporal juxtafoveal area. The investigators found lower capillary density in the superficial and deep areas and in areas with retinal occlusions.

A noteworthy observation was that these superficial and deep abnormalities, which corresponded to areas of SD-OCT thinning, were present in 20% of adolescent patients. A large study of 46 patients with sickle cell disease found that 38% of eyes had discrete areas of foveal and parafoveal flow loss in the superficial or deep areas or both. The flow loss also was correlated with thinning seen on SD-OCT and with the visual acuity.

“We found that these parameters differed significantly in sickle cell compared with control eyes, and, therefore, can serve as biomarkers for sickle cell disease severity,” she noted. These parameters allowed differentiation of stage 2 or 3 disease from controls.

Advances in ocular imaging have led to new findings of subclinical sickle cell retinopathy that add to the Goldberg staging system of the disease, she said.

Jennifer Irene Lim, MD
E: jennylim@uic.edu
Dr. Lim has no financial interest in any aspect of this report.