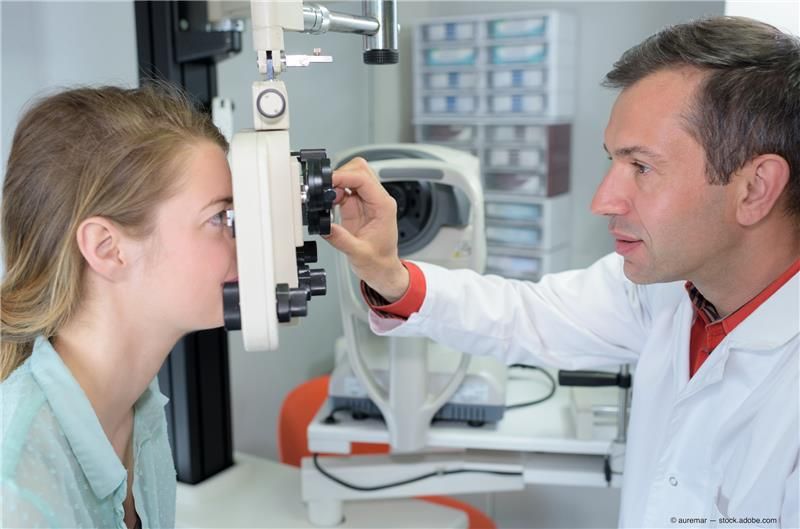 IOP-lowering treatment may not prevent progression of visual field and disc damage.

This article was reviewed by James C. Tsai, MD, MBA

Normal-tension glaucoma (NTG) is a common entity-in the United States, it comprises approximately one-third of glaucoma cases and in Japan and China, respectively, about 80% to 90% and 70% to 85% of all cases.

IOP is the only medically treatable factor associated with glaucoma, but in NTG, IOP-lowering treatment may not always prevent progression of visual field (VF) and disc damage.

“Factors other than IOP may be responsible for progressive disc cupping and VF loss in the setting of normal eye pressures; genetic and other factors also play a role,” according to James C. Tsai, MD, MBA, president, New York Eye and Ear Infirmary of Mount Sinai and the Delafield-Rodgers Professor and System Chair, Department of Ophthalmology, Icahn School of Medicine at Mount Sinai, New York.

According to the American Academy of Ophthalmology, NTG is a subset of primary open-angle glaucoma (POAG) that has very characteristic optic disc, nerve fiber layer, and VF signs consistent with glaucoma: adult onset.

Tsai recounted and added that in isolated cases, the IOP can fluctuate slightly higher than 21 mm Hg. He cited a study1 that suggested NTG may have a different threshold for retinal ganglion cell death at a certain IOP compared with POAG. In addition, in a population-based study in the United States, the Beaver Dam Eye Study2 reported that approximately one-third of patients diagnosed with glaucoma had NTG.

It is noteworthy that NTG may be associated with older patient age compared with patients who have POAG. In addition, more women seem to develop NTG compared with men, and in cases with asymmetric disease, the eye with the higher IOP tends to have greater damage.

Of note, the appearance of the optic discs in highly myopic young to middle-aged Chinese men resembles NTG, but the difference in these patients is that the VF damage progresses differently from that seen in POAG.3

When taking a medical history in patients who may have NTG, he pointed out that in many cases they will report Raynaud phenomenon, migraines, coagulopathies, and autoimmune diseases. Some patients are thought to have serum autoantibodies and perhaps some T-cell subset alterations in certain patients with NTG.4

The optic discs in patients with NTG often have thin disc rims with associated disc hemorrhages. Tsai cautioned that these disc hemorrhages can be extremely subtle and difficult to detect.

He mentioned that in the Collaborative Normal-Tension Glaucoma Study, the presence of disc hemorrhages was correlated strongly with NTG progression.5 It remains controversial whether the disc hemorrhages are the cause and/or the effect of NTG.

Some early studies have reported the presence of disc hemorrhages in eyes that were thought to be healthy but in which the IOP later increased, Tsai pointed out, adding that this observation was confirmed later by the Ocular Hypertension Treatment Study.

Because NTG can be difficult to nail down, Tsai pays particular attention to the patients’ presenting complaints, such as difficulty reading or playing golf or tennis. He explained that clinicians first rule out occult ocular hypertension.

“Confirm glaucomatous cupping,” he said. “The glaucomatous VF has to correspond to a type of retinal nerve fiber layer loss that is observed on optic disc/peripapillary examination. Then, the extensive differential diagnosis must also be excluded.”

NTG is a diagnosis of exclusion, and Tsai warned and the list of exclusions is long. To rule out undetected OAG, Tsai advised measuring the IOP more often and throughout the day. Other disorders to look for are intermittent IOP elevations, angle closure, and corticosteroid-induced glaucoma. He also suggested that doctors consider glaucomatocyclitic crisis.

Burnt-out pigmentary glaucoma is another component of the differential diagnosis. In this disorder, patients have elevated IOP that is undetected when they are in their 20s to 30s; later on, the IOP decreases to the normal range (as the reverse pupillary block of their disease abates), and these patients present with marked disc cupping and VF defects, while the untreated IOP is measured in the normal range, Tsai explained. He emphasized that it is important to rule out a nonglaucomatous optic nerve.

The diagnoses that are more ominous and more important to rule out are neurologic in nature, such as a meningioma, adenoma of the pituitary gland, empty sella syndrome, Leber optic atrophy, and syphilis.

On top of this, there is the possibility that the patient has a tonometric error, a thin cornea, or just underwent LASIK. Tsai emphasized the importance of evaluating the cornea due to its impact on correctly making a diagnosis of NTG.

Related: Assessing the right angle: Surgeons getting back to basics

The study showed that younger age, lower visual acuity, vertically aligned VF defects, and neuroretinal rim pallor are likely associated with an intracranial lesion. Another report added to that higher risk list and suggested that a mismatch between the degree of cupping and the size of the defect.

Acuity below 20/40 is worrisome but is not always a positive indicator of NTG or a central nervous system lesion. In contrast, younger age, an afferent pupillary defect, abnormal color vision, vertical defect, and sharply defined areas of pallor greater than areas of cupping, all point to an intracranial lesion.

James C. Tsai, MD, MBA
E: jtsai@nyee.edu
Dr. Tsai has a financial interest in the subject matter of glaucoma and is a consultant to Eyenovia, ReNetX Bio, and Smartlens.