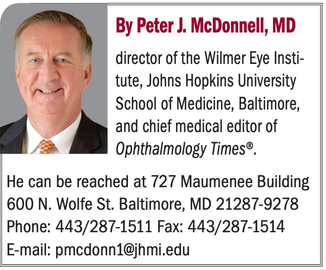 From the perspective of most sales reps, the vast majority of physicians are intelligent, professional, and pleasant to interact with. Some however, are not and include outrageously rude and dismissive behavior, unwelcome sexual overtures (both verbal and physical), and inappropriate requests for quid pro quos in which the sales representative would provide some financial reward to the physician in return for prescribing behavior.

"There are worse things in life than death. Have you ever spent an evening with an insurance salesman?"

Later, I realized that my father's treatment of salespeople was influenced by my grandfather. An orphan who came to this country by himself at age 12, my grandfather never went to college, but made a living by selling insurance. I also found out that, as a general surgeon, my dad frequently had sales representatives ("sales reps") from drug and device companies visit the clinic that he oversaw as medical director. Although he was busy, he told me he always made some time to listen respectfully to the visitor, and it annoyed him when the other surgeons did not do the same.

Those memories came to mind when I was speaking with some friends (male and female) who used to be sales reps for pharmaceutical companies. The conversation turned to what it was like to interact with physicians in that role. Some of the anecdotes that came out were frankly hard to listen to: outrageously rude and dismissive behavior, unwelcome sexual overtures (both verbal and physical), inappropriate requests for quid pro quos in which the sales representative would provide some financial reward to the physician in return for prescribing behavior. Sometimes, the reps left a doctor's office feeling completely humiliated, without knowing where to turn for support.

Having grown up as the only brother of five sisters and now being the father of two daughters, I find the idea that some male physicians regularly feel free to accost female sales representatives sexually is particularly outrageous. Those doctors are apparently well known by the female reps because they have a consistent pattern of behavior.

Those stories made me wonder if sales reps are disgusted with all physicians. "Not at all," my friends assured me. From the perspective of most sales reps, the vast majority of physicians are intelligent, professional, and pleasant to interact with.

A Web site for pharmaceutical salespeople is http://www.cafepharma.com/. Visit it sometime and read a message board where reps describe some of their experiences with physicians ( http://www.cafepharma.com/boards/showthread.php?t=109619/). Among the "outrageous behaviors" recounted: doctors screaming at reps because the free lunch being provided wasn't to the physician's taste; written sales aids being ripped up and thrown at the rep because the doctor "was having a bad day"; female reps being groped. Pretty sobering stuff.

Does spending life in school and medical training, followed by a highly paid position with all the prestige accorded physicians explain why some physicians would be so arrogant? Does being busy in clinic, as most physicians are, justify treating salespeople like dirt? Even if it is only a modest fraction of doctors who behave so inappropriately, no doubt those very negative interactions are particularly memorable.

By the way, there is also a lot of juicy gossip on http://www.cafepharma.com/, although some of it strikes me as being a bit mean-spirited.