Microinvasive glaucoma surgery in children: Is there a role? 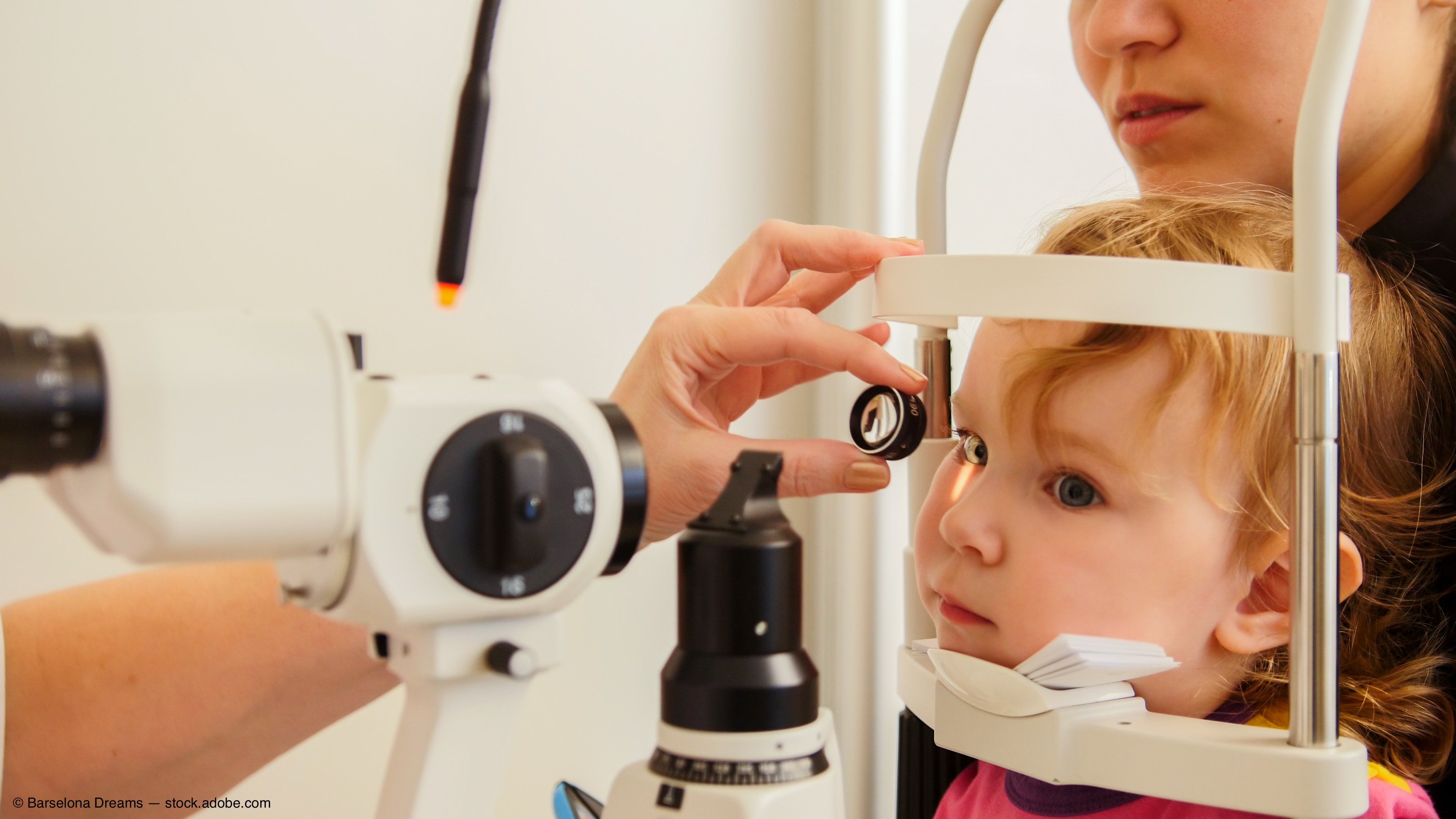 Translimbal MIGS may play an important and increasing role in the management of childhood glaucoma.

This article was reviewed by James D. Brandt, MD

Childhood glaucoma is rare enough that it remains in many ways an orphan disease, according to James Brandt, MD, of the University of California Davis Medical Center.

According to Brandt, goniotomy and trabeculotomy for the treatment of children did not change much from the 1950s until the 1980s, when some progress was seen. Although we are now “in the midst of a golden age of surgical innovation,” children remain largely an afterthought.

Brandt emphasized that childhood glaucoma comprises many diseases and syndromes, pathophysiologies and treatment pathways, but that there are 2 key principles to keep in mind.

“First, we are playing a long game, trying to preserve vision for a lifetime,” he said. “In the first few years of life, amblyopia is the often-neglected enemy. So, it is important to move quickly to clear the visual axis and move on if your initial treatment fails. Second, think ahead and preserve options for subsequent procedures.”

In general, the preferred initial approach for the management of pediatric glaucoma is to resurrect the angle using, when feasible, an ab interno approach to preserve the conjunctiva for future surgery.

Where does MIGS fit in?
Despite the excitement about new angle-based MIGS procedures, Brandt said he believes that for childhood glaucoma, the most interesting area to watch in the coming years is the fistulizing translimbal space.

Angle surgery does fail in many children over time, he points out, and having less-invasive options that can be performed before moving on to more aggressive and invasive alternatives such as trabeculectomy and tubes will represent an important advance.

Angle-based MIGS
Brandt says the answer to whether there is a role for angle-based MIGS in children is both yes and no. It is always preferable to resurrect the patients’ own drainage system with incisional angle surgery, especially because this can work for years, if not a lifetime, in selected patients. However, implant-based angle surgery such as the iStent Inject (Glaukos Corporation) or Hydrus (Ivantis, Inc) probably adds no additional benefit and may result in further risk with a piece of metal in the eye for decades.

“I do not think any of the implanted angle devices are appropriate in young children and probably should be avoided,” he said.

Brandt said he believes that the mechanism of goniotomy and trabeculotomy in childhood glaucoma is more than just establishing flow into Schlemm’s canal. He has followed many children into adulthood. He described 1 patient in whom he performed an ab externo trabeculotomy in infancy, treating only the superior angle.

Upon gonioscopy 28 years later, a few superior peripheral nterior synechia could be seen, but the rest of the angle is now completely normal. Brandt suggests that in infants, goniotomy and trabeculotomy both restart the embryologic maturation of the anterior chamber angle.

Currently, most pediatric glaucoma specialists perform circumferential trabeculotomy as their preferred initial approach, and childhood glaucoma is clearly benefiting from innovation in the adult space.

This began with circumferential ab externo approaches introduced by Allen Beck, MD, and Mary Lynch, MD, in the 1990s.1 The introduction of the illuminated microcatheter made this procedure more predictable and safer.

Surgeons have since moved to an ab interno approach-gonioscopy-assisted transluminal trabeculotomy. Brandt says this procedure can be challenging to perform in infant eyes.

“This is my go-to procedure in primary congenital glaucoma when I have an adequate view, Brandt said. He noted the TRAB 360 Trabeculotomy System and OMNI System devices (Sight Sciences) do the same thing through a single incision, and as long as he can get a small window into the anterior chamber through the peripheral cornea, it is possible to perform a circumferential ab interno trabeculotomy with a very limited view.

In a recently published 5-center, 5-surgeon retrospective series of 46 eyes in 41 patients with childhood glaucoma using the TRAB 360 device, the success rate appears comparable to other approaches.2Related:

Because excising tissue in primary congenital glaucomas that might be needed to regenerate the scaffold of the meshwork may not be a good thing, Brandt said he does not use the Kahook Dual Blade in very young children but finds it extremely useful in older children with steroid-induced or uveitic forms of glaucoma.

Published cases are limited and show mixed results in very young children, but it promises to play an important role in older children, especially those with secondary glaucomas.

Translimbal MIGS
Brandt predicts translimbal MIGS will play an important and increasing role in the management of childhood glaucoma.

“I have been performing glaucoma drainage device implants and trabeculectomies in children for 30 years,” he said, “Long-term follow-up can be very humbling when patients return decades later with late hardware erosions or bleb leaks. Translimbal MIGS may offer a safer option before we move on to these invasive options.”

The XEN implant (Allergan) can be used off label to perform translimbal MIGS in children while the PreserFlo MicroShunt (Santen), a minimally invasive glaucoma drainage microtube, is currently under FDA review in the United States.

Smith and colleagues recently published an observational study of 3 eyes with the XEN implant.3 Brandt says the results look promising, but he has some concerns.

Although the XEN is touted as “permanent,” there are little published data on degradation in the subconjunctival space. The XEN stent is fabricated from glutaraldehyde cross-linked collagen.

This material has been used in vascular grafts for decades and degrades over time. Widder et al4 recently reported degradation of an explanted XEN implant after just 3 years.

Brandt is reluctant to recommend the XEN in children because the surgery needs to last decades. The PreserFlo MicroShunt is fabricated from the polymer poly(styrene-block-isobutylene-block-styrene), which has a decades-long history of use in coronary stents without degradation or inflammation. This safety profile, said Brandt, holds great promise for childhood glaucoma.

Off-label use
None of these devices has been properly studied in children, so they are used off label. This situation brings up the bigger issue of using devices in children that have only been evaluated and tested in adults.

The CyPass microstent (Alcon), which was withdrawn from the market in 2018, is a good example of this type of device. Brandt said he is aware of at least 1 case in Europe in which the CyPass was placed in a buphthalmic eye, and within a few days migrated into the suprachoroidal space.

“That is anecdotal, but really pretty scary,” he explained. “We are not collecting safety data prospectively for children.”

FDA concerns
For several years, Brandt has held discussions with the FDA about how to design pediatric MIGS studies, or at least collect early safety data. He proposed a pediatric study of the PreserFlo MicroShunt and then worked with the FDA and a team at Santen to refine a compassionate-use Investigational Device Exemption, in order to start using the device under a tightly controlled institutional review board–approved protocol.

The compassionate-use Investigational Device Exemption was granted by the FDA in November 2019, and Brandt received institutional review board approval in December.

He has since placed 3 of the PreserFlo MicroShunt devices in young children. All are doing well with IOPs in the low teens, now up to 5 months out, according to Brandt.

One 3-year-old child has aniridia and nystagmus, making it almost impossible to measure her IOP with confidence.

Brandt said that with the corneal clearing and cupping reversal he has observed, he said he is confident he made a difference in her long-term prognosis.

“But our limited ability to measure IOP in young children raises an important issue,” he said. “How should we design prospective surgical clinical trials for childhood glaucoma? We can’t simply use standard adult clinical trial designs in which IOP is the primary end point. We need to develop a different approach to tackle this orphan surgical disease.”

Brandt concluded that he looks forward to working further with the FDA and other stakeholders to develop study design guidance so that the surgical management of childhood glaucoma is no longer an afterthought.

James D. Brandt, MD
E: jdbrandt@ucdavis.edu
Dr. Brandt receives research and travel support from ForSight VISIONS Laboraties, is a consultant and conducts research for Allergan, is a consultant to Aerie Pharmaceuticals, and is a stockholder and former advisory board member for Glaukos Corporation.