Liquid biopsies: Not yet ready for prime time in uveal melanoma 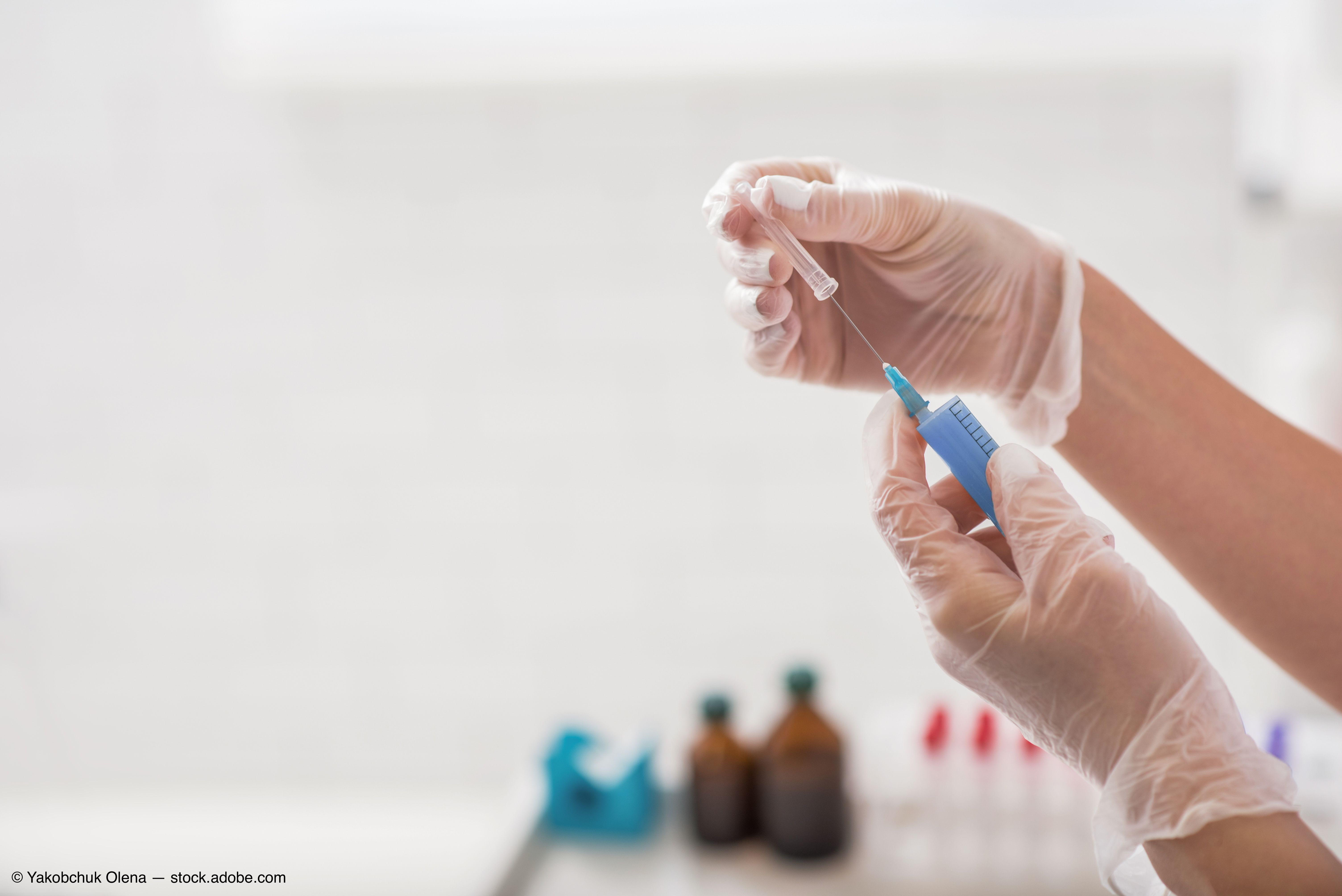 Liquid biopsies of blood, aqueous humor, or vitreous fluid cannot currently reliably predict prognosis either at the time of uveal melanoma treatment or treatment
of metastases.

Quickly obtaining a sample of aqueous fluid for biopsy in intraocular malignancies would be a remarkable advance instead of having to rely on a biopsy of tumor tissue. As in uveitis, it could be done in an outpatient setting.

This approach, if available, would be extremely useful for a number of purposes, according to Martine Jager, MD, PhD, professor of ophthalmology, Leiden University Medical Center, Leiden, The Netherlands.

“A liquid biopsy from the eye or blood could be used for diagnostic purposes, prognosis, follow-up and early detection of metastases, and treatment. Clinicians could evaluate many different factors, including cells, proteins, messenger RNA [mRNA], and DNA,” she said.

A recent example of what can be achieved comes from retinoblastoma. Now that intraocular injection of chemotherapy into eyes with retinoblastoma is an accepted clinical procedure in selected eyes, physicians can also study the presence of tumor-derived circulating free DNA in material obtained from these eyes.

Jesse Berry, MD, associate professor of ophthalmology, Keck School of Medicine, University of Southern California, Los Angeles, compared chromosome changes in the aqueous of eyes with retinoblastoma with tumor material and found excellent correspondence (JAMA Ophthalmol. 2017; 135:1221-1230). However, further research is needed to delineate the role of this test in retinoblastoma.

At the American Academy of Ophthalmology, Dr. Jager described a study in which a group of French authors investigated the detection rate and prognostic value of circulating tumor cells (CTCs) and circulating tumor (ct) DNA by evaluating the presence of DNA with a GNAQ or GNA11 mutation in the blood of patients with metastatic uveal melanoma (Int J Cancer 2014;134:1207-1213).

This study of 40 patients reported that 12 patients had CTCs in the blood and 18 of 22 testable patients had ctDNA with a mutation in the blood. The study results showed, according to Dr. Jager, that even patients with a large load of metastases do not always have CTCs in the blood or DNA, but that the presence of CTCs and ctDNA predicted a worse progression-free survival.

mRNA also was used to test for the presence of RNA for pigment cell markers (MelanA or MART1) (Oncology 2011;80:57-62). The results similarly indicated that even when primary uveal melanoma had metastasized, circulating-tumor cell specific mRNA was often not present in the blood,  indicating that this test was not a good prognosticator.

Another study evaluated circulating melanoma cells by dual-marker immunoenrichment in which positive cells were selected from the blood (Invest Ophthalmol Vis Sci 2014;55:4395-4404) using the FISH technique to screen for chromosome 3 status. The authors reported that at the time of enucleation, CTCs were detected in the blood of 29 of 31 patients with uveal melanoma. In a follow-up study, a correlation was shown between chromosome 3 status in the circulating melanoma cells and the primary tumor (Pigment Cell Mel Res 2016;29:583-589).

The studies described concluded that all tests detected some tumor cell material in the blood, but not one of the tests was considered good for predicting prognosis. Especially the inability to detect tumor cell-derived material in the blood is not a guarantee of a good prognosis. Even the presence of large tumors did not yield results in many patients, Dr. Jager said.

Looking at interleukins
The presence of interleukins in the blood is already known to be a valuable marker in patients with intraocular lymphoma. Dr. Jager explained that a poor prognosis (monosomy 3/class 2) is associated with inflammation of primary uveal melanoma.

Numerous T cells and macrophages were specifically found in the tumors of patients with monosomy 3; when chromosome 3 was normal, few macrophages were found. (Invest Ophthalmol Vis Sci 2012;53:5370-5378). Based on this, she and her colleague Annemijn Wierenga, who is a clinical research fellow at Leiden University Medical Center, looked for inflammatory cytokines in relatively large tumors in enucleated eyes.

The question in this study was whether the prognosis was predictable by analyzing aqueous humor samples based on the presence or absence of inflammation. In previous studies that evaluated this issue, eyes with uveal melanoma had more cytokines in the aqueous than eyes with nevi, some cytokines in aqueous were correlated with ciliary body involvement, and in the vitreous fluid cytokines were related to immune cell infiltration (Invest Ophthalmol Vis Sci 2012;53:6748-6755). However, it remained unknown if the level of inflammation in the aqueous humor represented  monosomy 3/class 2, Dr. Jager explained.

“Clustering analysis indicated that there were three distinct groups: cluster 3, those positive for almost every cytokine analyzed, cluster 2, those with intermediate responses, and cluster 1, those with negative responses,” she noted. “Many eyes with uveal melanoma have absolutely no cytokines in the fluid in the anterior chamber that can be detected by this test.”

When the investigators compared the survival rates of the three groups, they found that patients with low cytokine levels (negative responses) had a better survival compared to patients in clusters 2 and 3 (P=0.02 and P=0.004, respectively). Clusters 2 and 3 did not differ significantly from each other.

“Are the results related to the tumor status? Large tumors clearly had more cytokines,” Dr. Jager noted. “Tumors with monosomy 3 were present in nine of 10 patients in cluster 3; however, patients in the other clusters also had monosomy 3. We are now comparing individual markers with clinical status and progression, but this test is not yet clinically applicable.”

Dr. Jager added that liquid biopsies of blood, aqueous humor, or vitreous fluid cannot currently reliably predict prognosis either at the time of uveal melanoma treatment or treatment of metastases.

“False-negative results especially affect the tests. Sampling of intraocular fluid may indicate an inflammatory phenotype. Developing new tests based on eye fluid or blood would be a wonderful accomplishment,” she concluded.

Martine Jager, MD, PhDE: m.j.jager@lumc.nl
Drs. Jager and Wierenga have no financial interest in any aspect of this report. They are participants in the European Horizon 2020 grant Cure UM.