Lensar Inc. today announced that the FDA has accepted the 510(k) submission for its next-generation adaptive cataract treatment system (ALLY) for substantive review.

The submission seeks marketing clearance for the system and is the first stage of a planned, two step commercial release strategy. As part of this strategy, the company said in a news release that it plans to submit an additional 510(k) application seeking clearance for the phacoemulsification features within the integrated system later in 2022.

In the release, Nick Curtis, CEO of Lensar, noted that FDA acceptance for substantive review of the 510(k) submission for the surgical system marks an important milestone for the company and is the result of several years of diligent teamwork and focused effort on the part of its development team.

“We believe that, if ALLY is cleared by the FDA, this staged-approach would allow for an expeditious and efficient path to commercialization,” Curtis said in a statement. “The vast majority of cataract surgeons performing FLACS procedures rely on aging femtosecond lasers.”

“We believe ALLY has the potential to improve surgeon efficiencies, including optimizing FLACS procedures in any operating room, and to enable surgeons to deliver improved outcomes for patients,” he said in the statement. “We look forward to the FDA’s review of the 510(k).”

According to the news release, the company said it expects to launch the surgical system in the second half of 2022, if cleared. 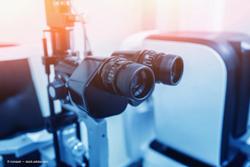