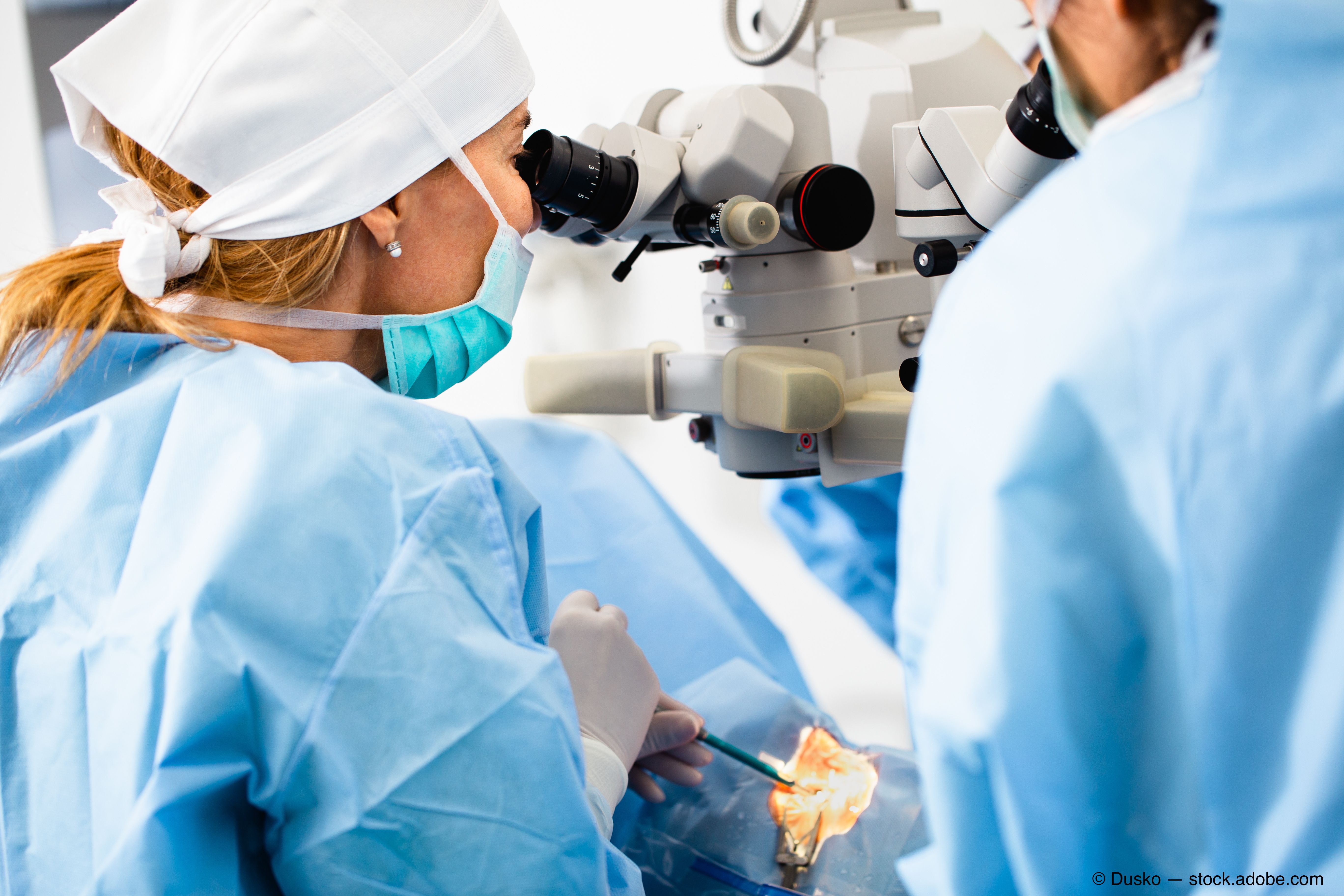 A study that evaluated a new nondiffractive extended-depth-of-focus (EDOF) IOL, the Vivity IOL (Alcon), showed high patient satisfaction rates with the lens and a high rate of spectacle independence when patients were using a computer, driving, and watching television, according to John A. Hovanesian, MD, who is in private practice in Laguna Hills, California.

Hovanesian explained that currently available diffractive EDOF lenses incorporate 2 adjacent zones of uncorrected vision (ie, distance and intermediate or intermediate and near) but patients frequently report dissatisfaction because of visual adverse effects (AEs) such as spiderwebs or halos.

“The Vivity implant is different because it is a zonal refractive EDOF lens that offers this same range of vision with contrast sensitivity similar to monofocal lenses; that is, with fewer AEs,” he said.

Evaluation of the Vivity lens
Hovanesian, along with Michael Jones, MD, and Quentin Allen, MD, conducted a study to evaluate the postoperative experiences of patients who had undergone an uncomplicated cataract surgery. The patients completed a questionnaire 1 month after bilateral cataract surgery.

This questionnaire is a validated instrument that had been used previously to evaluate other multifocal IOLs; specifically, a study in which the ReSTOR 3.0 IOL (Alcon) was paired with the ActiveFocus 2.5 D add lens in contralateral eyes, a study of mini-monovision targeting 0.5 sphere in the nondominant eye, and a study of bilateral implantation of the PanOptix IOL (Alcon). These studies were compared for similar outcomes.

“The Vivity lens performed better than any multifocal or trifocal lens that had been evaluated previously,” Hovanesian said. “The lens was associated with significantly less glare and halos as reported by all patients who had been implanted bilaterally with the Vivity lens.”

Regarding the need for glasses while using a computer, the results achieved with the Vivity were similar to those achieved previously with other IOLs, including the PanOptix IOL and mini-monovision with the 2.5-D lens. Most patients (ie, 90%) implanted with the Vivity lens reported that they never needed glasses while using a computer, according to Hovanesian. When the need for glasses based on other activities was evaluated, the investigators found that the percentage of patients who needed glasses with the Vivity IOL was similar to the percentages achieved by other multifocal diffractive IOLs.

“Evaluation of the need for spectacles across all activities combined showed that the highest level of spectacle independence was achieved with the PanOptix IOL—83%—compared with all other lens combinations studied,” Hovanesian said. “The Vivity lens is similar to the previous multifocal IOLs for spectacle independence but not quite as good as the PanOptix IOL.” The Vivity IOL, however, achieved the best results regarding glare and halos among the combinations studied.

Take-home points
“This is a unique IOL that we tend to offer to patients who are averse to unwanted visual AEs or patients with less than perfect eyes [who] may not be optimal candidates for a diffractive multifocal IOL,” Hovanesian said.

The results showed a very high level of spectacle independence that was comparable to the levels achieved with IOLs that were introduced before the PanOptix IOL for computer use, reading, and other visual tasks. The patient satisfaction with the Vivity IOL was high and because of the low index of glare and halos, this IOL has a place in the refractive armamentarium for future cataract surgery patients.

Another consideration is that the Vivity is being used frequently with mini-monovision, which was not evaluated in the study under discussion. “We found that for patients who want greater near vision without correction, by targeting about –0.5 D or higher in the nondominant eye, a good range of vision can be achieved and avoid glare and halos for patients who can tolerate mini-monovision and have the best of both worlds,” Hovanesian concluded.

John A. Hovanesian, MD
E: johnhova@gmail.com
This article is adapted from Hovanesian’s presentation at the American Academy of Ophthalmology 2021 annual meeting. He is a consultant to Alcon. The study was supported by a grant from Alcon.