Baseline diabetic retinopathy severity is an important predictor of its progression in patients.

This article was reviewed by Geeta Lalwani, MD

The same pattern of 3 distinct progression subtypes was present in the overall population, as well as in the subsets by DR severity.

“In addition to DR severity, diabetes duration, hyperglycemia, hyperlipidemia, and hypertension are major drivers of DR progression,” Lalwani said. “However, these factors account for only about 10% of the risk of DR progression, which points to the potential involvement of other risk factors.”

“Several candidate genes have been associated with DR pathogenesis, including those associated with angiogenesis and inflammatory pathways, and these appear to result in different phenotypes,” she said. “More research is needed on the clinical and genetic factors responsible for these distinct risks of DME versus PDR development in patients with type 2 diabetes.”

The study was conducted by reviewing clinical data and DR severity grades obtained from the assessments of 7-field color fundus photograph images collected between 1999 and 2016 in the Inoveon database of patients with diabetes who participated in a retina screening program at primary clinical centers.

Eligible patients selected for the current analyses had at least 2 gradable images in either eye from 2 different time points.

The analyses included approximately 42,000 eyes of 22,000 patients. The patients were predominantly male (83%) and had type 2 diabetes (94%). Nearly 50% of the population was white, and Native Americans comprised 41% of the group.

Outcomes data
A Kaplan-Meier analysis of data from the entire population showed that 2.7% of eyes developed at least 2-step worsening of DRSS by year 2, and the rate increased to just under 10% by year 5.

“Consistent with previous literature showing that baseline DR severity is an important predictor of DR progression, we found distinctly higher proportions of patients with higher DR severity at baseline developed an at least 2-step worsening over time,” Lalwani said.

At year 2, the rates of at least 2-step DR progression were 3.1% among eyes with mild nonproliferative DR (NPDR) at baseline and 8.4% to 12.9% for those with moderate to severe NPDR.

At 5 years, more than 35% of eyes with moderate to severe NPDR at baseline experienced DR worsening.

Analyses of time to the first development of CSME and/or PDR showed more eyes developed either CSME or PDR alone versus both together.

Despite the similar pattern of clinical subtype progression, as expected, the overall rates of CSME and PDR development were much greater in the eyes with moderate to severe NPDR (DR severity levels 43, 47, and 53) than in the overall population.

The additional analysis investigating the moderately severe and severe NPDR (DR severity levels 47 and 53) subset also found the same pattern of clinical progression subtypes in the overall diabetes population, with patients developing either CSME or PDR alone, and relatively few developing both PDR and CSME.

As expected, this subset of patients with moderately severe and severe NPDR had the highest risk of progression; however, 28.7% progressed to CSME alone, 19.8% progressed to PDR alone, and 6.6% developed both CSME and PDR within the same observation period of 4 years.

“Interestingly, these trends were also observed in the sham arm of the PANORAMA study (NCT02718326), where after a shorter 100-week follow-up (approximately 2 years), the majority of patients developed vision-threatening complications of PDR/anterior segment neovascularization or center-involved DME alone, but not both events simultaneously,” Lalwani said.

Lalwani observed that because of its nature, the Inoveon study had several limitations, including heterogeneous screening frequencies.

In addition, Hobbs et al reported that several systemic risk factors, including sex, age, type of diabetes, glycated hemoglobin level, blood pressure, and low-density lipoprotein cholesterol control, had no significant effect on the development of DME in eyes with PDR. 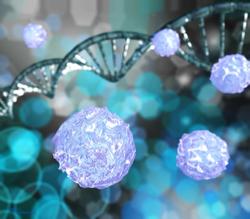