The side effects of drugs are always concerns, no matter what the age or general health of patients. However, those concerns are amplified in older populations, particularly those who are at increased risk of cardiovascular events.

“Cataract is associated with old age and, as the population age, the demand for cataract surgery is increasing and will likely continue to increase. Additionally, elderlies are at an increased risk of developing multiple pathologies and are consequently polymedicated,” according to the investigators of a study in which the systemic exposure to the combination of tropicamide/phenylephrine after intracameral or topical administration before performing cataract surgery was evaluated.

This drug combination is considered the gold standard to establish stable mydriasis during cataract surgery with lens implantation. However, Jose Guell, MD, and colleagues pointed out that these drugs usually must be instilled multiple times intraoperatively, which may result in an overdose associated with increased risk of cardiovascular events and ocular surface toxicity, the latter of which can lead to keratopathy and decreased intraoperative visualization.

To avoid prolongation of the time to mydriasis preoperatively with administration of drugs in the surgical center or even at home where the patients are unsupervised, an intracameral fixed combination of mydriatic drugs and an anesthetic (ICMA) at the start of cataract surgery has been investigated and is considered safe and effective.

Dr. Guell et al. noted, “A particular benefit of intracameral mydriatics/anesthetic is the excellent bioavailability directly in the target tissues and the putative lower systemic absorption compared to [eye drop] formulations. The synergistic effect of the two mydriatic components also permits lower doses of each to be used, further limiting the local toxicity of these drugs.” Patients also have been reported to be more comfortable intraoperatively, with less preparatory and surgical time compared with use of drops.
The study

Considering these benefits, the current investigators wanted to determine the systemic exposure experienced by 271 patients receiving the ICMA formulation (tropicamide 0.02%, phenylephrine 0.31%, and lidocaine 1%) in the operated eye compared with 283 patients treated with the standard topical administration (tropicamide 0.5% and phenylephrine 10%), referred to as the safety set. High-performance liquid chromatography was performed before and after administration of the drug regimens to determine the plasma levels in 15 patients in each group.

The mean patient age of the 30 patients who underwent blood sampling was 71.3 years (range, 51.3-85.5); most (80.0%) were older than 65 years. All of these patients received the standard regimen of mydriatics in both groups (except for one patient in the ICMA group who received another 100-microliter injection).

When the two groups were compared, the authors reported that more patients in the safety set group had a “meaningful increase” in hypertension and/or tachycardiac events, that is, 11.2% vs. 6.0% in the ICMA group, respectively, a difference that reached significance (p = 0.03).

The study results showed that the “ICMA result has lower systemic ocular surface exposure to phenylephrine and tropicamide than the … topical treatment. [The ICMA treatment] permits the correct dose of the appropriate agents to be administered consistently at a convenient time (at the start of surgery), in a safe and monitored environment (the operating room) at an appropriate site (anterior chamber) with less [cardiovascular] side effects compared to the usual dilation procedure,” the investigators concluded.

The authors reported their findings on behalf of the Intracameral Mydrane and Ethics Group in Clinical Ophthalmology (2019;13:811-819). 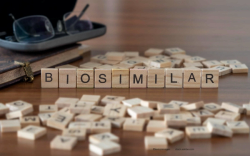 Study: Comparing biosimilar of ranibizumab and Lucentis in efficacy and safety for wet AMD

Spotlight on GA: A bright future with potential treatments 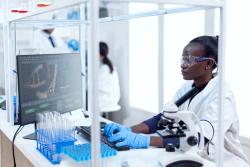