Impact of aflibercept on retinal nonperfusion in DME 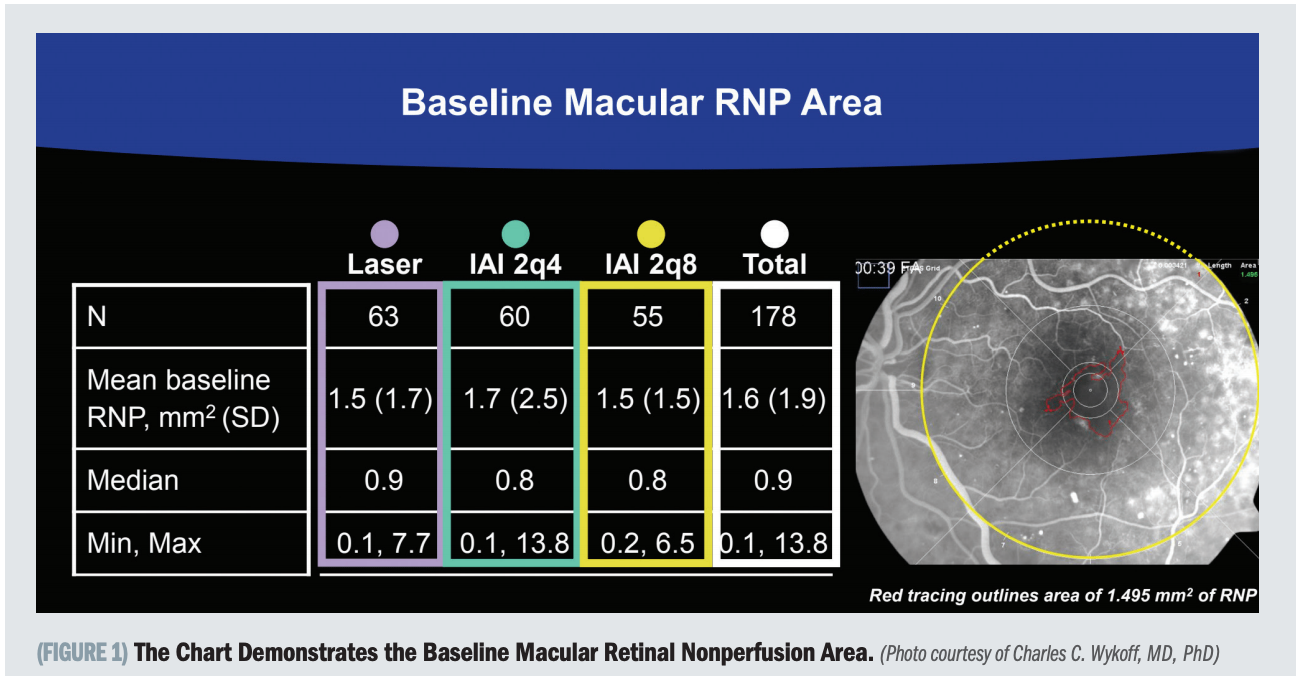 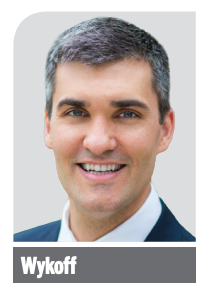 This article was reviewed by Charles C. Wkyoff, MD, PhD

In a new analysis, investigators studied the impact of aflibercept on quantified areas of retinal nonperfusion among patients in VISTA.

In a previous analysis of the study,1 aflibercept was associated with less worsening of the retinal nonperfusion using a quadrant-level analysis compared with sham treatment.

In addition, in the 3-year VISTA and VIVID-DME (NCT01331681) phase 3 studies of DME, intravitreal aflibercept injections (IAI) were compared with the application of macular laser over 2 years.

The IAI administered every 4 or 8 weeks resulted in significant improvements in vision and anatomic outcomes compared with laser.

Post hoc analysis
Charles C. Wykoff, MD, PhD, and several colleagues conducted a post hoc analysis to expand on previous research to gain a better understanding of the changes in retinal nonperfusion by quantifying the areas of macular nonperfusion at baseline and through week 100 of the study.

They also assessed the relationship between the changes at baseline in the area of retinal nonperfusion and the best-corrected visual acuity (BCVA), central subfield thickness (CST), the Diabetic Retinopathy Severity Score (DRSS), and the frequency of development of proliferative diabetic retinopathy (PDR).

The study included patients with macular areas of retinal nonperfusion at baseline as identified by the prior quadrant-level analysis.

In the current work, areas of nonperfusion were quantified by a masked reading center in mm2 using fluorescein angiography images at baseline and weeks 24, 52, and 100. Of the 466 patients in the VISTA study, 178 were included in this analysis.

The 3 groups were very similar in the patient demographics and disease status; the mean area of retinal nonperfusion at baseline was relatively small at 1.6 mm2.

Study findings
Wykoff, an associate professor of clinical ophthalmology at Houston Methodist Hospital in Texas, reported the results on behalf of the VISTA study investigators.

The results showed that there were no significant differences in the changes in the area of retinal nonperfusion through week 100 among the treatment groups.

According to Wykoff, within the treatment groups among both aflibercept-treated populations there was a statistically significant decrease in the retinal nonperfusion area from baseline to week 100 (P = .0052 and P = .0011, for IAI administered every 8 and 4 weeks, respectively), whereas among the laser-treated patients, there was a numerical decrease in retinal nonperfusion from baseline to week 100 that was not statistically significant (P = .2255).

Such an event was defined as development of PDR, the application of panretinal photocoagulation, or performance of vitrectomy.

PDR events were found to occur more frequently in eyes with larger areas of nonperfusion at baseline.

The larger areas were more likely to have a PDR event earlier in the course of the trial, he pointed out.

When combining all patients regardless of randomized arm, the extent of baseline retinal nonperfusion was found to be associated with an increased risk of development of a PDR [event] as has been seen in other data sets, including RIDE/RISE, particularly in the patients treated with laser,” he concluded.