Glaucoma medications: Getting down to the basics

New therapies on the horizon offer options for slowing progression

Exciting new pharmaceuticals are in the pipeline. Here is a taste of information presented at the Glaucoma 360 meeting in a session co-moderated by Leslie Jones, MD, department chair and director of glaucoma services at Howard University Hospital, and Ruth Williams, MD, a glaucoma specialist at the Wheaton Eye Institute.

The drug works by inhibiting vascular endothelial protein tyrosine phosphatase, the most downstream regulator of the Tie2 pathway, resulting in restored Tie2 activation.

Peters explained that the same function is seen in humans. All preclinical and clinical testing of the drug thus far has resulted in “significant” decreases in IOP with good tolerability, he explained. The drug also lowered IOP in combination with standard-of-care prostaglandins. AKB-9778 is the first-in-class Tie2 activator for targeting primary open-angle glaucoma via the conventional outflow pathway and has the capability for use as adjuvant therapy, as a potential drug to repair the outflow pathway, and to possibly stop glaucoma progression.

Brian Murphy, MD, chief executive officer, Emerald Bioscience, reported on work being done with synthetic cannabanoid-based targeted therapeutics, specifically cannabanoid derivatives. A prodrug of tetrahydrocannabinol (THC), THC-valine-hemisuccinate, is under study to lower IOP and provide neuroprotection to the optic nerve; this research is based on the recognition that the eye has the highest density of cannabinoid receptors in the body (except for the brain) on ocular structures that regulate IOP.

Murphy emphasized the possible potential of this drug in Asia, which has a predominance of normotensive glaucoma. A drug that is directly neuroprotective would be important in that market, he explained.

Investigations thus far have shown that nanoparticles of THC-valine-hemisuccinate can penetrate both the anterior and posterior ocular compartments.

“TCH-valine-hemisuccinate achieved a substantial drop in IOP compared to timolol and pilocarpine,” he explained but pointed out that the drug has a short half-life.

The company reported the results of a rabbit model that showed a high degree of bioavailability, with the drug delivered to various eye tissues. The topical preparations resulted in significant reduction of IOP in that model.

Mannin Research is developing 2 novel treatments to target the angiopoietin Tie2 mechanism of action to repair the normal outflow channel in the eye; 1 is a small molecule with once-daily administration of a topical drop (MAN-01) and the other is an injectable protein agonist of Tie2 to treat primary open-angle glaucoma, noted Doris Qamar, MBA, director of business development.

Qamar announced a partnership between Mannin Research and Pendant Biosciences with the goal of developing a novel extended-release formulation to deliver the MAN-01 small-molecule biologic to treat glaucoma. This nontoxic product releases without bursts and consistently over an extended period.

“This is the future of glaucoma treatment,” she said.

Qamar noted that Heather Sheardown, BEng, PhD, is currently developing a product to be used with the small molecule to significantly improve the bioavailability of topical drugs with the goals of reducing dosing, administration frequency, and unintended systemic exposure.

Mannin Research is also developing a tool to help diagnose glaucoma severity and progression. The technology will require an aqueous humor tap in the clinic, a first-in-class diagnostic test. The biomarker is in clinical trials. The companion diagnostic, she explained, will help physicians identify and stratify segments of the glaucoma population regarding disease severity and progression and those who will likely benefit from the therapeutic.

Nicox Ophthalmics’ glaucoma products are based on a nitric oxide (NO) research platform that leverages the central role of NO in maintaining the IOP homeostasis in the anterior segment, said Tomas Navratil, PhD, executive vice president, head of research
and development.

In addition to the development and commercialization of latanoprostene bunod ophthalmic solution 0.024% (Vyzulta) most of the company’s efforts are now focused
on 2 clinical-stage products that resulted from this research.

NCX 470 is a second-generation NO-donating bimatoprost analog, which entered its first phase 3 trial in the second quarter of 2020. The second product, NCX 4251, may be a potential treatment for patients with acute blepharitis and dry eye. NCX 4251 is expected to enter a larger phase 2B clinical trial.

IOP decreased in a range of 7.6 to 9.8 mm Hg, which he described as the most robust IOP lowering by a drop seen in a clinical trial.

The dose response in the trial was exciting in that there was linearly increasing IOP lowering with each subsequent drug dose; hyperemia peaked at the mid dose, plateaued, and did not increase with the high dose (0.065%). The safety profile was good.

Navratil also described that 2 products are being researched for glaucoma: NO-donating PDE5 inhibitors that target increased primary outflow from the anterior segment that are envisioned as first-line therapy, adjunctive therapy, or in a fixed-dose combination with a prostaglandin analog.

Perfuse Therapeutics is developing its products based on the idea that IOP reduction alone is insufficient in glaucoma and that blood flow in the eye is mediated by perfusion pressure and vessel response to the ever-changing perfusion pressure. Direct targeting of the vessels and tone would have an exponential effect on the retinal perfusion, the key driver in glaucoma, explained Sevgi Gurkan, MD, MS, founder and CEO, Perfuse Therapeutics.

The company is pursuing endothelin-1 antagonists, the primary regulators of vascular tone that are upregulated in many ocular diseases, via intravitreal delivery every 6 months to target the vascular. Preclinical results showed induction of ischemia in multiple species that was reversed to baseline with the trial drug. Investigators also studied a preclinical glaucoma model with sustained elevated IOP leading to ganglion cell death; the structure and function of the cells were shown to be preserved by the experimental drug. 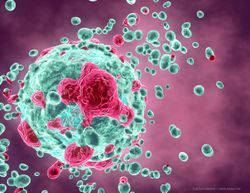 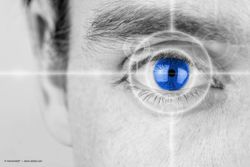