During the Glaucoma 360 New Horizons Forum at the Grand Hyatt San Francisco at Union Square, several speakers discussed the latest advances in technology. 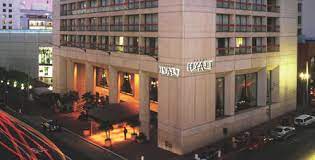 During the Glaucoma 360 New Horizons Forum, the spotlight was cast on visual restoration, the greatest need and biggest challenge facing glaucoma specialists.

During the event, held at the Grand Hyatt San Francisco at Union Square, several speakers discussed some of the latest advancements in technology.

Donald S. Fong, MD, MPH, vice president of Ophthalmology Clinical Development at Annexon Biosciences, reported on research into glaucoma neuroprotection with C1q inhibition. C1q is the molecule that starts the complement pathway and drives synaptic loss and has been implicated in human disease.

Inhibition of C1q has been shown to protect against optic nerve damage in animals.

ANX007 is a fragment of an antibody that inhibits C1q and when tested was found to be well tolerated and fully inhibited the target in phase 1 studies for at least 29 days. A phase 2 trial of geographic atrophy (GA) is ongoing and will provide additional safety data for glaucoma.

“This is a new complement medicine to stop downstream inflammation and tissue damage at the start,” Fong said.

ANX007 is effective in 3 therapeutic areas: autoimmune, neurodegeneration in ophthalmology, and is a multiple delivery solution to fully inhibit the cascade with diverse routes of administration.

His research target involves the lateral geniculate, which, he explained, is the first site to receive synapses from the retina because of its position in the mid-brain. It is the primary component of the visual pathway.

“This is the only place in the afferent visual system that separates the RGCs physiologically and anatomically, that is, where synapses are present from both eyes,” he explained.

The theory then is if an electronic array were available that could fill the lateral geniculate, wide-field vision could be provided to both hemifields. This would enable patients with severe blindness to navigate through their environment and increase independence.

Rizzo also described a minimally invasive system that would stimulate the brain via ultrathin fibers. In a mouse model, he and his colleagues recorded cortical responses in the animals by visually stimulating the retina.

The novel change in his approach is the creation of a 3D electrode array that can volumetrically fill a structure, the lateral geniculate. He demonstrated how the electrode array can be manipulated to fill a space. He and his team have received a patent for this technology.

This noninvasive system (Eyetronic), which takes the focus off of the eye and moves it to the optic nerve, is comprised of 4 electrodes and a frame in goggles. This approach is designed to kickstart the nerve cell metabolism and functionally restore the nerve cells. In animals, this has caused structural restoration, with sprouting of nerve fibers in the optic nerve.

In 7 patients (13 eyes) with normal tension glaucoma data who received 1 treatment, the outcome showed an even better result in nonprogression of VF loss in 69% and an improvement in the mean defect of 1.8.

The strongest improvement in the VFs in the right and left eyes among responders was at 3 months and continued out to 12 months. These results were encouraging. An international glaucoma trial is planned for 2022.

Both macular telangiectasia (MacTel) type 2, a disease of the glial cells and loss of photoreceptors, and glaucoma may benefit from this treatment. Intravitreal CNTF administered in a mouse model of MacTel resulted in significantly less outer segment loss and apoptotic cells.

In glaucoma, there are likely mechanisms that are independent of IOP that are associated with glaucomatous optic neuropathy, he said. CNTF had a protective effect on ganglion cells in a laser-induced ocular hypertensive model.

To overcome the short CNTF half-life, investigators had to create a CNTF factory in the eye. NT-501, is an encapsulated cell technology implant that addresses this problem once implanted into the vitreous. From the vitreous, CNTF can reach the retina, which is affected by MacTel. A significant reduction in the disease progression was seen in eyes implanted with the device.

A phase 1 pilot study to test the novel NT-501 in 1 eye of glaucoma patients showed improvement in the retinal nerve fiber layer (RNFL) and VFs for 18 months. A phase 2 trial included 54 patients. An efficacy signal demonstrating an increased RNFL but no VF improvement. An extension study will provide 2 implants of the NT-501 drug delivery device.

Cynthia L. Grosskreutz, MD, PhD, global head of Ophthalmology at Novartis, discussed the optogenetics approach to visual restoration, which is a combination of gene therapy coupled with a genetically engineered light-sensitive protein to replace the light-sensing apparatus injured by disease processes, i.e., a combined approach to control and monitor cell and tissue behavior.

The challenge of visual restoration is that many different cells have to act together. In addition,

multiple mutations have to be addressed. The common thread in all the diseases is that the light-sensitive retinal cells have been lost.

The goal is to circumvent the multiple mutations and cells and provide patients with the ability to move around their environment and engage in daily activities.

“Optogenetics offers the potential to restore visual sensitivity to the retina in patients with outer retinal diseases to enable them to see,” she said.

Three components comprise an optogenetics system, an optical sensor, a genetic method to deliver, and the optics. In advance age-related macular degeneration (AMD), the photoreceptors and retinal pigment epithelial cells are lost. Here is where optogenetics comes in; gene therapy can be introduced to harness the remaining functioning retinal cells that can sense the light and send a signal to the brain.

This is a promising technology that delivers a light-sensing protein to a degenerating retina and has the potential to treat inherited retinal diseases beyond specific mutations, and may ultimately benefit the common diseases such as AMD in patients with surviving photoreceptors.

David Esposito, CEO of ONL Therapeutics, reported on neuroprotection and neuroenhancement technologies. The goals are to lock retinal cell death and prevent inflammation.

The company has identified the Fas receptor as a therapeutic target on the surface of retinal cells. Fas is activated regardless of the disease stage and triggers the death and inflammatory signals, which starts a vicious cycle in the eye.

ONL-1204, the company’s lead compound, which is delivered by intravitreal injection, targets engagement on the Fas receptor upstream of the death signal path in humans.

Good progress has been seen with ONL-1204 in acute indications, such as macular-off rhegmatogenous retinal detachment and in chronic indications such as GA and open-angle glaucoma.

Three active phase 1b programs are working, the first being a dose-escalation study for macular-off retinal detachment. Currently, 3 of 4 doses have been cleared.

ONL-1204 appears safe and well tolerated with its confirmed biologic activity on the Fas receptor. The quieting of the inflammatory response was seen in humans over a few days, he reported.

In patients with GA, the best-corrected visual acuity was higher than that seen during the natural disease course in 30 patients with 3 doses evaluated, high and low doses and sham treatment.

The first open-angle glaucoma patients will be treated in March. The study will enroll those who are progressing and those with loss of visual fields and RNFL.