With myopia on the rise, greater understanding of genetic and environmental factors is needed to refine interventions that may curtail disease progression.

Take-home message: With myopia on the rise, greater understanding of genetic and environmental factors is needed to refine interventions that may curtail disease progression.

Reviewed by David A. Mackey, MD

Perth, Australia-Genetic research is likely to play an important role in the course of myopia research. Twin studies have been invaluable in taking researchers to the point they have reached today, said David A. Mackey, MD.

Interestingly, ophthalmology traits were found to have the highest heritability of any group of traits measured in a meta-analysis of the heritability of human traits based on twin studies conducted over 50 years.

“This is probably related to our ability to accurately phenotype and define disease and our high precision at measuring ocular structures,” said Dr. Mackey, managing director and chairman, Centre for Ophthalmology and Visual Science, University of Western Australia, Perth.

In contrast, in non-identical twins, there also was a correlation between the central corneal thicknesses but it was nowhere near as tight as that seen in the identical twins.

“This difference between the two types of twins indicates that there is a strong genetic component,” he said.

Did you know?: What myopia's effect was on Roosevelt and Reagan

Myopia and refractive error were shown to have very high heritability scores in the twin studies. However, axial length and corneal curvature had even higher scores, suggesting that they are more genetically driven, according to Dr. Mackey.

A strong message in twin studies was that genes and environment did not act independently of each other and that the combination of the two factors was a driving force.

“It is by working out how the two work together that we should be able to understand the etiology of myopia,” he said.

However, Dr. Mackey explained, that a larger number of individuals are grouped around zero than may be expected. This finding suggested that there are subtle feedback mechanisms pushing people who are either slightly hypermetropic or slightly myopic toward emmetropia. When there is a large refractive error, therefore, the feedback mechanism has been overcome.

Syndromic myopia-where myopia is associated with retinitis pigmentosa, congenital stationary night blindness, Marfan syndrome, or Stickler syndrome-is responsible for only a small percentage of myopia in the general population, according to Dr. Mackey.

In contrast, a recent meta-analysis of multiancestrial cohorts with 31 patient cohorts of more than 50,000 patients conducted by the International Consortium for Refractive Error and Myopia (CREAM) found that more than 20 genes were associated with myopia (Verhoeven VJ et al. Nature Genetics 2013;45:314-318).

“This provided a whole new insight into the molecular mechanisms involved in myopia,” he said.

Another genome-wide analysis (Kiefer AK et al. PLoS Genetics (2013;9:e1003299) also identified a number of genes similar to that in the Nature Genetics report, 12 of which overlapped with those found by the consortium.

Dr. Mackey explained that investigators can “pool the genes into pathways and show where we may be able to look at future interventions” by which myopia can be stopped or treated. When the data from these two large studies were combined, more than 100 genes involved in myopia were found.

The prevalence of myopia is high in Asian individuals and has been seen to be booming, perhaps in association with increased levels of education and study. This was also recognized in younger European cohorts compared with older Europeans.

“This was particularly correlated with the increasing amount of higher education in the European population in more recent generations,” Dr. Mackey said.

Using a genetic risk score from the CREAM study data, there was a strong interaction of genetically at-risk individuals with education levels.

Recent news: Find out how Rocket 2 results may be tipping the scale

On the other side of the coin, participation in outdoor activities has been recognized as providing protection against myopia.

“People with myopia spend less time outside,” Dr. Mackey said. “This [association] is being found consistently in different countries with different levels of outdoor behavior and climate.”

A large number of studies of myopia have been and are still under way on the continent and have provided substantial data that have contributed to the understanding of the effect of environment and other genetic factors. These studies include the Blue Mountains Eye Study, the Melbourne Visual Impairment Project, Tasmanian and Queensland twin studies, the Norfolk Islands Eye Study, the Western Australian Raine Eye Health Study, and the Busselton Healthy Aging Study.

More news from abroad: Ebola and the eye

In an evaluation of European Australian individuals in the Blue Mountains Eye Study and the Melbourne Visual Impairment Project who match the age of those in the Busselton Healthy Aging Study, remarkably, Dr. Mackey reported, “There is no evidence of a major increase in the myopia rates in Australia comparing people born before 1940 to baby boomers born between 1946 and 1964. Further, evaluation of 20-year-old patients in the Raine Eye Health Study also showed no large increase in myopia in European Australians.”

Another comparison of older cohorts of patients in Australia with North American and European cohorts, the patients in the Blue Mountains Eye Study in Melbourne had lower myopia compared with the Baltimore, Beaver Dam, and Rotterdam studies, Dr. Mackey noted.

Considering these findings, investigators are speculating that the larger number of sunny days that encourage outdoor activities in Australia may be responsible for the lower myopia rates, although this very factor is related to substantially higher rates of skin cancer with Australia having the highest rates in the world.

In light of this, Dr. Mackey and colleagues are evaluating in addition to melanoma rates other markers of outdoor activity, such as skin mole counts, skin wrinkling, vitamin D levels, bone density, the results of ultraviolet (UV) monitors, the incidence of pterygium, and conjunctival UV autofluorescence, he recounted.

Recent news: What you need to know about the myopia pandemic

The findings related to conjunctival UV autofluorescence showed that autofluorescence was present in the area in which pterygia would normally develop. The investigators measured the areas of autofluorescence as a biomarker of ocular sun exposure. When this was applied in 800 inhabitants who participated in the Norfolk Island Eye Study conducted between Australia and New Zealand, there was a significant correlation between pterygia and a large amount of autofluorescence and an inverse association with myopia.

“The individuals with myopia were more likely to be in the lowest quartiles of conjunctival autofluorescence, while those who were emmetropic and hyperopic had more evidence of sun damage to the eye,” Dr. Mackey said.

These results were borne out in a comparison of identical and non-identical Australian twins, in which the correlation of conjunctival UV autofluorescence was similar in the two groups.

“The similarity of the correlations suggests that the genetics is not the main component and is a common environment that the two twins share,” he explained.

When investigators then compared the twins from subtropical Brisbane with those from temperate Tasmania, the former of which live at a more tropical latitude, the degree of autofluorescence in the Brisbane group was significantly larger.

Regarding the presence of skin cancer, the Busselton Healthy Aging Study that included patients aged 45 to 64 years, 7.7% of the patients had already undergone a surgery for skin cancer.

“Dramatically, only 11.6% of these patients had myopia,” Dr. Markey said.

The consistent message is that markers of outdoor activity are associated with myopia protection, he added.

The fear in this area concerns pathological myopia that will accompany the myopia boom, particularly in Asia, Dr. Mackey noted. Complications include retinal detachment, myopic maculopathy, cataract, and glaucoma.

“Myopic maculopathy is now the second leading cause of blindness in working-age adults in China,” he said.

Of the various options to treat myopia, OrthoK seems the most effective for preventing progression of the disease. In three meta-analyses that contain 10 studies of OrthoK, they found a difference in axial length of about 0.27 mm over 2 years and 45% less progression of myopia, with greater effects seen in Asian than in European patients and more noticeable in higher levels of myopia, Dr. Mackey explained.

Investigators are also exploring atropine as a treatment avenue for myopia.

Again, the impact with Asian children appears greater than in Caucasian European children. The Singapore ATOM1+2 studies reported that the lowest (0.01%) dose of atropine is associated with the lowest rebound compared with the 0.5% and 0.1% doses. A concern with this treatment is the impact of even a slightly dilated pupil on the desire for outdoor activity.

With both strategies, atropine had the greater effect, but increasing outdoor activity markedly is associated with a higher risk of skin cancer, Dr. Mackey cautioned.

“To shift someone by 4 D, the risk of skin cancer is probably doubled,” he said.

Regarding the future of myopia research, Dr. Mackey commented that the understanding of genetics must be refined and determine how genes and the environmental interact to cause myopia.

“Using this information, we need to identify children at high risk of developing myopia and enroll them in clinical trials,” he said. “We need to identify the best interventions. Because parents want their children to have everything, the studies should be designed with multiple treatment arms that will allow parents to have these.”

Clinicians also need to look at new pharmacological treatments that can be developed based on the genetic understanding, he said.

The future of pediatric ophthalmology, he advised, must consider the child’s quality of life. Investigators must balance a lifetime of wearing spectacles compared with instillation of drops or contact lens wear and determine the acceptable burden of treatment in myopic children.

Another issue for consideration is whether the treatments decrease the risk of blind complications.

Finally, Dr. Mackey presented some challenges for the future. Economic considerations are whether society can afford to treat 90% of the population and then make global societal changes to prevent myopia, such as increasing outdoor time and decreasing classroom time.

This article was adapted from Dr. Mackey’s delivery of the Marshall M. Park Lecture at the 2015 meeting of the American Academy of Ophthalmology. Dr. Mackey has no financial interest in any aspect of this report. 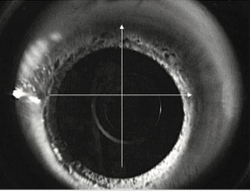