The company noted the phase 3 study looked at MicroLine as a potential on-demand treatment for presbyopia.

Eyenovia Inc. this week announced positive results from its VISION-2 Phase 3 study of MicroLine as a potential topical, on-demand treatment for presbyopia.

According to a news release, the VISION-2 study evaluated the safety and efficacy of Eyenovia’s 2% pilocarpine micro-array print (MAP) formulation versus placebo, all administered via the company’s proprietary Optejet device.

The company noted that VISION-2 is the fourth Phase 3 study demonstrating the utility of the company’s MAP technology in improving the therapeutic index of topical ophthalmic drugs.

Key highlights from the study include:

“We are very pleased with these Phase 3 study results which again demonstrate the benefits of our proprietary Optejet device that underpins MicroLine as a potential on-demand treatment for presbyopia,” Michael Rowe, CEO of Eyenovia, said in a statement. “We look forward to meeting with the FDA within our planned commercialization timeline in preparation for a potential new drug application (NDA) submission. MicroLine, if approved, would be the only option that is designed to provide the ease-of-use, convenience, and reduced exposure to drug and preservatives that we believe are significant benefits of the Optejet device.”

Rowe added that proprietary market research the comapny conducted in May found that 80% of patients in its target market surveyed would prefer the Optejet device over traditional eyedrops.

“That market consists of presbyopes between the ages of 40 and 55 years who have otherwise never needed to wear glasses,” he said in the release. “We view Optejet as a significant advantage not only for MicroLine, but for our entire pipeline of development programs, including MydCombi for pharmacologic mydriasis, for which we are preparing to resubmit our New Drug Application (NDA), and MicroPine for progressive myopia.”

Moreover, April Jasper, OD, medical monitor and scientific advisor to the company, noted in the news release that the positive results from this study confirm earlier findings that MicroLine may represent a new on-demand treatment option for the millions of people who suffer from presbyopia who never had to wear reading glasses previously.

“Of note in this study is the very low incidence of side effects, such as headache and brow ache, that are often associated with topical pilocarpine treatments,” she said in the release. “This is due to the precision dispensing of the Optejet, which coats the corneal surface without exposing the eye to excess drug and preservative toxicity. I look forward to incorporating this novel technology into my own practice if and when approved.”

The VISION-2 study was a double-masked, placebo-controlled, cross-over superiority trial in which 140 subjects with presbyopia were treated. During the study, subjects were randomly assigned to a treatment sequence for dosing with pilocarpine 2% as well as placebo, both administered via the Optejet dispenser. The primary endpoint was improvement in high contrast binocular distance corrected near visual acuity without loss of distance vision measured in low light conditions 2 hours after treatment.

About the VISION Trials

According to the company, the VISION trials are Phase 3, double-masked, placebo-controlled, cross-over superiority trials that enroll participants with presbyopia. The primary endpoint is improvement in high-contrast binocular distance corrected near visual acuity without loss of distance vision in low light conditions. MicroLine is intended for the “on demand” improvement of near vision in people with presbyopia.

About MicroLine for Presbyopia

MicroLine (pilocarpine ophthalmic solution) is Eyenovia’s investigational pharmacologic treatment for presbyopia. Presbyopia or farsightedness is the non-preventable, age-related hardening of the lens, which causes a gradual loss of the eye’s ability to focus on nearby objects and is estimated to affect nearly 113 million Americans. Treatment options are typically device-based, such as reading glasses and contact lenses. Pilocarpine ophthalmic solution is known to constrict the pupil and improve near-distance vision by creating an extended depth of focus through its small aperture effect. Eyenovia believes that its administration of pilocarpine using the Company’s high precision microdosing technology could provide a meaningful improvement in near vision while enhancing tolerability and usability. MicroLine has been licensed to Arctic Vision (Hong Kong) Limited in Greater China and South Korea.

About MicroPine for Progressive Myopia

MicroPine (atropine ophthalmic spray) is Eyenovia’s investigational, potentially first-in-class topical treatment for the reduction of pediatric myopia progression, also known as nearsightedness, in children ages 3-12. It has been developed for comfort and ease-of-use in children, and its microdose administration is designed to potentially result in low systemic and ocular drug exposure. MicroPine has been licensed to Bausch+Lomb, Inc. in the United States and Canada, and Arctic Vision (Hong Kong) Limited in Greater China and South Korea. 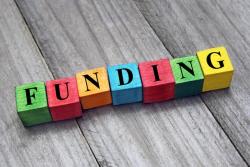