Editor's Note: The Ophthalmology Times® Research Scholar Honoree Program is dedicated to the education of retina fellows and residents by providing a unique opportunity for fellows and residents to share notable research and challenging cases with their peers and mentors. The program is supported by an unrestricted grant from Regeneron Pharmaceuticals.

Despite successful rhegmatogenous retinal detachment (RRD) repair, there is a degree of variability in long-term visual recovery.

To date, a number of factors are predictive of poor visual outcomes, including baseline visual acuity, macular involvement, height and duration of macular detachment, and timing of the surgical repair.

Preoperative outer retinal corrugations and intraretinal cystic cavities may be manifestations of chronicity and indicate more severe photoreceptor damage at the time of detachment.

On structural en face and cross-sectional SD-OCT, presence of ORFs as hyperreflective curvilinear or oblique lines that project above the retinal pigment epithelium has been described as the “jumping fish” sign.

The purpose of the study is to explore the association of early outer retinal pathology after macula-off RRD on structural en face and cross-sectional SD-OCT images with long-term postoperative retinal microstructural changes and functional outcomes.

Patients enrolled in the PIVOT trial (NCT01639209) had a primary macula-off RRD with a single retinal break or group of breaks within 1 clock hour in detached retina (above the 8 and 4 o’clock meridians) associated with any number, location, and size of breaks or lattice degeneration in the attached retina.

Patients were followed for up to 1 year with standard study visits at 1 month, 3 months, 6 months, and 12 months.

En face images were manually segmented with slabs at a thickness of 35 to 65 µm and positioned between the outer nuclear layer and the EZ.

The presence of the “jumping fish” sign on dynamic-video SD-OCT imaging through the ORFs at 1, 3, 6, and 12 months was documented.

For categorical analyses, the Fisher’s exact test was used when cell counts were below 5.

Eighty-eight eyes with macula-off RRD from 88 patients (median age, 62 years; interquartile range [IQR], 57-67) were used for this study. Fifty percent of cases had been randomized to PnR and 50% to PPV for RRD repair. The median duration of visual symptoms from onset to RRD repair was 95 hours (IQR, 38-478) and was significantly longer in eyes with presence of outer retinal corrugations (P = .001). The presence of preoperative outer retinal corrugations was associated with lower baseline visual acuity (P = .021). Eyes with preoperative SRF height of more than 500 m were more likely to have outer retinal corrugations (P < .001) and intraretinal cystic cavities (P = .001).

Regarding visual outcomes, the median ETDRS and metamorphopsia scores at 12-month follow-ups were 77 (IQR, 71-83) and 0.15 (IQR, 0-0.28), respectively. Adjusting for lens status, larger SRF height was associated with lower ETDRS at 3- and 6-month follow-ups (P values = .011). Furthermore, eyes with retinal corrugations at baseline had higher metamorphopsia scores at 12 months (P = .013). The presence of ORFs as the “jumping fish” sign was detected in 47% of eyes at 1 month postoperatively. Detectable ORFs decreased to 19%, 8%, and 3% at subsequent 3-, 6- and 12-month follow-ups, respectively.

Prevalence of the “jumping fish” sign decreases during the 12-month period postoperatively.

However, persistent ORFs beyond 3 months are associated with interruptions in outer retinal layers and decreased long-term functional recovery.

These early outer retinal findings on en face and cross-sectional OCT may serve as useful biomarkers for long-term visual prognosis. 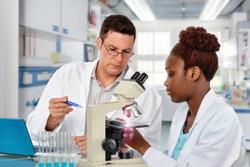 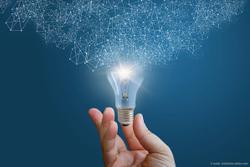 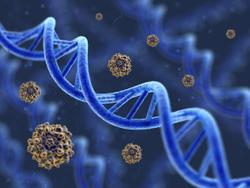