DMEK vs. DSAEK: Debate goes on

‘Nano-thin’ grafts have recently begun to be used for DSAEK. Long-term data are needed to see how the outcomes of this technique compare with DMEK.

“We know that, when compared with DSAEK using thicker grafts, DMEK seems to be associated with lower higher-order aberrations (HOAs) and faster visual recovery,” she said. “Studies are needed to compare long-term outcomes of DMEK with UT- and NT-DSAEK.”

In 2006, the first report of DMEK appeared in the peer-reviewed literature. Thin DSAEK, using a graft with a thickness <100Î¼m was described in 2011, and the first randomly selected controlled trial comparing DMEK and UT-DSAEK (average central graft thickness 73 microns) was reported this year. Patients included in the study had Fuch’s endothelial dystrophy or pseudophakic bullous keratopathy and were followed for 12 months after surgery.

RELATED: When To Consider Surgery For PtosisThe study found DMEK was associated with better BSCVA at three, six, and 12 months, but also that later during the available follow-up, there was a trend for increased endothelial cell loss after DMEK compared with UT-DSAEK. There were no statistically significant differences between the two surgeries in rates of rebubbling, graft rejection or graft survival, although the study only included 50 eyes, and may have been underpowered to evaluate these outcomes.

The only published comparison of NT-DSAEK and DMEK is a prospective case series that includes 28 eyes with Fuch’s endothelial dystrophy. The surgeons evaluated BSCVA as the primary outcome and found it was better after DMEK at one month postoperatively, but similar for the two procedures at three, six, and 12 months.

In addition, the percentage of eyes achieving BSCVA of 20/25 or better was similar in the two groups at six and 12 months. Rebubbling was needed in one eye that had NTDSAEK. There were no cases of graft rejection or failure.

Clara C. Chan, MD
E: clara.chan@gmail.com
This article was adapted from Dr. Chan’s presentation during the 2019 meeting of the American Society of Cataract and Refractive Surgery. Dr. Chan has no disclosures. 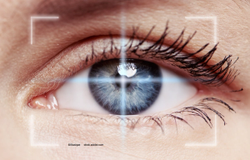