According to William B. Trattler, MD, progression of the disease before cross-linking often can be identified over a period of months.

Reviewed by William B. Trattler, MD

Keratoconus is a progressive disease that leads to steep and irregular shaped corneas with loss of best-corrected vison, and its progression can occur at any age. Although disease progression is usually more likely and rapid in children and young adults, it also can occur in patients in their 50s, 60s, and 70s.

Fortunately, corneal collagen cross-linking is FDA-approved and has been shown in hundreds of clinical trials to effectively halt progression of keratoconus in most patients by strengthening the cornea, which stabilizes and often improves the corneal shape.

Although corneas are made stronger by the cross-linking procedure, the progression of keratoconus can still occur in a small percentage of cases. Risk factors for progression after cross-linking include continued eye rubbing and young age. Because progression of keratoconus can occur in any patient, it is important that clinicians follow the corneal shape of patients with keratoconus over time, to help identify progression. William Trattler, MD, the director of cornea, Center for Excellence in Eye Care, Miami, Florida, shared his experience with this patient population and what clinicians can look for.

In light of this, Trattler recommends serial evaluations of patients regardless of their treatment status. For patients at high risk of progression, cross-linking should be considered as a first step to prevent worsening of the corneal shape, which can lead to permanent visual loss.

When following patients over time before cross-linking, consider seeing patients for repeat measurements after 3 to 6 months if they are young and have borderline keratoconus. Evaluations should typically include uncorrected and best-corrected visual acuity, refraction, and corneal shape measurements with topography and/or tomography. Changes of these parameters should be measured over time. For corneal shape, comparison maps, also called difference maps, can help highlight areas of the cornea that change shape over time.

Trattler emphasized the importance of measuring the changes over time in his report of the case of a patient, age 20 years, with slight inferior corneal steepening. After only 2 years following the initial evaluation, corneal steepening had increased significantly. The difference map showed that the steep section of the cornea steepened and the superior flat area of the cornea flattened more compared with the previous examination.

Although various numbers can be followed over time, including the I/S value, KMax, and Belin-Ambrosio Display score, Trattler recommends using difference maps above all other tools in his evaluations of patients with keratoconus.

Trattler recounted the case of a boy, age 10 years, evaluated initially and the progression that occurred within 3 months of that evaluation. The KMax progressed from 58.7 to 63. The difference map demonstrated that the steep part of the cornea became steeper, and the flap part of the cornea flattened further, resulting in a significant worsening of irregular corneal astigmatism that resulted in loss of best-corrected vision.

Another patient presented with a truncated bow tie pattern in the central cornea and slight inferior steepening. After delaying cross-linking for 18 months, the corneal shape changed substantially, with both increased steepening inferiorly and flattening superiorly.

Substantial changes do not only happen in young patients but can also occur in patients in their fifth and sixth decades of life, as Trattler demonstrated regarding patients aged 40 to 50 years as well as one age 70 years with early keratoconus.

He described the details of the case of a woman, age 63 years, who had stable difference maps over the previous 9 years. That changed in the 10th year when the patient was 64 and the KMax steepened centrally and inferiorly and flattened superiorly. Cross-linking was postponed due to the COVID-19 pandemic, and the patient returned—now age 66 years—with further progression on difference maps. The KMax worsened by 11.6 over 3 years, even though it had been stable for 9 years before the start of the progression. “This case demonstrates the importance of evaluating patients annually regardless of whether the patients have had documented corneal stability,” he stated.

Trattler also advised surgeons to be alert to ectasia following LASIK procedures. Although there can be many patterns of progression, the corneas often develop areas of steepening centrally and inferiorly—within the area of the cornea that has been flattened by the laser.

“Keratoconus is progressive and can affect patients of any age. They can be stable for extended periods and still progress in the seventh and eighth decades of life,” Trattler concluded. “Difference maps are very useful to demonstrate what is happening to the shape of the cornea over time. Following cross-linking, difference maps can also show the improvements postoperatively in the corneal shape. Annual evaluations are needed to follow these patients closely.”

This article was adapted from Trattler’s presentation at the American Society of Cataract and Refractive Surgery’s annual meeting in Washington, DC. He is a consultant to Glaukos, CXL Ophthalmics, and Oculus. 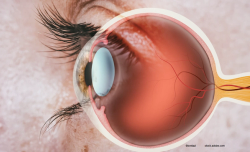