This article was reviewed by Russell Van Gelder, MD, PhD

Endophthalmitis is one of the most feared consequences of surgery in the United States-the pathology is a purulent inflammation of the aqueous and vitreous that is usually the result of infection.

In addition to its appearance postoperatively, it also may be endogenous or sterile, according to Russell Van Gelder, MD, PhD.

“Because of the increasing number of injections administered to treat macular degeneration, the incidence of endophthalmitis has re-emerged as a significant public health issue,” said Dr. Van Gelder, holder of the Boyd K. Bucey Memorial Chair and professor of ophthalmology, University of Washington School of Medicine, Seattle.

Though most cases prove to be coagulase-negative Staphylococcus, Dr. Van Gelder noted that a wide variety of pathogens have been associated with the infection, including gram-negative, fungi, and other organisms. Interestingly, the Endophthalmitis Vitrectomy Study reported a 30% rate of culture negativity, and other studies have suggested up to a 50% culture-negative rate.

“This is a technology that can amplify minute amounts of DNA to facilitate analysis. When applied to microbes, the presence of microbial DNA is considered to be evidence of potential infections,” Dr. Van Gelder explained.

Primers can amplify all bacteria and demonstrate the bacterial DNA in a sample via 16S metagenomics, a method that relies on the fact that all bacteria have a conserved structure to their 16S ribosomal DNA that is amplifiable.

Related: Are intracameral anibiotics the answer for endophthalmitis?

“Using this method, about 1% of the DNA in a sample is sequenced exhaustively to identify any existing bacteria,” he explained.

Whole genomic shotgun sequencing has become a more feasible method of identifying pathogens because of reductions in the costs of sequencing.

“In this procedure, all the DNA in a sample is fractionated for human bacteria, all is sequenced, and sequence is parsed piece by piece to determine the bacterial, fungal, viral, or human components,” Dr. Van Gelder explained.

Regarding the efficacy of 16S metagenomics compared with conventional methods of diagnosing endophthalmitis, a recent Indian study (Br J Ophthalmol. 2019;103:152-156) found that the technology was about 100% correct in identifying the organisms determined by culture; in culture-negative cases, PCR showed that about half of those cases were positive most often for coagulase-negative Staphylococcus.

However, nothing is perfect. A drawback of PCR is that the technology cannot tell live from dead bacteria or commensal from pathogenic bacteria, which sets the stage for false-positive results.

Dr. Van Gelder recounted a study in which he and his colleagues evaluated 21 cases (11 culture-positive and 10 culture negative) of endophthalmitis postoperatively using 16S metagenomics and BRiSK.

He reported that a comparison of the results of the two procedures showed that most of the culture-positive cases were replicated by the molecular techniques, and 16S PCR identified the same organism or a more specific organism than results of culturing.

“Remarkably, most of the culture-negative cases remained negative by 16S PCR and BRiSK, which suggested a very low bacterial load,” he said.

Regarding those culture-negative cases, with a cutoff value of two copies, all were also PCR negative at that level, which suggested that the cases that were considered culture-negative do not represent the inability to detect bacteria that are present but represent a minimal bacterial load.

When BRiSK was run, investigators found an interesting torque teno virus (TTV)-a small ubiquitous anellovirus that does not cause inflammatory conditions-that popped up in a number of places.

Related: How to evaluate the guidelines for antibiotic reactions in surgery

“Most of the samples from the endophthalmitis cases were positive for this virus,” he said.

TTV was identified on the ocular surface in 22 of 58 ocular swabs, suggesting that the virus entered the eye intraoperatively. However, TTV also could have been present in blood samples.

Interestingly, a separate analysis performed in collaboration with Cecilia Lee, MD, found that TTV was present in 63.6% of samples obtained in a cohort of endophthalmitis cases.

Another small DNA virus, the Merkle cell polyoma virus, also was identified in 25% of samples.

Future of sequencing
DNA sequencing technology is getting smaller and cheaper. Dr. Van Gelder discussed the availability of the hand-held Oxford Nanopore MinION Sequencer that is powered by USB and can generate more than 2 billion base pairs of DNA sequences in 24 hours at a cost of about $90. The device costs less than $1,000.

“Such devices will enable point-of-service diagnostics in the future,” Dr. Van Gelder said. “Deep sequencing will be performed at the bedside or in clinics to determine the pathogenesis of endophthalmitis in time to make therapeutic decisions.”

Russell Van Gelder, MD, PhD
E: russvg@u.washington.edu
This article was adapted from Dr. Van Gelder's presentation at the 2019 meeting of the American Academy of Ophthalmology. He did not indicate any proprietary. 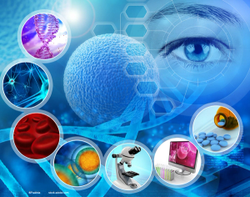