In patients who present with a cataract, certain histories should raise suspicion about existing damage to the posterior capsule or an increased risk for capsule rupture intraoperatively. Armed with that information, cataract surgeons can implement proper strategies for cataract removal and IOL implantation.

In patients who present with a cataract, certain histories should raise suspicion about existing damage to the posterior capsule or an increased risk for capsule rupture intraoperatively. Armed with that information, cataract surgeons can implement proper strategies for cataract removal and IOL implantation.

Los Angeles-Cataract surgery in eyes with an open posterior capsule or that are at high risk for intraoperative rupture requires proper planning and specific careful techniques.

First, however, the onus on surgeons is to recognize these cases so that they will implement the appropriate strategies, said Samuel Masket, MD.

In case you missed it:  4 treatment strategies for managing retinal vein occlusions

“Forewarned is forearmed, and therefore, cataract surgeons need to know when to have a high index of suspicion for an open posterior capsule,” said Dr. Masket, clinical professor of ophthalmology, David Geffen School of Medicine, UCLA, Los Angeles. “Not only will they have to change their surgical approach in these cases, but they should also involve a vitreoretinal specialist and will need to counsel the patient appropriately to set proper expectations.”

“In cases where the cataract developed after a vitreoretinal procedure, surgeons should know that while the vitrectomy probe is likely to cause a round hole, sharp needle injury results in a laceration that will leave the posterior capsule unmanageable at the time of cataract surgery,” Dr. Masket said.

Dr. Masket said that cataract surgeons operating in an eye known to have an open posterior capsule should reach out to a vitreoretinal colleague. If the problem developed during the course of a vitreoretinal procedure, the surgeon who operated in that case may wish to participate in the cataract procedure. At the least, a vitreoretinal surgeon should be informed about a possible upcoming referral for managing posteriorly dislocated lens material.

“If I know there is a hole in the posterior capsule, I think it is best to do the cataract surgery in conjunction with a vitreoretinal colleague, and especially in the setting of a vitrectomized eye,” Dr. Masket said. “In the latter situation, there is a strong likelihood the nucleus will drop, and then it will fall rapidly when there is no vitreous to cushion its descent.”

In terms of specific considerations for the surgical technique, surgeons should anticipate performing optic capture to secure the IOL. Therefore, proper placement and size of the anterior capsulotomy is critical, and with that in mind, Dr. Masket recommended a few techniques.

More in this issue: Levodopa for amblyopia explored as novel modality

“Rapid onset cataracts developing after damage to the posterior capsule are almost always white cataracts that would benefit greatly from capsulotomy performed using capsule stains or a femtosecond laser if one is available,” he said.

The femtosecond laser facilitates capsulotomy in these eyes, adds precision for achieving the desired location and size, and can be used to create the corneal incisions. However, laser treatment of the lens should not be performed since the gas bubbles that are generated would stress the already damaged capsule, Dr. Masket noted.

With the goals of minimizing the risk of posterior capsule blow-out and loss of nucleus into the posterior segment, surgeons should also avoid hydrodissection, choose phaco chop, and use a slow-motion phacoemulsification technique.

“Impaling the nucleus with the phaco tip and holding it with vacuum while subdividing the lens will be safer in these eyes than using a sculpting approach that pushes the lens posteriorly,” Dr. Masket explained.

Dr. Masket also offered tips for proceeding if the posterior capsule ruptures during routine cataract surgery. Recognition here is also key, and there are several classic clinical signs that posterior capsule rupture has occurred. They include the pupil snap sign in which the pupil abruptly narrows and then dilates, difficulty rotating the nucleus, a sudden increase in brightness or clarity of the red reflex, and frank sinking of the nucleus.

There are several options for managing posterior capsule rupture during cataract surgery. If the nuclear material has not dropped too far and surgeons believe they will be able to control it, they can try to elevate the piece into the anterior chamber by directing some an OVD beneath the dislocated material. Once it is brought forward, the fragment can be removed by phacoemulsification or by spooning it out after enlarging the incision.

“In performing these maneuvers, surgeons must continue to watch for vitreous in the anterior chamber, because if that occurs, phacoemulsification should be stopped until the vitreous is removed,” Dr. Masket said.

Posterior assisted levitation, the “PAL” technique originally described by Charles Kelman, MD, is another option for managing posteriorly dislocated lens material. The PAL technique involves posterior segment entry via the pars plana and injection of a viscoelastic agent behind the fragment followed by use of a spatula to elevate it into the anterior chamber.

A third approach is to ignore the nucleus, remove vitreous from the anterior segment, implant a posterior chamber lens in the ciliary sulcus using optic capture if the anterior capsulotomy permits, and refer the patient to a vitreoretinal surgeon for plars plana removal of the remaining lens material.

“I consider this the safest option, and it is the approach I generally recommend, although the decision may depend on the surgeon’s geographic setting and patient access to a vitreoretinal surgeon,” Dr. Masket said.

This article is based on Dr. Masket’s presentation at the 2014 meeting of the American Academy of Ophthalmology. Dr. Masket has no relevant financial interests to disclose. 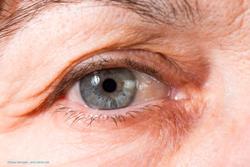