The choice of prophylactic antibiotic after photorefractive keratectomy (PRK) is extremely important because it affects the rate of corneal epithelial wound healing.

The choice of prophylactic antibiotic after photorefractive keratectomy (PRK) is extremely important because it affects the rate of corneal epithelial wound healing.

"Healing of the corneal epithelium is central to post-PRK recovery because it is the first step to visual rehabilitation," explained Renée Solomon, MD, during the American Society of Cataract and Refractive Surgery annual meeting in Washington, DC. In a paper that she presented, gatifloxacin 0.3% (Zymar, Allergan Inc.) was shown to decrease time to complete corneal epithelial wound healing after PRK significantly compared with moxifloxacin 0.5% (Vigamox, Alcon Laboratories Inc.).

PRK for correcting refractive errors appears to be undergoing a resurgence.

These more potent fourth-generation fluoroquinolones, gatifloxacin 0.3% and moxifloxacin 0.5%, with their broader spectrum of activity and increased efficacy against gram-positive organisms, are now commonly used for infectious keratitis prophylaxis after PRK. Therefore, they are important agents to evaluate in the use of prophylaxis against post-PRK infections.

Given the significance of wound healing to the PRK procedure and the widespread use of fourth-generation fluoroquinolones, a prospective, self-controlled, double-masked, randomized study was conducted "to evaluate the effect of gatifloxacin 0.3% and moxifloxacin 0.5% on corneal epithelial wound healing after PRK," Dr. Solomon reported.

The patients were examined immediately following the procedure to confirm that there was a balance in the two groups at baseline. Then the study medications gatifloxacin 0.3% and moxifloxacin 0.5% were randomly instilled in the appropriate eyes and bandage contact lenses were applied to both eyes. 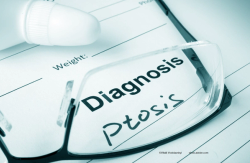