Use of accurate data for planning toric IOL surgery is critical to optimizing astigmatism outcomes.

This article was reviewed by Noel A. Alpins, MD

Outcomes of toric IOLsurgery can be improved when the planning considers the flattening effect (FE) of the phacoemulsification incision rather than the surgically induced astigmatism vector (SIA) and uses total corneal topographic astigmatism (CorT Total) or measured total corneal power (TCP) instead of an estimated value, according to Noel A. Alpins, MD.

“When there is any amount of SIA that is off-axis from the incision, the SIA is an overstatement of the amount of change occurring at the incision site,” Dr. Alpins said.

Research showing how SIA can vary considerably depending on various factors also highlights the potential pitfalls of using a manufacturer-recommended SIA of 0.10 D as a default value for toric IOL power calculations.

Citing results from a study he conducted analyzing data from operating on 1,300 eyes of 650 patients, Dr. Alpins demonstrated that the flattening effect of his 2.2-mm incision differed significantly between right and left eyes and was three times greater than a manufacturer’s recommendation to use an SIA value of 0.10 D for incisions ≤2.50 mm.

In his study, Dr. Alpins determined that the SIA averaged 0.64 D and the mean flattening effect was around 0.3 D.1

Measuring astigmatism
CorT Total is a vectorially calculated parameter derived from an average over a wide annular region on the cornea that incorporates anterior and posterior corneal astigmatism and corresponds better in magnitude and orientation to the refractive cylinder than simulated K (Sim K), manual keratometry and autokeratometry, regardless of corneal regularity.

“The simulated keratometry value displayed by  corneal topography maps is derived from data within a narrow 3.0 mm zone, which can have some variability when there is irregularity,” Dr. Alpins said.

“CorT Total is derived from a wider region,” he said. “Using data from all of the rings and taking a vectorial average washes out the error introduced by irregularity in any one ring, so variability is low.”

In a recent study, Dr. Alpins and colleagues reported that CorT Total is a reliable measure that corresponded with the manifest refractive cylinder as well as the total corneal power measures from two Scheimpflug tomographers and better than those of a third [Alpins NA, et al. Cornea. 2019; Oct 9 Epub ahead of print]3

Online calculators
Members of the International Society of Refractive Surgery have free online access (www.isrs.org) to a series of calculators for astigmatism analysis, Vector Planning and toric IOL calculations.

The calculators include the ASSORT Group Analysis Calculator that uses the Alpins Method to generate group analyses and the standard Journal of Refractive Surgery graphs. It has options for analyzing changes in refractive cylinder, changes in corneal astigmatism, and outcomes of toric IOL implantation.

The ASSORT Toric IOL calculator is another feature. Its inputs include anterior corneal power or CorT anterior and either CorT total or TCP from a tomographer, and it generates the expected refractive outcomes for any available toric implant using different combinations of sphere and cylinder so that surgeons can select a lens that is predicted to result in a  spherocylinder that is closest to 0.

Noel A. Alpins, MD
E: alpins@newvisionclinics.com.au
This article is based on Dr. Alpins' presentation at the American Academy of Ophthalmology 2019 annual meeting. Dr. Alpins is the founder and CEO of ASSORT Surgical Management Systems. 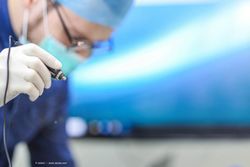 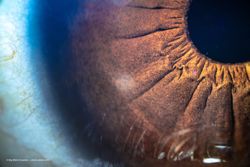 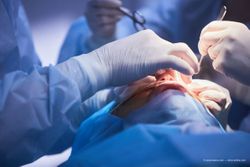