A study of dry eye disease (DED) in children found that the average age of onset of DED is at 12.51 years compared with the average of 61.06 years in adults. The highest prevalence in children was seen between 12 to 15 years of age, according to lead author Vivian Paraskevi Douglas, MD, DVM, MBA, MSc, and colleagues from Massachusetts Eye and Ear, Department of Ophthalmology, Harvard Medical School, Boston.

Although DED is highly prevalent in adults, with rates ranging from 5% to as high as 50%, little is known about the disorder in pediatric patients, which sparked the interest in this study.

The investigators used the extensive data in the American Academy of Ophthalmology Intelligent Research in Sight (IRIS) Registry to study the difference between the pediatric and adult populations.

Douglas and associates collected data on biologic sex, race, ethnicity, and US geographic region of residence.

Among the pediatric patients, DED had higher prevalence rates in those with refractive errors and eyelid/conjunctival disorders, the authors reported.

Regarding seasons, springtime had the highest prevalence of DED and winter the lowest among the pediatric population.

“Until recently, pediatric dry eye disease has been an under-recognized disease due to diagnostic limitations and challenges of interpreting the symptoms in children,” Douglas and her mentor, Aisha Traish, MD, concluded. “We are excited about the potential for big data to provide insight that informs our care for this segment of the population.” 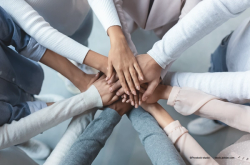