According to investigators, retinal aging caused by stress produces symptoms similar to those resulting from natural aging. 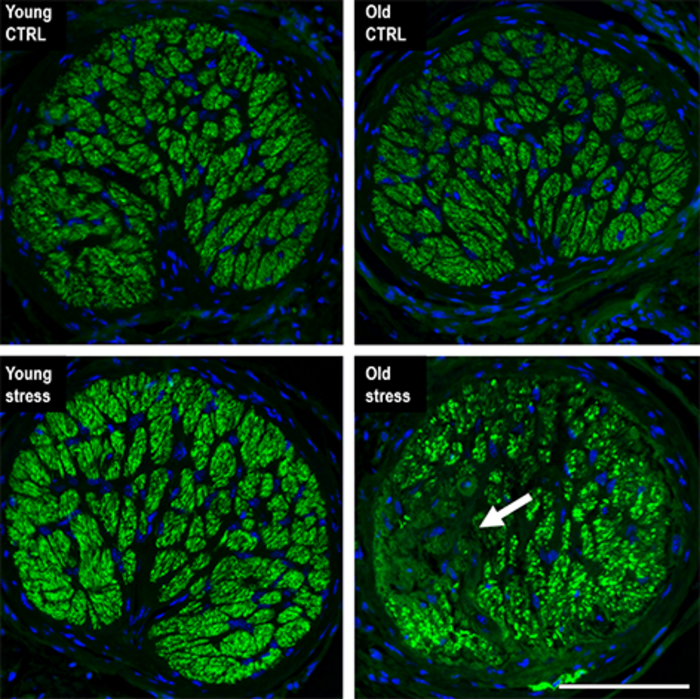 Investigators at the University of California, Irvine, have conducted research suggesting that aging is a key component of retinal ganglion cell death in glaucoma, and that novel pathways can be targeted when designing new treatments for glaucoma patients.

According to the study, titled “Stress induced aging in mouse eye,” Dorota Skowronska-Krawczky, PhD, assistant professor in the Departments of Physiology & Biophysics and Ophthalmology and the faculty of the Center for Translational Vision Research at the UCI School of Medicine, describes the transcriptional and epigenetic changes happening in aging retina.

According to a UC-Irvine news release, the team shows how stress, such as IOPelevation in the eye, causes retinal tissue to undergo epigenetic and transcriptional changes similar to natural aging. And, how in young retinal tissue, repetitive stress induces features of accelerated aging including the accelerated epigenetic age.

Aging is a universal process that affects all cells in an organism. In the eye, it is a major risk factor for a group of neuropathies called glaucoma. Because of the increase in aging populations worldwide, current estimates show that the number of people with glaucoma (aged 40-80) will increase to over 110 million in 2040.

“Our work emphasizes the importance of early diagnosis and prevention as well as age-specific management of age-related diseases, including glaucoma,” Skowronska-Krawczyk said in the news release. “The epigenetic changes we observed suggest that changes on the chromatin level are acquired in an accumulative way, following several instances of stress. This provides us with a window of opportunity for the prevention of vision loss, if and when the disease is recognized early.

Moreover, the investigators noted that in humans, IOP has a circadian rhythm. In healthy individuals, it oscillates typically in the 12-21 mmHg range and tends to be highest in approximately two thirds of individuals during the nocturnal period. Due to IOP fluctuations, a single IOP measurement is often insufficient to characterize the real pathology and risk of disease progression in glaucoma patients. Long-term IOP fluctuation has been reported to be a strong predictor for glaucoma progression. This new study suggests that the cumulative impact of the fluctuations of IOP is directly responsible for the aging of the tissue.

“Our work shows that even moderate hydrostatic IOP elevation results in retinal ganglion cell loss and corresponding visual defects when performed on aged animals,” Skowronska-Krawczyk added in the news release. “We are continuing to work to understand the mechanism of accumulative changes in aging in order to find potential targets for therapeutics. We are also testing different approaches to prevent the accelerated aging process resulting from stress.”

Researchers now have a new tool to estimate the impact of stress and treatment on the aging status of retinal tissue, which has made these new discoveries possible. In collaboration with the Clock Foundation and Steve Horvath, PhD, from Altos Labs, who pioneered the development of epigenetic clocks that can measure age based on methylation changes in the DNA of tissues, it was possible for researchers to show that repetitive, mild IOP elevation can accelerate epigenetic age of the tissues.

“In addition to measuring vision decline and some structural changes due to stress and potential treatment, we can now measure the epigenetic age of retinal tissue and use it to find the optimal strategy to prevent vision loss in aging,” Skowronska-Krawczyk explained.

According to the university news release, this research was funded in part by the National Institutes of Health, the Foundation for Polish Science and the European Union under the European Regional Development Fund. Authors would like to acknowledge support of the Research to Prevent Blindness Foundation for Department of Ophthalmology at UCI.