Richard Duffey, MD, and David Leaming, MD, who have private practices in Mobile, AL and Yucca Valley, CA, respectively, compiled the data and presented their findings during Refractive Subspecialty Day at the 2015 meeting of the American Academy of Ophthalmology. The survey had a response rate of about 10%.

This means that while femtosecond laser and implantation of toric and presbyopia-correcting lenses are not yet high-volume refractive surgeries, they are on the rise. LASIK and surface ablation procedures remained relatively stable over the past year.

Surgeon preferences for treating myopia and hyperopia were noteworthy. For instance, treatment of a 30-year-old patient with high myopia (-10 D) was fairly consistent across the board, with 29% of surgeons choosing LASIK, 33% phakic IOLs, 15% surface ablation, and 20% doing nothing.

Surgeons are managing astigmatism more during cataract surgery and even lower astigmatic levels are being addressed. The data showed that 68% of surgeons correct 0.5 to 1.00 D of astigmatism when it becomes relevant to vision, and 97% correct 1.25 D.

Related: Was 2015 the year of inlays, FLACS, or something else?

Slideshow: How will ophthalmology evolve in 2016?

The data showed that there are healthy laser vision correction (LASIK and PRK) family indices among refractive surgeons, themselves, and their family members. The percentages of patients who choose laser vision correction in this group are about three times higher than in the general population. The individuals who know about refractive surgery from family members tend to undergo it more regularly than members of the general population. Generally, there was a slight decrease in the volume of laser correction procedures performed from 2014.

Regarding topography devices, the numbers seem to indicate that surgeons are using more than one device, with the Atlas (Zeiss Humphrey) and Pentacam (Oculus) leading the pack.

When treating patients with presbyopia who do not have cataracts, monovision or modified monovision are the treatments preferred by 70% of the responders, followed by multifocals, accommodating lenses, and lastly, inlays.

In LASIK, the minimal residual stromal bed thickness that surgeons are willing to tolerate has increased over time, but most surgeons prefer more than 250 μm and want to maintain 275 to 300 μm of residual stroma.

The use of antibiotics, steroids, and nonsteroidal anti-inflammatory drugs has remained stable after laser vision correction. The use of trimethoprim sulfate, polymyxin B sulfate (Polytrim, Allergan) has increased somewhat. The steroid difluprednate ophthalmic emulsion (Durezol, Alcon) has increased over time and while prednisolone (Pred Forte, Allergan) has decreased, it remains the option that most surgeons select.

Finally, the development of ectasia after laser vision correction is declining.

This is the last year that Dr. Duffey and Dr. Leaming will conduct this survey. More data are available at www.duffeylaser.com. 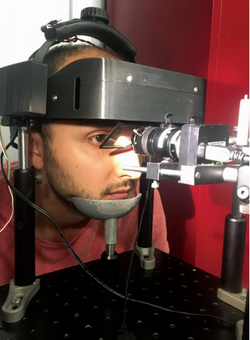