Tampa—Toric IOLs are a valuable tool in the cataract surgeon's armamentarium for correcting all levels of astigmatism, said James P. Gills Sr., MD, at the Current Concepts in Ophthalmology meeting.

"Depending on the amount of astigmatism present, toric IOLs can be used alone or in various combination techniques to provide maximum correction of cylinder and thereby optimize unaided visual acuity and image quality while avoiding regression and maximizing preservation of corneal integrity," said Dr. Gills, clinical professor of ophthalmology, University of South Florida, Tampa. He spoke during the conference held earlier this year, sponsored by Johns Hopkins University School of Medicine, Baltimore, and Ophthalmology Times.

A toric IOL alone can be used to correct low to moderate astigmatism. The implants are available in two cylinder add powers-2 D that yields 1.4 D of correction and a 3.5-D lens that corrects 2.3 D of cylinder. It is placed with the haptics aligned with the steep axis, and patients are reevaluated after 10 days for residual refractive cylinder that is indicative the lens has rotated off axis. That problem occurs in approximately 30% of eyes, Dr. Gills noted.

To extend the range of correction up to 6 or 7 D, combining a toric IOL with astigmatic keratotomy (AK) is preferred over piggybacking two toric IOLs. However, the piggyback technique combined with strategic selection of wound size and location is a good option for eyes with even higher amounts of astigmatism, Dr. Gills said.

"My philosophy is that it is best to create only a single incision whenever possible, and so I will use a scleral incision measuring 5.5 to 8 mm placed at the steep axis. However, do not forget to consider the effect of the incision on corneal astigmatism when calculating the amount of desired correction," Dr. Gills said.

Piggybacking and suturing two 3.5-D toric IOLs will double the effective correction to 4.8 D and when the lens pair is placed through a 7-mm scleral incision, it can be used to correct up to 8 D of cylinder.

Eyes needing 8 to 12 D of astigmatism correction are managed with a piggybacked toric IOL combined with strategic scleral incision placement plus limbal relaxing or corneal relaxing incisions as needed to treat the remaining cylinder.

Dr. Gills recommends suturing the toric IOLs back to back (the cylinder is on the front of the optic) through the fixation holes with 9-0 nylon. That technique avoids dimpling or compression of the optic that will reduce the effective cylinder correction. One throw and one knot are placed through each hole.

"Suturing is advocated for eliminating the possibility of the lenses counter-rotating, and because the piggybacked IOLs fill the bag completely, there is a minimal likelihood for postoperative rotation," Dr. Gills said. 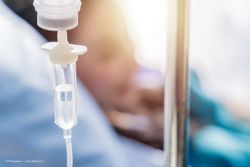