Six hours of occlusive therapy and treatment with atropine can be beneficial to children with severe amblyopia.

Baltimore-Six hours of occlusive therapy-as opposed to all-day patching-and treatment with atropine can both be beneficial in children with severe amblyopia, according to Michael X. Repka, MD.

Improvements in visual acuity from both therapies, however, are greater in younger children compared with older ones.

Studies to determine the optimal treatment for severe amblyopia clearly are needed, according to Dr. Repka. Fortunately, severe disease only occurs in about one-third of the patients with amblyopia.

Dr. Repka reviewed the outcomes of the Amblyopia Treatment Study 2 (ATS 2), in which researchers sought to determine whether more hours of patching actually benefit patients with amblyopia.1

"Practically speaking, many parents already were complicit in pushing us to study fewer hours because it was impossible to do more," he said. "They were told to [use the] patch all day, through the day, through soccer practice. Many parents did it, but many did not."

Researchers of this randomized, controlled trial compared two commonly prescribed doses of occlusion-6 hours/day versus full-time patching-in 175 children aged fewer than 7 years with severe amblyopia, defined as a visual acuity of 20/100 to 20/400 (mean: 20/160).

At 5 weeks, the impact of both treatments "could not have been more symmetrical," Dr. Repka said. Each group had improved to 20/63-2. At 4 months, improvements in visual acuity in both groups again were similar: a mean improvement of 4.7 lines in the full-time group and 4.8 lines in the 6-hour group.

"In a clinical setting at 4 months, with prescribed dosages that were not monitored, full-time patching and 6 hours of patching were very effective, with improvements in visual acuity of nearly 5 lines in both groups," Dr. Repka said. "That's a substantial improvement."

Based on these results, researchers concluded that fewer hours of patching were effective as an initial therapy in young children with severe amblyopia. The question that remains to be answered, however, is what to do in children who do not have improvement after this initial therapy, Dr. Repka said.

He said that a trial has been started to understand how to enhance treatment when initial treatment has failed. These results, however, will not be available for 4 or 5 years. 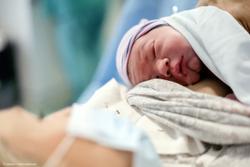 Ocular manifestations of COVID-19 in newborns