A new imaging technique can show the deaths of individual cells in people with glaucoma by labelling the cells with fluorescent dye, according to researchers. The approach might eventually be used to diagnosis the disease in its early stages or measure its progression.

A new imaging technique can show the deaths of individual cells in people with glaucoma by labelling the cells with fluorescent dye, according to researchers. The approach might eventually be used to diagnosis the disease in its early stages or measure its progression.

"As far as we are aware, this is the first time in humans that individual neuronal cell apoptosis has been visualised in vivo, in real time," wrote Professor Francesca Cordeiro from the UCL Institute of Ophthalmology in London, and colleagues. They published their finding in the journal Brain.

This technique, detection of apoptosing retinal cells (DARC), could be useful in the diagnosis of age-related macular degeneration, optic neuritis and Alzheimer's disease, they wrote. Until this study, they had only used it in animal models.

Retinal ganglion cell apoptosis occurs long before symptoms occur in glaucoma, and by then patients may have sustained irreparable damage to their vision. So researchers have long hoped to assess individual cell loss. But until now, no one has figured out how.

Professor Cordeiro and colleagues hit upon the idea of using annexin 5, an endogenous protein common in humans. In the presence of calcium, annexin 5 has a high affinity for phosphatidylserine, which is exposed on apoptotic cell membranes.

Annexin 5 has already proved useful in in vitro assays to measure apoptosis. When radiolabelled, it has helped identify apoptosis, but not down to the level of individual cells.

In experimental models, Professor Cordeiro and colleagues have shown that it can identify apoptosis in Alzheimer's disease, Parkinson's disease, optic neuropathy, retinal neurodegeneration, and glaucoma.

To test it out in humans, the researchers labelled annexin 5 with fluorescent dye DY-776 to create ANX776. They randomly assigned eight patients with progressive glaucoma and eight healthy subjects to intravenous doses of 0.1, 0.2, 0.4, and 0.5 mg of ANX776.

They used a confocal scanning laser ophthalmoscope set to ICGA infrared fluorescence after pupillary dilation to acquire images of the subjects' retinas. They only dosed one subject per day, with a minimum of 72 hours between doses of the first and second participant. They required the subjects to stay in the hospital to monitor them for adverse events.

The glaucoma patients all had significantly increased cupping, with a mean cup-to-disc ratio of 0.53, and elevated IOP, with a mean of 13.9 mm Hg. Over a mean period of 7.3 months, they showed structural and visual field progression.

Apoptotic cells appeared as hyperfluorescent spots on the retina measuring between 12 and 16 µm diameter in a retinal area in each image of 78.73 mm2.

Spots had different fluorescent signal profiles over time and appeared at the level of the retinal ganglion cell layer, as judged by focusing in the reflective mode of the confocal scanning laser ophthalmoscope.

A multivariable analysis showed that the total count of DARC spots was 2.37 times higher in patients with glaucoma (p = 0.003) at any dose. The count of these spots correlated with decreased central corneal thickness and increased cup-to-disc ratios.

It also correlated with age in the healthy subjects. Apoptosis has been associated with healthy ageing as well as being an established risk factor for glaucoma.

In addition, the more DARC spots a glaucoma patient had, the higher the patient's rate of glaucoma progression. This suggests that "DARC could potentially be prognostic of neurodegenerative activity," the researchers wrote.

None of the subjects withdrew from the study, or reported any serious adverse events. There were cases of discomfort during phlebotomy, haematoma at the cannulation site, influenza, metatarsal inflammation, dizziness, and headaches, but the researchers did not deem any of these to be related to ANX776.

The drug was rapidly absorbed and eliminated; exposure appeared to be dose-dependent without accumulation.

Previous researchers have estimated the number of retinal ganglion cells lost per day to be between 77 and 90 in the whole retina. Assuming that the 30° lens used in this study visualised 30% to 52% of the total retinal ganglion cell death within that field of view (and that all cell death occurs through apoptosis or necrosis), the number of maximal DARC counts in the 0.4 mg ANX776 cohort would be in the predicted range.

The researchers determined 0.4 mg to be the optimal dose, as this was when they saw the most DARC spots.

They cautioned that their results are only preliminary.

"Like any new technology, DARC will need robust testing if it is to be successfully validated," they wrote. "However, these results demonstrate translation from experimental studies where DARC has been used to assess treatment efficacy in addition to disease activity, opening the door for it to be considered as a companion diagnostic endpoint in the indications already investigated experimentally." 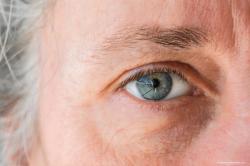 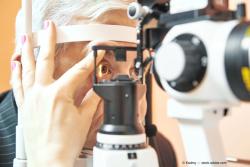