Significant changes in cylindrical measurements were observed following unilateral horizontal strabismus surgery in a retrospective study. In addition, investigators found clinically significant changes in a large number of operated eyes as well as a portion of control eyes.

San Diego-Horizontal strabismus surgery may cause statistically significant changes in cylinder after strabismus surgery, and clinically significant changes may affect a large number of eyes undergoing the procedure, suggest results of a retrospective review. In addition, the surgery may affect the eye that did not receive the operation, according to Cintia F. Gomi, MD, assistant project scientist at the University of California, San Diego, and the Ratner Children's Eye Center, San Diego.

"Patients should be aware of this possibility of a change in their refraction, and the final refraction should be made after surgery, especially in young children," Dr. Gomi said.

Contributing to the debate on the importance and mechanisms of the refractive change, she and her colleagues performed a study to investigate the effects of the horizontal muscle surgery on refraction in patients who underwent unilateral strabismus surgery in comparison with the fellow eye, which served as a control.

The Ophthalmology Departments of the University of California, San Diego, and the University of São Paulo, Brazil, collaboratively performed the retrospective chart review. The study enrolled patients who underwent unilateral surgery for horizontal strabismus from January 2000 to December 2005. Patients who had a refraction before and after surgery and a minimum follow-up of 2 months were eligible. Those who had any vertical deviation, surgery on any vertical or oblique muscle, or no postoperative follow-up were excluded.

All patients aged fewer than 25 years underwent refraction with cycloplegia. Data collected from the charts included date of birth, type of deviation, pre-and postoperative refraction, the type of surgery performed, and which muscles received the operation.

After a review of 204 charts, 59 patients met the inclusion criteria. The study population consisted of 27 males and 32 females with a mean age of 16.6 years and a mean follow-up of 7.14 months. The surgery was performed in 28 right eyes and 31 left eyes; 34 patients presented with esotropia and 25 with exotropia.

Dr. Gomi and colleagues calculated the absolute change in sphere, cylinder, and spherical equivalent (SE) in the surgical and control eyes within both groups then compared the results. 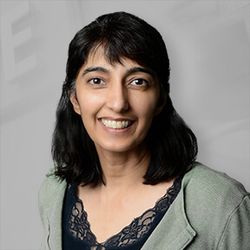