Analyses of data from 293 eyes undergoing uncomplicated Descemet membrane endothelial keratoplasty (DMEK) show that endothelial cell loss is greater in eyes that undergo a single re-bubbling for graft separation. The study, however, does not establish a causal association.

Reviewed by Mark A. Terry, MD

It is unclear, however, whether or not the re-bubbling intervention itself increases EC loss or if it is simply an identifier of tissue with more compromised endothelium. Furthermore, these considerations should not deter cornea surgeons from adopting DMEK because re-bubbling after DMEK is a much simpler, safer, and faster procedure compared with re-bubbling after DSAEK, according to Dr. Terry, director of Cornea Services, Devers Eye Institute, Portland, OR.

“DMEK re-bubbles can be done safely at the slit lamp and with minimal to no disruption of your clinic because the re-bubbling takes less time than is needed to remove sutures,” he said.

“With DSAEK, the re-bubble is done when the graft is fully detached, necessitating not only getting the bubble in the eye, but also centering the tissue and eliminating interface fluid. In DMEK, the tissue is already centered and partially attached to the recipient bed. Therefore, all that is necessary is to put an air bubble in the eye, which is done easily at the slit-lamp in just minutes using a new technique that we recently published [Sales et al, Cornea. 2016;35(4):582-585].”

The retrospective study investigating the effect of re-bubbling on EC loss after DMEK included 293 consecutive eyes with Fuchs endothelial corneal dystrophy that underwent uncomplicated DMEK between February 2013 and January 2016 and had specular microscopy data available from baseline and follow-up at either 6 or 12 months.

The review identified 293 DMEK eyes, of which 260 were not re-bubbled, 27 were re-bubbled once, and 6 underwent two re-bubbles.  Endothelial loss data were available for 272 eyes seen at 6 months and for 194 eyes at 12 months.

Dr. Terry noted that the association between re-bubbling after DMEK and greater EC loss may be causal, but he also offered an alternative plausible explanation.

“It should not be automatically assumed that placing another air bubble postoperatively causes more cell damage. Perhaps the grafts that are re-bubbled already have greater endothelial damage, and that damage predisposes them to re-bubbling,” he said. “The damage may be present from processing before the transplant procedure or could be induced during the surgery, leading to poorer adhesion and more need for longer bubble support.”

The finding of a higher EC loss rate after one re-bubbling in his series differs from a previously published report from the Price Vision Group, Indianapolis, IN [Feng et al. J Cataract Refract Surg. 2014;40(7):1116-1121], Dr. Terry noted. Results of the latter study showed the median EC loss rate was the same at 6 and 12 months comparing eyes that had no re-bubbling and those that had one re-bubble. However, the EC loss rate was significantly higher in eyes that had two or more re-bubbles compared with those having no re-bubbling or a single intervention.

Dr. Terry said that the re-bubbling rate was much higher in the Price study than in his series (30% versus 11%), and that the difference in number of re-bubbled eyes may account for the difference between the two studies in demonstrating a statistically significant difference in EC outcomes.

Dr. Terry recommended strategies to avoid a need for re-bubbling, all related to minimizing the direct manipulation of the graft during surgery and thereby reducing endothelial damage.

More: Why single-instrument screening for keratoconus remains a dream

This article was adapted from Dr. Terry’s presentation at the 2016 annual meeting of the American Society of Cataract and Refractive Surgery Symposium. He has no financial disclosures relevant to his talk. 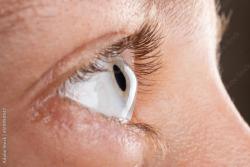