Prior vitrectomy does not affect DME therapy with ranibizumab, laser

Analysis of eyes with and without prior vitrectomy from DRCR Protocol I showed similar results when treated with ranibizumab with prompt or deferred laser.

Take-home message: Analysis of eyes with and without prior vitrectomy from DRCR Protocol I showed similar results when treated with ranibizumab with prompt or deferred laser.

Dr. Wells focused on a comparison of visual and optical coherence tomography (OCT) outcomes in eyes with and without previous vitrectomy that had received ranibizumab (Lucentis, Genentech) and prompt or deferred laser treatment for DME. The research focused on anatomic and clinical outcomes from the Laser Ranibizumab Triamcinolone Trial for DME (Protocol I) within the Diabetic Retinopathy Clinical Research (DRCR) Network.

Additionally, the vision benefits at year 1 appear to be sustained through at least a 5-year follow-up.

However, it has been suggested that in eyes with previous vitrectomy, anti-VEGF agents could have a shorter duration of action because of rapid clearance of the drug.

“There’s a lack of data to support this except in a small series of eyes treated with bevacizumab,” said Dr. Wells, in practice in Palmetto Retina, West Columbia, SC.

This is what led to the post hoc exploratory analysis of patients with or without prior vitrectomy assigned to intravitreous ranibizumab with prompt or deferred laser. Investigators analyzed visual acuity, OCT central subfield thickness, OCT volume, and the number of injections from baseline through 3 years. There were 336 eyes in the nonvitrectomized group and 25 in the vitrectomized group.

That said, there were some eye-related factors that were imbalanced and that related to diabetic retinopathy and DME severity, he added.

Ultimately, the study showed that in the means-adjusted results, both groups had a substantial improvement in vision that was sustained for 3 years.

“Eyes with prior vitrectomy initially did slightly better but at 1 and 3 years, the points crossed and there was no statistically significant difference between the groups,” Dr. Wells said.

Both groups required a median of 13 injections over a 3-year period, with no additional treatment burden in the nonvitrectomized eyes. The need for injections declined from the first year in both groups to a median of 2 in the second year and a median of 1 in the third year.

However, eyes with DME require continued monitoring as the study showed DME can recur after the first year of treatment, he added.

Some study limitations include the small number of cases with vitrectomy, the fact that it is a post-hoc study, and a number of potential confounding factors.

This article was adapted from Dr. Wells’ presentation at the 2014 meeting of the American Academy of Ophthalmology. He did not indicate any proprietary interest in the subject matter. 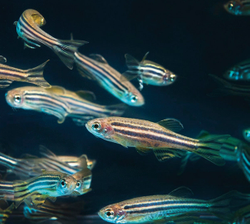 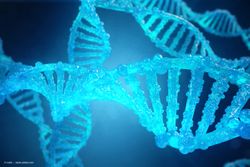