If a practice is going to make a change to include an incentive program, it must be done as a package by creating a new set of work standards.

San Francisco-Employee incentives-programs designed to motivate and reward workers to perform at or above certain standards-are common in the corporate world. Unfortunately, says practice-management consultant Arthur De Gennaro, the same can't be said for incentive programs in ophthalmology practices.

De Gennaro, president of Arthur De Gennaro & Associates, a Lexington, SC-based practice-management consulting firm that specializes in dispensary profitability, discussed the value of incentive programs in ophthalmology practices in his seminar, "Incentive Programs and the Dispensary," at the annual meeting of the American Society of Ophthalmic Administrators.

De Gennaro presented a hypothetical scenario of a practice that needs to increase the number of patients it accommodates daily.

"If you go into an environment where the doctors are seeing, say, 20 patients a day, and you recognize that's way substandard and you want to raise it to 30 patients a day, the opticians may well say to themselves: 'Why should I, if all I'm doing is seeing more patients, dealing with all the administrative nonsense that goes along with it, creating more stress for myself, and making the same salary'-and they'd be justified saying that," De Gennaro said. "Basically, they're saying: 'What's in it for me?' Incentive programs answer that question. You simply say: 'If you can do this for us, we can do this for you'-and that's usually a way of introducing change into the organization."

De Gennaro advised that if a practice is going to make a change to include an incentive program, it must be done as a package by creating a new set of work standards, introducing new training, modifying the supervision model, and then adding the monetary reward.

"You have to let them know what's in it for them to make these changes," he said. "You have to tell them that they're going to have to work a little bit harder, but that you'll teach them how to do that and coach them as they learn, and that if they make the effort to make the changes, you'll even pay them extra for it.

"It goes down much easier if you put it in those terms," De Gennaro added. "So if it's done as a package piece-work standards, training, follow-through, appraisal salary change-it works much better. I've done this at least 70 times in my consulting in the past 9 years, and it's never failed yet."

Succession planning: Following an 'institution' can be tough 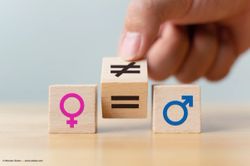