After putting physicians on the brink of a massive pay cut 5 times during 2010, legislation has been passed that buys a year of stability while a better method is sought for paying those who treat Medicare patients.

Washington, DC-After putting physicians on the brink of a massive pay cut five times during 2010, legislation has been passed that buys a year of stability while a better method is sought for paying those who treat Medicare patients.

The legislation, passed by the Senate on Dec. 8 and the House the following day, stalled the scheduled 24.9% pay cut until Jan. 1, 2012; it was signed Dec. 15 by President Obama. It also preserves and extends the 2% increase that all physicians received in June through 2011.

The passage was met with praise and relief by the American Academy of Ophthalmology (AAO), which had joined with the American Medical Association and many other medical specialty groups in seeking a 12-month delay. They reasoned that the many new representatives taking office this month will need time to study the issue and determine an equitable strategy, and that such a decision should not be made under deadline pressure at the end of the year.

"We are far from our goal, but this is a fair response to our immediate request for stability," said Cathy G. Cohen, the AAO's vice president for governmental affairs.

"This bill provides the security patients deserve and the certainty doctors need, ensuring seniors and military families have access to the doctors they know and trust," Sen. Baucus said in the release.

Unlike the AAO, the American Society of Cataract and Refractive Surgery (ASCRS) worked with the Alliance of Specialty Medicine, a consortium of 11 specialty groups, in only advocating a permanent fix of the sustainable growth rate (SGR) formula that has mandated cuts in physician rates since 2002. Although Congress has always intervened to prevent those cuts from occurring, the financial burden keeps stacking and worsening the problem.

Brock Bakewell, MD, the government relations chairman for ASCRS, said he is relieved the cut was averted, but frustrated by the lack of movement on a permanent fix.

"We'll be in this same position next year this time," said Dr. Bakewell, a private-practice cataract, corneal, and refractive surgeon in Arizona. "We need to get stability. We have stability for 1 year, but what happens after that? Might they let one of these cuts go through? If the economy got bad enough, they very well might."

To get that permanent solution, patients might need to shoulder more financial responsibility for their medical care. The Medicare system cannot afford to cover all the sophisticated tests and procedures that patients must undergo today, he said.

Like the AAO, ASCRS opposes the rationing of care by an Independent Payment Advisory Board, established under the health reform legislation and charged with enforcing an upper limit on Medicare annual spending growth, beginning in 2015. Instead, ASCRS advocates asking patients to pay a higher percentage of services or higher co-pays as a part of a Medicare reform package, Dr. Bakewell said.

In addition, medical liability reform is critical to reducing the overall costs of medicine, he said. Imposing limits on punitive damage awards would save physicians thousands of dollars on malpractice insurance and cut a lot of expense from the system, he explained.

"If you change that, maybe you don't have to have as much patient-shared responsibility," Dr. Bakewell said.

Such reform would not prohibit injured patients from suing their physicians for future lost wages and other fair compensation for mistakes made, he clarified. He suggests a cap of $500,000 on punitive damages, similar to what California and Louisiana have instituted, to put a stop to the $20 million punitive-damage awards that juries sometimes impose to send a message.

"Patients have a right to be paid if they can't work because they've been injured by a procedure," he said. "We're all for that."

Dr. Bakewell said he pays about $20,000 to $25,000 a year on malpractice insurance alone. Obstetricians and neurosurgeons can pay up to $150,000 a year for malpractice coverage, he said. Under Congress' "pay-as-you-go" rule, stalling the 24.9% pay cut meant finding the money elsewhere.

In this case, Congress found $19 million in overpayments of the health care affordability tax credit. The bill corrects overpayments made when individuals earned more money than expected in a given year.

Although the reprieve extends the payment guidelines for a year, Cohen said medical groups plan to dive in immediately to resume discussions with new and returning legislators.

"When you're asking for $280 billion (to abandon the SGR), it's not going to be a small discussion, and it's a very complex issue," she said. Congress should pilot a variety of programs to see what could be translated nationally. "There's a lot of work to be done, but we're ready." 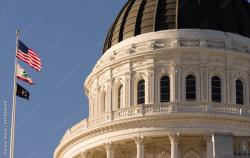