Preliminary results from a study investigating use of a intraoperative wavefront aberrometer indicate that it accurately measures the refraction in aphakic eyes and translates the data into IOL power to enable excellent outcomes after cataract surgery. 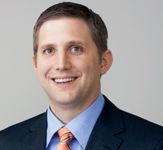 The multicenter study is being performed with a second-generation version of the aberrometer. The first commercially released version of the system demonstrated success in confirming lens power and improving toric IOL orientation and outcomes of limbal relaxing incisions (LRIs) based on pseudophakic measurements.

Dr. Wiley said he began using the first generation of the system in May 2009 and has been impressed by its performance. After performing a few hundred pseudophakic measurements, focused analysis of data from a few dozen eyes showed excellent agreement between the manifest refraction measured at 1 month postoperative and two separate pseudophakic readings taken intraoperatively and then repeated 1 month postoperative.

"However, there is a clear advantage for being able to obtain an accurate refractive measurement after the crystalline lens is removed and verify the correct IOL power has been chosen prior to implantation of the pseudophakic lens," he said. "Initial findings from the aphakic power calculation study are encouraging in showing this technology will improve outcomes for spherical equivalent [SE], including in eyes with a history of refractive surgery, as well as minimize residual cylinder in toric IOL and LRI cases."

Enrollment was just completed at the end of November 2009, but an interim analysis was performed based on data from the first 50 eyes pooled from the participating investigators. IOL power was determined preoperatively with standard measurements performed using partial coherence interferometry (IOLMaster, Carl Zeiss Meditec) for biometry and also calculated intraoperatively based on intraoperative aberrometry aphakic measurement. The predictive accuracy of both techniques was assessed through back calculations using the achieved SE result.

For eyes with a monofocal IOL implanted and not having LRIs, the SE predicted by the intraoperative aberrometry IOL power calculation was compelling because it was on par with the traditional methods of picking IOLs and had accuracy approaching the theoretical limit, he said.

"I was surprised at how tight the readings were with the intraoperative aberrometry and very impressed considering that because IOLs are available in 0.5-D power steps, the theoretical limit for accurate determination of IOL power is about ±0.37 D," Dr. Wiley said.

The study also is including smaller subgroups of eyes undergoing toric IOL implantation or LRIs to correct pre-existing astigmatism. Results so far show that the aphakic measurements in these eyes are effective in optimizing astigmatic correction on the table because residual cylinder in both groups has shown improved results when compared with reported studies with similar techniques.

"These data indicate the benefits of real-time measurements with this intraoperative wavefront aberrometer for accurately positioning the toric lens on axis," he said. "Existing data from studies where surgeons rely on conventional reference marks for toric IOL alignment show the average residual cylinder is more in the range of 0.6 to 0.7 D. The outcomes being achieved in the LRI cases in the aphakic measurement study also are on par with or surpass those reported previously."

Analysis of the performance of the intraoperative wavefront aberrometer in guiding IOL power selection for postrefractive surgery eyes also shows encouraging results. Currently the sample size is small for this category of eyes. So far, however, data from these eyes show the predicted IOL power is more accurate than the current methods of IOL power selection in postrefractive surgery eyes, according to Dr. Wiley.

"I have been using the commercial version of ORange generation II over the past few weeks, and have used it for picking IOLs in postrefractive surgery eyes," he concluded. "Based on early results, it appears the method is accurate to within about 0.5 D of the intended target."