Los Angeles-The accuracy of new technology for IOL power calculations in post-laser vision correction eyes undergoing cataract surgery was not statistically significantly different than that of established methods, according to a retrospective review.

There was a trend, however, toward better results when the patient’s history of laser vision treatment was known and the existing Masket Regression Formula could be used.

Although the findings reveal that there is no clear winner, all tested methods did well, with approximately 50% of eyes within ±0.25 D and 70% of eyes within ±0.50 D of target, said Samuel Masket, MD, private practice in Los Angeles and clinical professor, Jules Stein Eye Institute, University of California, Los Angeles.

Dr. Masket evaluated two established methods in 38 eyes of 29 patients: Haigis-L (used when no history of laser vision correction was available) and the Masket Regression Formula (used when the history was known).

History of laser vision correction was available for 21 of 38 eyes, and the Masket Formula was applied in those cases.

The Haigis-L formula, the ORA System, and FD-OCT were used for all 38.

Twenty-eight eyes were myopic and 10 were hyperopic (-6.0 D to +4.21 D). All cataract surgeries were standardized and uncomplicated, with 2.2-mm temporal coaxial microphacoemulsification incision, and an Alcon SN series IOL in all eyes.

At 2 to 4 weeks, a technician independent of the investigation performed manifest refraction to determine the optical outcome. Data was then analyzed independently to eliminate surgeon bias.

The results showed that the mean absolute error was 0.37 with both the Haigis-L formula and the ORA System, 0.41 with the Optovue, and 0.31 with the Masket Formula.

The analysis also involved calculating the percentage of eyes within 0.25 D, 0.50 D, 0.75 D, and 1 D from the predicted outcome by technology or method.

“We are getting a lot better at that today,” Dr. Masket continued. “In the current literature, I’d say that about 80% of routine eyes should be within 0.50 D of the desired outcome.”

He also said that the study indicates the newer technologies are additive.

“That is, the results are within statistical separation of the existing technologies, but they weren’t better,” Dr. Masket said. “While these new technologies do bring a new way of looking at the eye, they still rely upon some aspects of existing formulae to determine the final lens power.”

FD-OCT IOL calculation, for example, requires input data from the IOLMaster (Carl Zeiss Meditec), and intraoperative aberrometry uses a modified version of the Vergence Formula as well as a proprietary algorithm, he said.

Dr. Masket recommended that physicians use as many of these tools for calculating IOL power as are available to them.

“Knowledge is power,” he said. “The more information we have, the more accurate we’re likely to be.”

If results from multiple technologies or formulae are confirmatory, the results are more likely to be reliable, and an occasional outlier can be discarded or reviewed.

Dr. Masket predicted that improvements in technology that contribute to more accurate IOL power calculations will be particularly valuable in managing patients who have high expectations for cataract surgery, but whose prior laser correction surgery currently may lessen predictability. 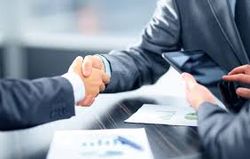