Indulging the art of writing while practicing ophthalmology

An angle-supported phakic lens had a minimal effect on corneal endothelial cell health in patients followed up to 4 years after implantation.

Today, he has found a way to do both "jobs," keeping them as separate as possible. Dr. Lakra divides his time each week as a general ophthalmologist in practice in his hometown of Calgary, Alberta, and on the remaining days, he writes.

"I am lucky that ophthalmology enables me to indulge my passion for writing," he said.

"I don't want to be a dabbler," he said, adding that he takes courses and learns the craft from mentors, working on a variety of writing projects from songs to screenplays to nonfiction. He has "fantasies" for his writing career, not goals.

One of his current projects is a screenplay called "Voices." It is a supernatural thriller. A producer has optioned it and Telefilm Canada provided rewrite money and development funding.

"Trying to get financing for a screenplay is not an easy road," Dr. Lakra said. "So, I continue to consult with a story editor in Los Angles, the producer, and work to make it better. It's tough!" 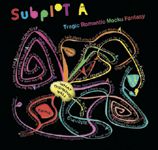 Although Dr. Lakra plays the keyboards, he does not claim to be a musician.

"Music is one more way to tell whatever story I am writing about," he said.

"We are trying to get tracks out to traditional media and radio in Canada," Dr. Lakra said. "We will use Internet-based promotional tools and social media to promote the album, too."

Interesting past projects from Dr. Lakra include a "research project" called the Clutch Factor, where he examined the quality of hockey goals, and a funny tribute video to Calgary Flames hockey player Jarome Iginla.

A link to his ophthalmology career, his theatrical play called "Blind Spot" was workshopped at the Alberta Playwrights' Network and included a protagonist with retinitis pigmentosa whose point of view constricted through the course of the play.

"The cast also included a crazy ophthalmologist," he said. This topic was a departure for Dr. Lakra, who usually keeps medicine out of his writing. Creative inspiration for Dr. Lakra comes from many sources, including old friends and out-of-the-ordinary experiences.

"I love diversity, but everything now is filtered through the lens of parenthood," he said. Future projects may include a book for children featuring things no one else will tell them and a humor/parenting book.

Dr. Lakra seems content with the current balance of medicine, writing, parenthood, and humor in his life, though the list of ideas for writing projects is continually expanding. His advice for incorporating multiple passions into one's life is simple: "The plot is written. Write your subplot."