How to manage aphakic correction in eyes without capsular support

The decision on IOL type and fixation method in eyes without adequate capsular support should take into account the specific clinical presentation.

The decision on IOL type and fixation method in eyes without adequate capsular support should take into account the specific clinical presentation.

Portland, OR-Surgeons have a host of viable options for aphakic correction in an eye without adequate capsular support. Though some approaches may be better than another in a given clinical scenario, no one technique stands out as superior overall, said Richard S. Hoffman, MD.

“In making your decision, my suggestion is to do what you are comfortable doing,” said Dr. Hoffman, clinical associate professor of ophthalmology, Oregon Health and Science University, Portland. “However, it is important to be familiar with all of the techniques, and never stop learning new approaches.”

In contrast to older-style, closed-loop AC IOLs that were associated with an array of serious complications, modern Kelman-style, open-loop AC lenses have a much better safety profile, Dr. Hoffman noted.

Use of AC IOLs is contraindicated in eyes with >90° of peripheral anterior synechiae, glaucoma (especially if intractable), a shallow AC, or insufficient iris tissue. Their presence can make certain endothelial keratoplasty procedures more difficult, but the transplant procedures can still be performed in the hands of experienced corneal surgeons.

When performing scleral fixation of a PC IOL, surgeons should use either 9-0 Prolene or 8-0 Goretex and avoid 10-0 Prolene, which can degrade and break, Dr. Hoffman said.

The sutures can be passed anywhere except at 9 and 3 o’clock, since the long posterior ciliary arteries and nerves lie at those locations.

Two-point fixation is a simpler technique than four-point fixation, but the latter is being increasingly adopted since it affords greater stability and reduces lens tilt.

“Bleeding risk is increased two-fold with the four-point fixation, but I don’t think this is a significant problem in the hands of most surgeons,” Dr. Hoffman said.

Regardless of whether a two- or four-point fixation technique is used, surgeons need to bury, cover, or drape the scleral knots to prevent conjunctival erosion and subsequent endophthalmitis. They can bury the knots in a scleral groove, rotate the knots into the eye, leave the suture ends long, use the zig-zag scleral pass technique, or cover the knot under a scleral flap or scleral pocket.

Dr. Hoffman said he prefers to iris suture a PC IOL to fixate a lens that is decentered, and he noted that some surgeons are using this technique for fixating a secondary IOL.

Naturally, this method is contraindicated in aniridic eyes and also in those with a large iris defect, iridoschisis, iris atrophy, or aniridia, he added. Intraoperative floppy iris syndrome and a history of vitrectomy represent relative contraindications.

Dr. Hoffman said he would also think twice about iris suturing a PC IOL in an active youth, since he has encountered suture tearing or slippage in that situation.

This newer technique in which the lens haptics are incarcerated into scleral tunnels was first described by Scharioth in 2007 and subsequently has been popularized by Amar Agarwal, MD. Dr. Agarwal published a study in 2013 reporting favorable outcomes in 208 eyes followed for an average of 16.7 months.

“Rates of intraoperative and postoperative complications and of re-operation were reasonably low,” Dr. Hoffman said. “However, longer follow-up is needed.

“Some patients are now more than 5 years out, but we need to keep in mind that it took 8 or more years before problems with degradation of 10-0 Prolene were identified,” he said. “Still, I am fairly confident that this technique will be shown to be efficacious with a very low rate of long-term complications.”

Dr. Hoffman mentioned that there is a learning curve for intrascleral haptic capture. However, surgeons who have become proficient with the technique state it is easier than scleral suturing a PC IOL.

Dr. Hoffman has no financial interests relevant to the subject matter. 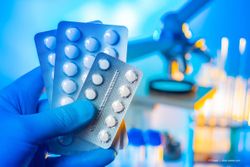