How the cornea contributes to IOL power calculation

Under the best of circumstances-meaning when cataract surgery is performed in an eye with a normal cornea by expert hands and with use of an advanced IOL power calculation formula-the achieved refractive outcome will be more than 0.5 D off target in 1 out of every 11 eyes.

Chicago-Under the best of circumstances-meaning when cataract surgery is performed in an eye with a normal cornea by expert hands and with use of an advanced IOL power calculation formula-the achieved refractive outcome will be more than 0.5 D off target in 1 out of every 11 eyes.

And in eyes with more complex corneas, cataract surgeons face a heightened challenge for achieving accuracy in their IOL power calculations.

“There is clearly much that needs to be done,” said Douglas D. Koch, MD, The Allen, Mosbacher, and Law Chair of Ophthalmology and Professor of Ophthalmology, Baylor College of Medicine, Houston, delivering the 73rd Jackson Memorial Lecture at AAO 2016.

In his talk, “Hiding in Plain Sight: The Enigmatic Cornea and IOL Calculations,” Dr. Koch used a case-based discussion to review how the cornea contributes to IOL power calculation errors, the progress that has been made toward overcoming the various problems, and areas of forthcoming advances for solving the challenges that remain.

Therefore, in listing requirements for reducing and managing corneal measurement errors, Dr. Koch identified the importance of having well-trained technicians to obtain the measurements and of ensuring that the cornea is as healthy as possible with an optimal tear film.

In addition, he emphasized the need for surgeons to be skeptical about the data they are given, critically evaluating its quality and looking for inter-device agreement using more than one instrument for measurement.

Several cases presented by Dr. Koch highlighted the importance of accounting for the effect of the posterior cornea on total corneal power.

While this is particularly critical when operating on eyes with atypical corneas-e.g., those with a history of corneal refractive surgery, keratoplasty, or ectasia, and when implanting toric IOLs-Dr. Koch noted there are potential outliers among eyes with normal corneas where failure to account for posterior corneal power can lead to significant IOL power calculation errors.

Although there are several technologies available for directly measuring the posterior cornea, a study conducted by Dr. Koch and colleagues found a lack of agreement comparing data obtained with two different instruments.

“Manufacturers of devices for measuring the posterior cornea are working hard and improvements are being made,” he said.

Addressing the difficulties of accurate IOL power calculations in postLASIK and postPRK eyes, Dr. Koch said one approach is to use regression formulas.

However, he noted the limitations in using these options and said he does not expect significant improvements to be forthcoming.

“What we need is to be able to measure the anterior and posterior cornea so accurately that the problem is solved,” he said.

“That is a step in the right direction, but we still have a lot to do to understand the keratoconic cornea and maximize the IOL power calculations in these eyes.”

Eyes that have undergone keratoplasty are also challenging, particularly those with a full-thickness graft and eyes with a history of Descemet’s stripping automated endothelial keratoplasty (DSAEK).

Dr. Koch suggested that IOL power selection may be more accurate after Descemet’s membrane endothelial keratoplasty because that procedure causes less extensive posterior cornea changes than DSAEK, but only time will tell.

A final case highlighted the importance of factoring in the influence of posterior corneal astigmatism when calculating IOL power for a toric implant.

“But this will change as the measurement technologies are getting better, and we need them to do so,” Dr. Koch said. “The problem with regression approaches is there is variation in even so-called normal corneas, and the wheel comes off with the complex corneas where the anterior curvature no longer gives clues to the posterior curvature.”

Aside from advances that will lead to more predictably accurate measurement of the anterior and posterior corneal surfaces in all eyes, Dr. Koch said he sees a role of intraoperative aberrometry for improving refractive outcomes in cataract surgery. 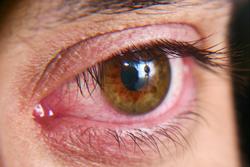 Aramis Biosciences announces FDA clearance of IND application for A197