Graft failure: Techniques for best outcomes the second time around

When a graft fails, surgeons have three factors to consider: the reason for the graft failure, the chances of success with a second surgery, and what has to be done differently to ensure the success of a new graft, said Francis Price Jr., MD.

Indianapolis-When a graft fails, surgeons have three factors to consider: the reason for the graft failure, the chances of success with a second surgery, and what has to be done differently to ensure the success of a new graft, said Francis Price Jr., MD.

However, surgeons must be aware that the presence of a glaucoma tube or shunt can dramatically reduce the graft survival rates in these eyes, he noted.

Dr. Price emphasized the importance of ruling out environmental causes of graft failure. These include lack of follow-up, not instilling the appropriate medications, eye rubbing or squeezing in patients who underwent endothelial keratoplasty, and the absence of an essential blepharospasm.

Another possible environmental cause of graft failure is patient use of drugs for memory improvement or Alzheimer’s disease. Memantine, (Namenda, Actavis) can lead to repeated graft failures, he noted, because the drugs seem to affect endothelial cells and cause primary failures in virgin corneas and in those that underwent repeated grafts until the medicines are stopped.

When treating a failed graft, Dr. Price believes that less is more-that is, the least invasive approach is best. These approaches in ascending order of complexity are DMEK, DSEK, PK, and the Boston KPro.

“Typically, the least invasive way will also provide the best outcomes,” he said.

“There are four scourges associated with PK,” Dr. Price said. “DSEK eliminates the ocular surface disease problems and structural deficiencies, and DMEK has greatly diminished the risk of immunologic graft rejection and glaucoma that are associated with PKs.”

PKs are associated with an 18% failure rate because of ocular surface disease.

“When choosing PK, DSEK, or DMEK to graft an eye that has failed, a consideration is that when redoing a PK, the surgeon is faced with a neurotropic cornea with sutures and the accompanying risks for ocular surface disease that are not present with endothelial keratoplasties,” Dr. Price explained.

In support of DMEK, he recounted that in more than 2,000 cases the rejection rate was less than 1% if the patients continued to take topical steroids; when the steroids are stopped, the rejection rate increased to about 6% at one year postoperatively.

In patients with an ExPRESS filtration device (Alcon Surgical) or a trabeculectomy, the protein content in the anterior chamber increases five-fold. If they have an Ahmed glaucoma valve (New World Medical Inc.) or Baerveldt glaucoma implant (Abbott Medical Optics), it increases 10-fold.

“We don’t know if this happens because of the particular proteins or just the fact that there is a lot of pollution in the anterior chamber that the endothelial cells are reacting to,” Dr. Price said. “We think this explains why more grafts fail in eyes with filters,”

In patients with a failed PK, Dr. Price advised that timing is important. Surgeons should not let the PKs go untreated for extended periods until they become edematous and hazy. If a DSEK or DMEK is performed, it may take a year for the cornea to clear. With grafts that fail later, he advised prompt regrafting within one to two months to prevent anterior stromal changes that might impair the visual recovery.

“We found that when we repeat a primary failed DMEK graft at one or two months after surgery, the visual results are the same as in the primary cases that did not fail,” he said.

He also pointed out the contribution of intraocular optical coherence tomography in patients with thick cloudy corneas. The images allow surgeons to check the proper graft orientation in edematous eyes.

Dr. Price summarized his key points, the first of which is that the presence of glaucoma tubes is going to result in numerous regrafts. Trabeculectomies should be performed before tubes are implanted.

“We put tubes in when we have to, but they should not be considered the first line of defense, because of the substantial corneal decompensation that occurs over time,” he advised. 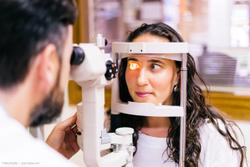 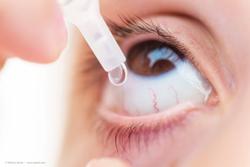