The mandatory implementation of electronic health records looms in 2014 for health-care professionals and hospital providers.

"We've all heard about EHRs and how we will have to implement them going forward," said Dr. Goel, in private practice with Lasik Plus Vision Center, Towson, MD, and immediate past-president of the Maryland Society of Eye Physicians and Surgeons.

The American Recovery and Reinvestment Act (ARRA) of 2009 authorized the Centers for Medicare and Medicaid Services (CMS) to provide reimbursement incentive to eligible professionals and hospitals who become meaningful users of certified EHR technologies, according to Dr. Goel.

About $9 billion has been appropriated for this initiative, and incentive payments begin in 2011 and gradually will decrease after 2012. Starting in 2015, there will be financial penalties for failure to adopt EHR technology, he cautioned.

"If you do not adopt these technologies, you will have to start to pay some penalties," Dr. Goel said. "For example, if you are not e-prescribing by 2012, you will face a 1% reduction in Medicare Part B reimbursements. This will increase to 2% by the year 2014."

This year and 2012 are the only 2 years in which physicians are eligible for the maximum $44,000 reimbursement over 5 years for each physician in their practices if they implement and become a meaningful user of EHR.

TearLab names Adam Szaronos president and CEO, and Jim Mazzo executive chairman of the Board 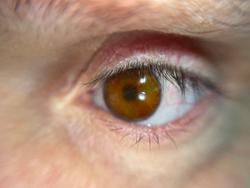