This article was reviewed by Albert J. Augustin, MD

A retrospective study including patients with at least 12 months of follow-up care shows that the intravitreal dexamethasone 0.7-mg implant (Ozurdex, Allergan, an AbbVie company) provides safe and durably effective treatment for diabetic macular edema (DME) across the spectrum of patients who are seen by physicians in routine clinical practice.

Although the research found that treatment-naïve patients generally had greater benefit than those with a history of anti-VEGF treatment, it also showed that eyes with long-standing chronic DME responded to the intravitreal sustained-release steroid treatment.

In addition, the analyses showed that effectiveness was not related to reinjection interval.

“Although evidence from clinical trials shows the safety and efficacy of the dexamethasone implant for treating DME, it is important to collect data from real-world settings,” said Albert J. Augustin, MD, professor and chairman of the Department of Ophthalmology, Klinikum Karlsruhe, Karlsruhe, Germany, and lead author of the study.

The results
Augustin noted that the results of the study are consistent with prior studies and support the utility of the intravitreal dexamethasone implant as a treatment for DME in routine practice.

“However, the results are preliminary and further, larger-scale studies are warranted,” he pointed out.

Eligible patients had DME-related visual impairment and at least 12 months of follow-up after the first implant injection.

Related: What an intravitreal integrin antagonist may bring to DME

For each patient, data from a single eye was analyzed—either the eye that received the most injections or one chosen by the investigator if injection number was the same for both eyes.

Baseline data
The baseline data showed that compared with the Swiss cohort, patients from Germany had a longer history of DME (106 vs 31 months) and included a greater percentage of anti-VEGF treatment-naïve patients (40.7% vs 3.0%).

In addition, considering the subgroup of patients who had received anti-VEGF injections, the mean number of injections was 2-fold higher in the German cohort compared with the Swiss patients (63 vs 31).

At baseline, the mean best corrected visual acuity (BCVA) for the study eyes was 61.6 letters and mean central retinal thickness (CRT) was 413.3 μm.

According to investigators, changes from baseline to 7 to 12 weeks post injection for both BCVA and CRT were analyzed as efficacy end points.

Across the entire cohort, the mean number of reinjections was 3 (range, 1-11) and they were given at a mean interval of 5.7 months (median, 4.6 months).

Augustin explained that it is well known that CRT does not necessarily correspond with visual acuity.

“In some patients, an increase in visual acuity follows the CRT improvement,” Augustin pointed out. “However, in other patients, it is necessary to evaluate the retinal structure in more detail to understand the phenomenon.”

Augustin noted that this is why investigators have to look at other optical coherence tomography (OCT) results, such as retinal structure, external limiting membrane, ellipsoid zone, etc.

“EURETINA [the European Society of Retina Specialists] has published a guideline focusing on such OCT results that helps us to better predict the result of intravitreal treatments in patients with DME,” he added.

Treatment-naïve vs previously treated
Patients receiving the intravitreal dexamethasone implant as their first treatment for DME had worse BCVA at baseline than their previously treated counterparts (mean, 57.8 vs. 63.4 letters) and “more” DME (mean CRT, 439.1 vs 400.6 μm).

Compared with the patients who had a history of anti-VEGF treatment, the treatment-naïve patients had greater functional improvement, but less change in CRT.

The Spearman correlation coefficient showed there was no statistically significant correlation between reinjection interval and either change from baseline in BCVA or CRT for the overall population or in analyses performed for each country individually, Augustin reported.

Moreover, he noted that treatment with the dexamethasone implant had a favorable safety profile in patients.

Only 18% of patients experienced at least 1 adverse event, with ocular hypertension being the most common. There was no increase in number of adverse events with increasing number of injections.

Albert J. Augustin, MD
e:albertjaugustin@googlemail.com
This article is based on Augustin’s presentation at the EURETINA 2020 virtual meeting. Augustin has received research support and consulting/advisory fees from Allergan and other companies that market products used for the treatment of DME. 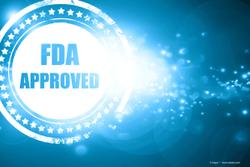