Device for advanced excisional goniotomy now commercially available in US

New World Medical relied on feedback from surgeons in the development of the device, which was registered with the FDA in October.

New World Medical has announced its KDB Glide device for advanced excisional goniotomy treatment of glaucoma is now available to ophthalmic surgeons across the United States.

The device was registered with the FDA in October, according to the company.

Raymond Kong, chief commercial officer at New World Medical, noted that the company’s Kahook Dual Blade made goniotomy markedly easier, and feedback from surgeons who use it every day has guided the development of this smooth, elegant and precise next-generation device.

“Surgeons appreciate the enhanced experience, but glaucoma patients are the ultimate recipients of KDB Glide’s improvements that allow their surgeons better options for treating their condition,” he said in a statement.

Excisional goniotomy is a long-established procedure in which a segment of the diseased trabecular meshwork is removed, which facilitates the flow of aqueous into collector channels of the eye, thus alleviating intraocular pressure. Because goniotomy is appropriate for mild, moderate and severe glaucoma, as a stand-alone procedure or in combination with cataract surgery, more than 4.5 million glaucoma1 patients in the US alone are suitable candidates, according to the company.

The company noted that new features in the KDB Glide device include a rounded heel, tapered sides, and smaller footplate to deliver interface with the canal of Schlemm, permitting precise excision with the instrument's proprietary dual blades, even in variable anatomy.

“The advantage of the Kahook Dual Blade always has been that it treats pathways of resistance as it smoothly cleaves two areas of the trabecular meshwork, creating a clean strip that minimizes fibrosis and closure over time,” said Nathan Radcliffe, MD, New York Eye and Ear Infirmary of Mount Sinai, New York, in a statement. “The KDB GLIDE's foot plate is designed to fit into the canal of Schlemm, so it can move even more easily through the canal without causing damage, for a graceful and uncomplicated procedure.”

Blake Williamson, MD, of the Williamson Eye Center in Baton Rouge, La., added, that studies have shown that the Schlemm canal undergoes morphological changes as people age, including narrowing.2

“I am excited to use the device because its tapered sides and smaller footplate will enable us to smoothly move the device through the canal and remove tissue cleanly, even in cases where the anatomy is narrow or irregular,” he said in a statement. 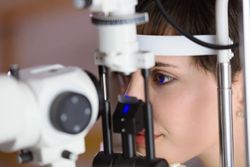 Assessing the angle: Getting back to basics

Developing a new therapy: Where do we go from here?