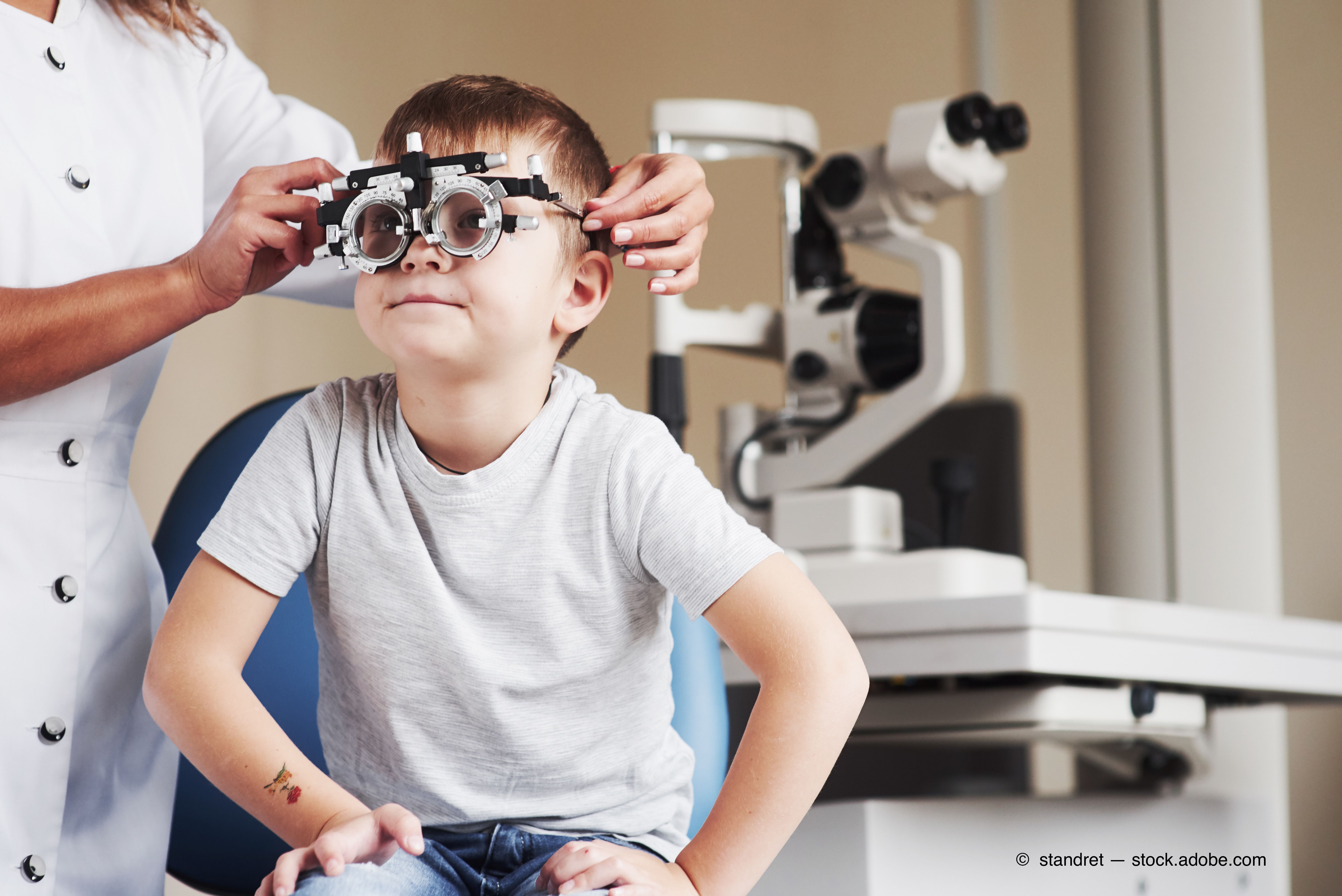 This article was reviewed by Ken K. Nischal, MD

Findings from studies investigating the efficacy and safety of corneal collagen crosslinking (CXL) for keratoconus in pediatric-age patients and developmentally delayed adults and the consequences of leaving their ocular disease untreated provide a solid base of evidence for offering CXL to these populations, according to Ken K. Nischal, MD.

“In the United States, CXL is only approved for the treatment of progressive keratoconus in patients from 14 to 65 years of age, and so it may not be offered to younger children even if indicated,” said Dr. Nischal, professor of ophthalmology and chief, Division of Pediatric Ophthalmology and Strabismus, University of Pittsburgh Medical Center, Pittsburgh, PA.

Keratoconous is not uncommon, with incidence rates reported up to 265 per 100,000 patients.

Unfortunately, disease onset tends to be in early adolescence, and these younger patients are at risk for rapid progression and a lifelong visual disability.

Dr. Nischal said his take on the issue is that technology should be for those who cannot advocate for themselves or who are the most vulnerable.

“Those individuals are the children and developmentally delayed adults,” he said, “In fact, there is mounting evidence that CXL should be offered to children at presentation rather than waiting for progression.”

Aggressive natural history
Several published studies demonstrate that keratoconus progresses at a rate that is much faster in children than in adults and that CXL arrests disease progression in pediatric patients, said Dr. Nischal.

Discussing some of these papers, he cited a study by Chatzis and Hafezi that reported a progression rate of 88% after one year of follow-up in a series of 59 eyes of 42 children awaiting CXL for keratoconus.1

Another study by Leon-Mesplie et al. showed that children who did not have CXL for keratoconus had a sevenfold increased risk of requiring a keratoplasty compared to adults.2

“If you do not want to do CXL in a child, you certainly do not want to have to perform penetrating keratoplasty considering the extra problems that it brings in terms of operative and postoperative issues,” Dr. Nischal said.

Other papers in the peer-reviewed literature show the safety and benefit of CXL for keratoconus in pediatric patients. In what is the largest published study to date, Padmanabhan et al. analyzed data from 194 eyes of 153 children ages 8 to 18 years old that underwent CXL for documented progressive keratoconus.3

Of the 194 eyes, 142 had CXL using the standard Dresden protocol and 52 were treated using hypoosmolar riboflavin.

“Interestingly, however, the flattening did not correlate with significant changes in vision or corneal pachymetry,” Dr. Nischal said.

Findings from a study by Mazzotta et al. suggest that regression after CXL may be more likely in patients with severe allergy who are eye rubbers.4 These investigators reported outcomes for 62 eyes of 47 patients ages 8 to 18 years who underwent CXL and represents the report with the longest post CXL follow-up for a pediatric population.

Related: Traversing the CXL pathway: Where do we go from here?

The outcomes were stable at 10 years in 80% of eyes. A 2 D increase in mean keratometry occurred in four eyes of two patients who had severe ocular allergy and were eye rubbers, but stability was achieved after repeat CXL. No other patients in the series needed a repeat treatment because of CXL failure.

Two papers have reported on performing CXL for keratoconus in developmentally delayed patients.5,6

Dr. Nischal noted that the patients, who often have Down syndrome, already have challenges.

“Not performing CXL and therefore leaving them to possibly develop hydrops from progressive corneal thinning and lose vision makes their lives and the lives of their families much worse,” he said.

Barriers and solutions
Reluctance to perform CXL in children and developmentally delayed adults may be partly due to concern that they will not remain still during a procedure performed using local anesthesia. In addition, children and developmentally delayed adults may not comply with instructions to avoid eye rubbing that not only increases the risk of regression over time but also the chance for infection following the procedure.

To overcome these problems, Dr. Nischal said that he performs CXL in most pediatric patients and developmentally delayed adults under general anesthesia with a regimen that will result in complete paralysis.

“If there is not complete paralysis, the eye may roll up during the UV light application, leaving me grabbing for forceps to try to hold the eye in place,” he said.

An OCT scan prior to the soak allows for baseline evaluation and after the soak there is a visible change in reflectivity on the OCT. The OCT is also used after UV exposure.

“If I see a clear interface after the UV light application, I know I am going to get a good result, but I do not yet have enough follow-up to know what the outcome is in cases where I cannot see the interface,” he said.

To protect the eye in the early post-treatment period while the epithelial defect is healing, he usually places a temporary central tarsorrhaphy for two days and prescribes topical moxifloxacin six times daily to be applied at the medial canthus.

“So far, we have not had any cases of infection, and the children seem comfortable with the tarsorrhaphy in place,” Dr. Nischal said.

Patients who had CXL elsewhere with placement of a bandage contact lens reported much less pain and discomfort with their second eye procedure using tarsorrhaphy.

One case involved a developmentally delayed patient whose parents were very frightened about the child tolerating the second eye procedure.

“The parents reported that with the lids sutured shut, the child did not touch the eye and was very relaxed,” Dr. Nischal said.

Dr. Nischal is aggressive with treatment for allergic conjunctivitis-related inflammation both pre- and post CXL as a strategy to mitigate eye rubbing. Patients are also referred for behavioral therapy to reduce eye rubbing.

Topical anesthesia with post-CXL placement of a bandage contact lens was used in two eyes of healthy teenagers aged 15 years.

Ken K. Nischal, MD, MBBS, FRCOphth
E: nischalkk@upmc.edu
This article is based on a presentation given by Dr. Nischal at the American Academy of Ophthalmology's 2019 annual meeting. He has written an editorial on this topic (Reference #7). Dr. Nischal receives honorarium from Carl Zeiss Meditec, but has no other relevant financial interests to report.