Optimal planning for correction of pre-existing corneal astigmatism at the time of cataract surgery should take into account an age-related, against-the-rule (ATR) shift.

Fukuoka, Japan-Optimal planning for correction of pre-existing corneal astigmatism at the time of cataract surgery should take into account an age-related, against-the-rule (ATR) shift.

Now, results from a retrospective study conducted by Ken Hayashi, MD, and colleagues shows that the magnitude of the shift is similar regardless of patient age at the time of surgery and compared with eyes that do not undergo cataract surgery [Hayashi K, et al. Am J Ophthalmol.  2015;160(1):171-178]

“Based on these findings, surgeons can determine what amount of with-the-rule (WTR) astigmatism should remain or be induced at the time of cataract surgery for each patient,” said Dr. Hayashi, director, Hayashi Eye Hospital, Fukuoka, Japan, “based on his or her age using the astigmatism-correcting method, including the toric IOL, steepest meridian incision, or limbal-relaxing incision.”

In previous work, Dr. Hayashi and colleagues showed that corneal astigmatism alters from WTR astigmatism to ATR astigmatism at 60 years of age, whether or not there has been cataract surgery [Hayashi K, et al. Am J Ophthalmol. 2011;151(5):858-865].

Analyzing data from 153 eyes that underwent phacoemulsification, they found that corneal astigmatism showed an ATR shift of about 0.35 D within 10 years after stabilization of the surgically induced astigmatism (SIA) due to small-incision horizontal cataract surgery. A similar, long-term change in corneal astigmatism occurred in a group of 153 age-matched, nonsurgical control eyes.

The present study analyzed data from 437 eyes of 437 patients that had at least 11 years of follow-up after phacoemulsification, with a 4.1-mm sutureless, horizontal scleral incision, and a control group of 600 unoperated eyes. Eyes in both groups were stratified by patient age into 4 subgroups: ≤60 years, 61-65 years, 66-70 years, and ≥71 years.

Corneal astigmatism was measured at baseline and 5 and 10 years later with an autokeratometer. The baseline value for the surgery group was a postoperative measurement taken from the second of 2 examinations performed at least 1 year after surgery, indicating stabilization of SIA defined as a difference between examinations of ≤0.5 D for cylindrical power and within ±15 degrees for cylindrical axis.

Change in corneal astigmatism with age during 10 years (baseline to 10 years) was calculated by x-y coordinate analysis in which the x- and y-coordinate values represent vertical/horizontal (90 and 180 degrees) change and oblique (45 and 135 degrees) change, respectively. Comparisons were performed among the age groups and between the surgical cohort and the control eyes for corneal astigmatic change during 10 years.

Courtesy of Ken Hayashi, MDOver the 10 years of follow-up and regardless of surgery, corneal astigmatism showed an ATR change of about 0.25 D to 0.35 D in all age groups. Multivariate analysis of variance showed that the mean x- and y-coordinates did not differ significantly among the age groups in either the surgical cohort or the control group.

Furthermore, when comparisons were made for individual age strata, the mean X- and Y-coordinates did not differ significantly between the surgical cohort and control group. Analyses, looking at the relationship between age and corneal astigmatic change, found no significant correlation between age and the x- and y-coordinates among either the surgical eyes or the controls.

This article was adapted from a presentation that Dr. Hayashi delivered at the 2016 American Society of Cataract and Refractive Surgery. Dr. Hayashi reportedly has no financial interests to disclose in any material described in the study. 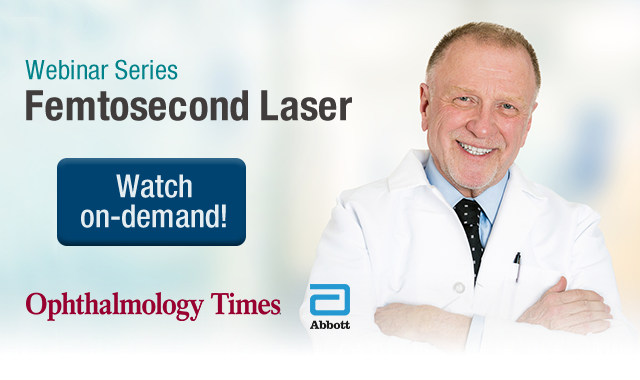