Ceeable aims to be the next gold standard in visual fields

Sponsored: Join us in San Francisco for dinner and DME discusson in August!

The technology uses a cloud-based system, accessible on a tablet, to detect visual field changes and monitor the progression of eye diseases, such as age-related macular degeneration (AMD), glaucoma, and diabetic macular edema.The exam takes about 5 minutes per eye and involves patients using their index finger to trace grid patterns with various contrast levels. Rather than two-dimensional results, the digital exam allows physicians to see a volumetric change of the disease.

The goal of the mobile digital technology is to increase patient access to the exam while decreasing the costs associated with it, said Chris Adams, chief executive officer of Ceeable.

Dr. MatossianWhen patients undergo a traditional visual field, the patient is placed in a small, dark room for the exam that can take up to 15 minutes to complete per eye. Typical machinery for the exam has high costs and requires a dedicated room since it is “big, clunky, and not portable,” said Cynthia Matossian, MD, of Matossian Eye Associates, greater Philadelphia area, and medical advisor for Ceeable. The traditional visual field test also required a trained technician to be with the patient throughout the test.

The Ceeable technology, however, is mobile, meaning patients can be screened in any location where there is Internet service and do not need to have the exam in a pitch black “torture room” as Dr. Matossian referred to it.

Adams is hopeful that the technology can replace the current gold standard, the Humphrey Field Analyzer (Carl Zeiss Meditech), since it can detect effected visual fields earlier while being a fraction of the cost. The technology can also track the progression of AMD before it converts to the “wet” form, as well as identify early-onset glaucoma.

The mobile technology also addresses the timing issue that can cause false positive results with the traditional visual field machine, Dr. Matossian said. With Ceeable’s technology, there is no time constraint and the user can take his or her time in tracing the grid patterns.

Ceeable also has the same standard visual field code for insurance billing as current exams, meaning the patient has no extra out-of-pocket costs and the practice gets paid the established rate for a visual field.

There is an annual fee for physicians, which is the same regardless of how many visual field tests are perfomed. It is ordered just as any other test and the ophthalmologist interprets the results.

Adams and Dr. Matossian are also confident that the cloud-based technology can have big data implications for tracking and predicting diseases among populations.

“Once it gets into the hands of ophthalmologists, in real-life eye clinics, oftentimes the uses of the product expands,” said Dr. Matossian.

Courtesy of CeeableWhile it is not common for optometrists and other physicians to have the resources to purchase traditional field analyzer equipment, Adams said the mobile technology may be useful in the future for patients to use while they are seeing their primary physician or optometrist. The physician would then refer the patient to an ophthalmologist for further interpretation and exams if a defect was detected.

Whether it is an optometrist, primary-care physician, or an ophthalmologist ordering the test, the focus is for the patient to have an exam, Dr. Matossian said.

“If we put the patients first, the sooner the eye disease is detected, the better,” she said.

Adams echoed the same sentiment, adding that everyone who is diabetic should have a visual field exam, regardless of what kind of physician is actually administering the test.

Jeff Blackman, MBA, Vice President, Portfolio Management, American Medical Association (left), Cynthia Matossian, MD (center), with Chris Adams, Ceeable CEO (right) at the AMA awards ceremony. Courtesy of Cynthia Matossian, MD “This type of technology represents a helpful tool in eye disease prevention, which seems to be where an increased amount of resources is now being directed by our healthcare system-and rightfully so!” said Joshua Mali, MD, The Eye Associates, Sarasota, FL. While Dr. Mali is a proponent of a similar technology (ForeseeHome, Notal Vision), he sees the benefit that the increased number of mobile exam options is to the overall well-being of patients.

“Prevention and early detection are key to combat eye diseases, such as macular degeneration and glaucoma,” he said. “I'm happy we have more tools at our disposal to accomplish this goal. This seems to be in line with the new trend of telemedicine, which, hopefully, will provide a valuable adjunct to our current standard of care.”

Blog: 5 reasons why physicians still have the best profession

For its third place award out of 116 entries, Ceeable won $10,000 which Adams said will go toward completing user interface work and aid in the transition to the commercial market. While the technology is available now, Adams hopes it will be more common across the United States by late 2016. 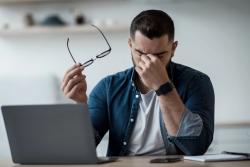 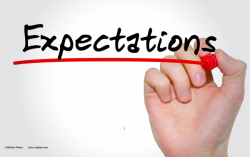 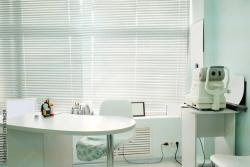