The conjunctival allergen challenge model is highly reproducible and has a highly standardized grading system.

Dorado Beach, Puerto Rico-Allergic conjunctivitis can be studied using a few different models. Peter D'Arienzo, MD, described them and compared some of the antiallergy medications that are presently available.

The environmental model, used primarily in Europe, requires that patients maintain a diary to record the frequency and severity of allergy symptoms. This model is extremely variable due to changes in pollen counts and carries a high placebo effect, which is why it has limited use in the United States.

When olopatadine 0.1% was compared with ketotifen 0.025% by Greg Berdy, MD, and colleagues (Berdy et al. Clinical Therapeutics 2000;22:826-833) in an Alcon-sponsored study that included 32 patients, those who received olopatadine achieved greater relief from itching at all time points (3, 5, and 10 minutes) than did those who received ketotifen. The CAC model was used to compare the two drugs.

"A patient-reported problem with ketotifen is that it burns upon instillation. In the portion of the study that measured patient comfort, olopatadine also was superior to ketotifen," Dr. D'Arienzo said. 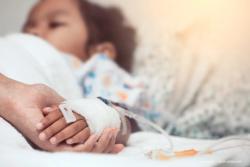