Bevacizumab monotherapy shows potential for some patients with ROP

Bevacizumab (Avastin, Genentech) monotherapy for zone I retinopathy of prematurity (ROP) might have potential for treating pre-term infants who are in phase II of the pathogenesis of ROP.

Houston-Bevacizumab (Avastin, Genentech) monotherapy for zone I retinopathy of prematurity (ROP) might have potential for treating pre-term infants who are in phase II of the pathogenesis of ROP.

The timing of treatment is critical because vascular endothelial growth factor (VEGF) is necessary for proper retinal development. The results indicated that there were significantly fewer patients with zone I ROP who had recurrences after treatment with bevacizumab monotherapy compared with conventional laser therapy.

Helen A. Mintz-Hittner, MD, discussed the off-label use of bevacizumab monotherapy for vision-threatening ROP (zone I disease); these ROP patients have the worst clinical outcomes.

“Parents and/or guardians must provide written consent before treatment of these children with bevacizumab,” she said.

She also underscored the importance of careful record keeping.

“The medical records must reflect that the use of [bevacizumab] to treat ROP is not FDA approved,” Dr. Mintz-Hittner said.

She advised physicians to keep a patient log with the pharmacy source and lot numbers recorded by trained personnel who are administering bevacizumab according to a protocol utilizing sterile technique.

“This is not a treatment that should be undertaken lightly,” she said.

The timing of bevacizumab therapy in children with ROP is critical.

“This is not a prophylactic drug. If given too early before phase II of pathogenesis (i.e., before 31 weeks postmenstrual age) bevacizumab will stop the normal retinal development and result in severe retinal dystrophy,” Dr. Mintz-Hittner said. “Conversely, if given too late after phase II of pathogenesis (i.e., after 45 weeks postmenstrual age) bevacizumab can cause severe, rapid contraction of the membranes and accelerated retinal detachment. Surgeons must be prepared to perform a lens-sparing vitrectomy if the drug is given to patients with very late stage ROP.”

The optimal timing seems to be between >31 and <45 weeks gestational age.

Basic science, as seen in a rat model studied by Hartnett and colleagues, supports what is seen clinically. The perfect time of administration of bevacizumab is when the patient is in phase II of the pathogenesis of ROP.

A caveat about the time of dosing is that the efficacy is likely dose-related.

The results of the Bevacizumab Eliminates the Angiogenic Threat of Retinopathy of Prematurity (BEAT-ROP) study were published in the New England Journal of Medicine (2011;364:603-615). The study was a prospective, controlled, randomized, stratified multi-center trial for vision-threatening ROP that compared the effects of intravitreal bevacizumab monotherapy for ROP with the effects of conventional laser therapy. Patients were enrolled who had either zone I or posterior zone II ROP, which is two or three times the distance from the center of the disc to the center of the macula on the temporal side, respectively. The study was conducted at 15 centers; 150 patients were enrolled and 143 survived to age 54 weeks postmenstrual age. Of these, patients with zone I ROP were treated either with bevacizumab (n = 31) or laser (n = 33); patients with zone II disease also were treated with bevacizumab (n = 39) or laser (n = 40).

During the study, the infants were randomly assigned to a mean of 0.625 bevacizumab injections bilaterally or to laser therapy. The retinas were photographed before treatment and then post-treatment at 1 week and 1, 6, and 12 months.

“The primary outcome was recurrence of ROP in one or both eyes of a patient that was recognized and required re-treatment before 54 weeks postmenstrual age,” Dr. Mintz-Hittner said. “The Data and Safety Monitoring Board changed the study protocol after the start of the study that made recurrence a three-variable outcome, rather than a two-variable outcome, such that 0 represented no recurrence, 1 = recurrence in one eye, and 2 = recurrence in both eyes. The institutional review board insisted that the primary ocular outcome be recurrence rather than retinal detachment.”

“The treatment does work in very small babies with severe zone I ROP,” she said. “I think this treatment is worth considering.”

Seven patients died during the course of the study. Three patients treated with bevacizumab died of causes that were not related to bevacizumab treatment; one of these patients had a do not resuscitate order and 2 days after treatment the monitor removed the child from the ventilator; two other patients returned home to be treated with oxygen, and the parents discontinued the oxygen therapy, which resulted in the children’s deaths. Four other children, two assigned to laser therapy and two assigned to bevacizumab therapy, died during the study; one patient treated with laser developed sepsis and three patients died of respiratory failure.

Based on the BEAT-ROP Study, Dr. Mintz-Hittner made the following additional observations: 1) ROP recurs later after bevacizumab monotherapy compared with laser therapy. This is dose-dependent, however; with a lower dose the recurrences will be earlier and more frequent; 2) the return of plus disease is the first sign of a recurrence; 3) neovascularization occurs from two sites, first, from the advancing edge and then from the original line of extraretinal fibrovascular proliferation; and 4) laser, vitrectomy, or both might be needed when a recurrence is not recognized until the disease advances to stages 4A, 4B, or 5.

There are several benefits of bevacizumab for ROP.

Completion of vascularization is the end point of the disease. In these babies, usually one intravitreal injection of half the adult dosage is administered for each eye. Any remaining avascular retina in very pre-term infants does not present oxidative stress that will induce late neovascularization. However, if severe membranes have been allowed to form before treatment and might cause a late tractional retinal detachment, then laser therapy may be indicated sometime later.

Bevacizumab is effective more rapidly compared with laser therapy and immediately stops the effects of VEGF not only in the peripheral retina but also in the vitreous by an antigen-antibody reaction that is not destructive to the retina.

Bevacizumab enlarges the window of treatment: When ROP is treated early with laser, more infants are treated than necessary. Less damage is done with bevacizumab than with laser. If treatment is done late, there is still a chance of getting good results with bevacizumab even with severe zone I disease or when vitreous hemorrhage or dense iris vessels prevent adequate dilatation to perform laser therapy.

Bevacizumab did not cause any ocular complications in animal models or in one human case report. Surgeons must be alert for immediate traumatic events and for later adverse events, such as cataract, retinal detachment, endophthalmitis, and recurrence. No systemic toxicity (brain, lung, kidney, etc.) has been seen in pre-term pediatric patients with ROP, although bevacizumab treatment has been used off-label and in randomized clinical trials for more than 6 years. Large prospective studies are needed to confirm efficacy (better or equivalent quantitative and/or better qualitative outcomes) and determine if there are any effects on organs other than the eye, such as mentioned above in the developing pre-term infant, Dr. Mintz-Hittner cautioned.

Dr. Mintz-Hittner called for better pharmacokinetic studies, that is, human plasma samples that are obtained over a period of at least 1 month from pre-term infants previously untreated with laser (which allows increased escape of bevacizumab from the eye) who have received a small volume of drug with a small-gauge needle of intravitreal bevacizumab for vision-threatening ROP.

A registry should be compiled, she said, of infants being treated with bevacizumab who are not part of a large randomized trial in order to follow them for the development of any immediate complications, ROP recurrences, and long-term toxicity.

Studies on survival should be conducted to determine deaths that are related to bevacizumab treatment, she suggested. Studies should also be undertaken of specific organs that vascularize late in the gestational period (i.e., brain, lung, and kidney).

“The peripheral retinal vessels continued to develop after bevacizumab monotherapy, but laser therapy caused permanent destruction of the peripheral retina,” Dr. Mintz-Hittner said. “We suggest that surgeons continue to follow their patients at least on a yearly basis as is standard following laser therapy. Independent individuals should grade the results because masking is difficult.

“Optical coherence tomography (OCT) is important for identifying macular edema following bevacizumab versus laser therapy, and the final macular structural outcomes should be compared with visual acuity,” Dr. Mintz-Hittner concluded. “OCT is important to study the peripheral retinal structure following bevacizumab therapy and should be correlated with visual field testing to determine if the vascularized peripheral retina is functioning.”

Dr. Mintz-Hittner has no financial interest in the subject matter. Dr. Mintz-Hittner delivered this presentation during Pediatric Subspecialty Day at the 2011 meeting of the American Academy of Ophthalmology. Bevacizumab is not FDA approved for use in neonatal populations or in ROP. 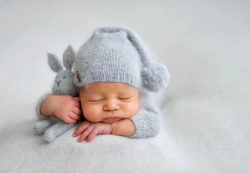