The most important information the author learns occurs when she has the opportunity to exchange ideas with fellow managers and administrators.

The most important information that I learn occurs when I have the opportunity to exchange ideas and information with my fellow managers/administrators.

It appears that the current dilemma facing a number of managers is one I will call "presumed power." This often-crippling phenomenon is one that no managers presume will ever happen to them-until it hits them like a wet towel in the face.

It occurred to me in the mid- to late-1990s. I was attending a conference in Atlanta and happened to have some free time one afternoon. My friend, Nancy, and I headed to "Underground Atlanta" to shop and have lunch. Nancy, being way more adventuresome than I, turned a corner and stumbled upon a tarot card reader.

I was raised with a tremendously superstitious Irish grandmother who had amassed numerous superstitions throughout her long life. One story in particular that she often told regarded tea leaves and tarot cards.

Unknown to Nancy, I had been struggling with the decision to leave my current manager's position and return to my original roots at the county hospital. I had left the county 4 years prior to become the clinical director at my current location. Now, it appeared the clinical director position at the county had opened up and they wanted me to apply for the position. This had been my dream throughout my career and it was finally occurring. Yet, I found myself torn.

Sitting with the card reader, I was a wreck. I had no idea what was going to happen, but I sure didn't expect what occurred next. I was advised not to speak to her unless she spoke to me. So I sat there stone-faced.

She turned over the cards, placed her hands on the table and said, "You left once before-why are you going back?!"

I would have been less shocked if Tom Hanks had walked up to me and asked me to star in his next movie because I had talked to NO ONE about this!

I responded quietly, "I am going back to be the manager at the place where my career began."

"Do you perceive this as a position of power you are returning to?" she asked.

She slammed both hands on the table, stared me straight in the eye and said, "Presumed power. You will never have what you perceive as the real power to run your clinic. You will not stay there and will finally achieve what you are seeking but only after almost giving it away!"

Everything after that was a blur. And yes, like any good skeptic, I left my job and went back to "my home" to be the manager. It took less then 2 years before I began to understand the phrase, presumed power. 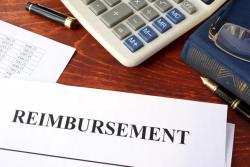