Artificial cornea may be alternative to repeat PK in certain patients

Findings of a retrospective case review show that eyes that underwent implantation of the Boston Type 1 keratoprosthesis had greater improvement in visual acuity than those undergoing repeat donor corneal transplantation.

Take-home message: Findings of a retrospective case review show that eyes that underwent implantation of the Boston Type 1 keratoprosthesis had greater improvement in visual acuity than those undergoing repeat donor corneal transplantation.

Baltimore-Patients who underwent implantation with an artificial cornea (Boston Type 1 keratoprosthesis [KPro]), Massachusetts Eye and Ear) had greater visual improvement and were more likely to retain this improvement for at least 2 years than patients who had undergone repeat full-thickness penetrating keratoplasty (PK).

In this single-center, retrospective case series, rates of complications were similar for the two procedures.

One conclusion that could be drawn from these findings is that, pending further studies-particularly prospective clinical trials rather than retrospective reviews-the use of KPros could be expanded, said Esen K. Akpek, MD, the Bendann Family Professor of Ophthalmology and Rheumatology, Wilmer Eye Institute, Johns Hopkins University School of Medicine, Baltimore. She and her colleagues conducted the study and have submitted a manuscript for publication.

“Perhaps KPro is being underutilized,” Dr. Akpek said, suggesting that many physicians may be unfamiliar with several recent studies that have reported favorable outcomes with implantation, or that they may associate the prosthetic with earlier designs and surgical techniques that were less successful.

“Maybe we should do a head-to-head comparison of repeat donor keratoplasty versus KPro in patients who have already failed a donor transplantation,” Dr. Akpek said. “It’s not known how many transplants you can possibly do with reasonable expectation of visual recovery. After how many should you stop because the risk of complications goes up significantly? That’s not known. How many failed transplants should you have before you switch to KPro?”

Though numerous studies have examined the outcomes of repeat donor corneal transplantation or, separately, implantation of the device, there is little information comparing the relative merits of the two.

Dr. Akpek and colleagues took an initial step toward obtaining such evidence by conducting their review, hypothesizing that the visual outcomes of the device would be superior to repeat PK over an intermediate follow-up period.

They reviewed medical records of patients who had undergone any corneal transplantation procedure at the Wilmer Eye Institute from January 2008 to December 2010.

The analysis showed that patients undergoing implantation with the device had greater mean improvement in visual acuity compared with baseline at each postoperative time point. In the PK group, 35% of eyes achieved best-ever vision of 20/70 compared with 45% of KPro eyes.

Since KPros are mainly implanted in patients ineligible for donor keratoplasty, the baseline characteristics of patients in the device and keratoplasty groups had large discrepancies.

“The patients in the KPro group started with much worse visual acuity and more comorbidities, but at the end of the study they seemed to do fine,” Dr. Akpek said.

However, the incidence of retroprosthetic membrane formation in the KPro group was 26%, while the rate of retrocorneal membranes in the PK group was much lower (4%).

Though these results suggest that the device could be an alternative to repeat PK in selected patients, more needs to be learned about the preoperative patient profile most likely to produce good outcomes, Dr. Akpek said.

The pool of prospective patients for a direct comparison between PK and the device would be relatively small, perhaps only 10,000 patients a year in the United States, she added.

However, these patients are usually younger than those who undergo treatment for other eye diseases, such as macular degeneration, and are otherwise relatively healthy and in their most productive stage of life.

Prospective comparison studies could help demonstrate whether it would be more effective to recommend the device rather than a series of donor corneal transplants with increasing likelihood of failure.

This article is adapted from Dr. Akpek’s presentation at the World Cornea Congress VII preceding the 2015 meeting of the American Society of Cataract and Refractive Surgery. Dr. Akpek has no financial interest relevant to the subject matter. 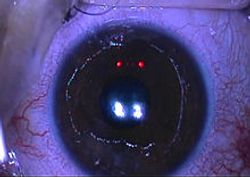 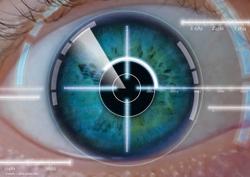